Q and A with 'Electroboy' Andy Behrman - Part Two

This is part two of an interview where I explore the inner-world of Electroboy, Andy Behrman. Mr. Behrman speaks candidly about bipolar myths, combating stigma, mania, depression and everything in between. In part one, Mr. Behrman discusses bipolar mania, his use of drugs and alcohol, and hypersexuality.

9- What is your view on the link between mental illness and creativity?

There are so many theories about the link between the two and it’s clear that so many artists, writers and poets have suffered with mental illness. Dr. Kay Redfield-Jamison’s study of British poets and their mental illness is fascinating. But I don’t have my own theory but I should say that there are so many people who suffer with mental illness who cannot be classified as creative. If you had 977 racing thoughts going through your brain in a given day, the chances of one of them being not only creative, but also brilliant is huge. I think that’s my absolutely novice theory. 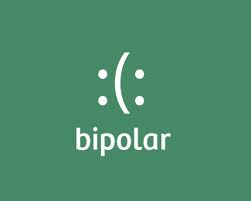 10- What is the number one myth about bipolar disorder that people should be aware of?

There are too many to limit my answer to one, so I’d have to say that we’re not a violent population but also that the illness is not a death sentence. Although I’m not a fan of the word “recovery,” I do believe that with so much technology available to us and knowing so much more about bipolar disorder than we did even five years ago, our chances of being able to cope and manage with this illness have been highly increased.

Being forced to stay on a rollercoaster for days upon end. Lots of fun and lots of panic at the same time.

12- When you got your symptoms under control, did you grieve your mania at all? Did it feel as though a part of you had died?

At first, I think I was so heavily medicated that I think I was so flat, I had almost no personality, so of course I thought that I had actually become a terribly boring person. But once I was on less medication, I realized that I was the same “Andy Behrman” that I was before: fun, funny, creative and passionate about living.

Emotional paralysis and a frightening feeling of suffocation. Eight words.

14-When someone has a mental illness and substance abuse issues, which concern should be treated first?

Without a doubt, the substance abuse issue must be addressed first, because there’s got to be a “baseline” so the mental health care professional can assess what’s happening with the influence of drugs and alcohol.

15- You seem to be all about outside the box alternatives for depression. What would you recommend for the mental health consumer that has tried it all?

As you know, I chose electroconvulsive therapy (ECT) when 45 drugs had failed to make any improvement in my condition. But today, and specifically since 2008, there are other alternatives including transcranial magnetic stimulation (TMS). Here in Los Angeles, Dr. Kira Stein, an expert in depression is making use of TMS, in conjunction with a holistic approach to treating depression including diet, exercise and meditation.

16-When I was hospitalized for major depression, I refused ECT treatment. Do you think I made a mistake? Is the media-created stigma surrounding this treatment causing people to miss out on something that may actually ameliorate their symptoms?

It’s true that the media has created tremendous stigma about ECT and most people think of the character of Randall P. McMurphy, played by Jack Nicholson in “One Flew over the Cuckoo’s Nest.” But ECT has tremendous short and long term side effects and doctors who perform ECT, in my opinion, minimize them. ECT is invasive and causes cognitive impairment which keeps many people from either living on their own or being able to function effectively for quite some time. It’s why I think TMS, which for now, is approved by the FDA for depression, will probably be future of treatment for depression and other psychiatric problems.

17-When I released my memoir, I had the instant feeling of ‘I can’t believe I just told the world that!’ Did you ever regret laying it all out on paper for the world to see?

I only had regret when I gave my parents an advance copy of “Electroboy.” But in time, they both were not only comfortable with my having been so upfront about my experience, but also proud. The ratio of mail from readers that I receive lauding my honesty compared to the hate mail is about 100 – 1.

18- Will there ever be a time when mental health stigma is a thing of the past?

Not in a word where people continue to see people with depression as being lazy and people with bipolar disorder as being crazy. We’re not lazy or crazy. We have brain disorders. 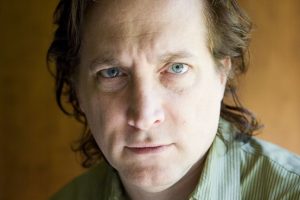 No, because I still am. But my definition of crazy is different than the normal definition of crazy: passionate, enthusiastic, fun, wild and completely aware that there’s very little time left in my life to get to places like Tierra del Fuego and Madagascar.

20- Today, right now, do you consider yourself ‘mentally ill?’

No, but I know that I am successfully coping and managing my bipolar disorder. I’m vigilant. But I always know that trouble lurks around the corner.

21- Say, I’m a teenager who just got diagnosed with bipolar disorder. Can you give me some advice?

Most importantly, I would tell this teenager that there is so much hope and that he or she is not alone. And that if she can be vigilant about treatment and really wants to get well, it’s right there. The one horrible issue is that there are very few people in this country that can afford good mental health care, many who have little access and even more who, because of stigma, don’t seek treatment.

22- We’re here on HealthyPlace.com, America’s Mental Health Channel. Any final words for consumers of mental health services in the U.S.?

Q and A with 'Electroboy' Andy Behrman
Combat PTSD: Winning the Battles After the War
Cynthia Forget
February, 23 2015 at 9:29 am

Once again, great interview. You sum it all up nicely. I wish I could get stabslized sometime soon like Andy. it's been a number of years of adjustment to meds, but what's important is I'm still trying.
Stigma kept me from seeking help for about 20 yrs. I self medicated instead, thinking I could treat it with illicit drugs and borrowed meds.
Thanks to Andy, I've learned its ok to be mentally ill. I don't need to hide this under a cloud of haze, but rather be proud of my uniqueness from others.

great blog. I always love Andy's Suff. I can relate well. Ito had a similar story as his. I was a wild man in my untreated days before my psychotic break. Then I got help & psychiatrist.
I think I have a little man crush on Andy haha
Wish to meet him someday.
Keep up the great work.

Good day! I simply would like to give an enormous thumbs up for the great information
you’ve got here on this post. I might be coming back to your blog
for extra soon.

E C T is BARBARIC.Could barely remember my name for a few days. Barbaric and it should be mad illegal