In a recent column for the Calgary Herald, writer Licia Corbella states that she believes Glee star Cory Monteith would still be alive today if it wasn't for Vancouver's safe injection site, Insite.

As a professional who works with people struggling from addiction from both a harm reduction and an abstinence model, I barely even know where to begin with addressing how wrong and distorted her views are.

Drug Addicts Are Some of the Most Resourceful People 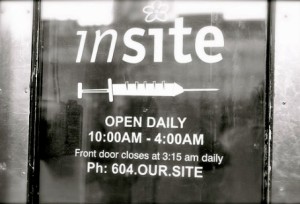 I don't know Ms. Corbella but I can tell from reading her work that she simply does not know a whole lot about your everyday, run-of-the-mill heroin addict. People addicted to 'down', as it is commonly referred to on the street, are extremely resourceful. And if you have a pocket full of cash, as Mr. Monteith likely had, you become even more resourceful.

What really bothered me about her piece was the assertion that she doesn't think it is as easy to find heroin in other major cities. She specifically sighted Montreal. From spending time in Montreal and seeing heroin just by walking around downtown, I could tell that this was rubbish. With a simple Google search and thirty seconds, I was able to find a number of areas in Montreal where people can go to buy heroin.

I also asked a client of mine, who has done and sold drugs from coast-to-coast if it's hard to score in Montreal. His exact words: 'Give me two seconds and I'd find some.' He also said you can find it in any major city with little effort. Just to make absolutely sure, I also asked a professional who used to work in the addiction field in Montreal. She scoffed when I asked how hard it is to find heroin in Montreal.

If You Want Drugs, Go Near the Drugs

If you are addicted to any drug, you won't stop until you find what you are looking for. Anyone addicted to drugs knows that in order to find the drugs, you go to where people do the drugs; near homeless shelters, drop in centers, street outreach offices, methadone clinics to name a few. You simply approach a few people, tell them what you're looking for and anywhere between a couple of minutes to a couple of hours, you will have found your fix.

Yes, since Vancouver's drug scene is much more widespread than most places, it would be easier to score there. But that doesn't mean that Mr. Monteith couldn't have scored in any other North American city. When there's a will, there's a way. And with the punishing allure of heroin addiction, there is always a will.

Insite Does Not Provide Illicit Substances

Ms. Corbella even goes on to blatantly spread false information. This line sent shivers down my spine. "But no one ever asks how many people have died of drug overdoses who use the safe injection site as a legally safe place to procure drugs."

Yes, Ms. Corbella, people have asked that. And if you would have bothered to do one single second of research, you would know that there have been no overdose deaths at Insite. None. Zilch. Zip.

Insite does not, and has not ever, supplied drugs to users. This appears to be something that Ms. Corbella simply made up.

Loved By All - Missed By Millions 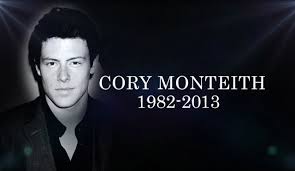 Mr. Monteith's death is definitely quite sad. He was a great actor and appeared to be loved by all around him. But he didn't die because he was in Vancouver. He died because he took way too much heroin and he mixed it with alcohol. Two downers mixed together can be extremely dangerous, likely something that Monteith already knew before he took the lethal hit.

Logic often goes out the window when you are in an active addiction.

Too bad it also went out the window when Ms. Corbella's column was written.