Why Ignorance Isn't an Excuse for Mental Health Stigma 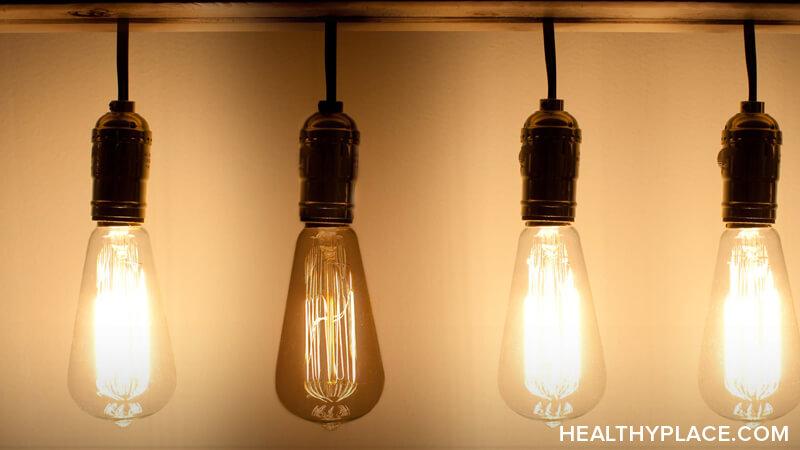 Using ignorance as an excuse doesn't mean what someone said or did wasn't stigmatizing toward mental health or, more specifically, mental illness. Why? Because stigma isn't about intent. Stigma is the negative ideas and misconceptions of mental illness, whether intended or not. Ignorance only determines whether you're mistakenly stigmatizing mental health or doing it on purpose. But stigma is stigma, whether you know any better or not.

What Is Ignorance and How Does It Factor into Mental Health Stigma?

The words ignorance and ignorant are often used as insults in an effort to "prove" that someone isn't smart. But, Oxford Dictionaries defines ignorance as "lack of knowledge or information."1

If someone doesn't know correct information about a topic, there's a chance they may spread misconceptions about it. This happens regularly with mental health. People that don't know any better or don't realize how what they're saying is wrong and hurtful misuse terms like "crazy," "OCD," "bipolar," and "depression." This spreads negative ideas such as instability and choice and misrepresents mental illnesses by oversimplifying them. Obsessive-compulsive disorder is one that often falls to this as people talk about "having OCD" because they're neat freaks. Depression is often portrayed as a slump or irrational choice to be sad ("Sadness vs. Depression: What's the Difference?").

When people say these things, they're not necessarily trying to be mean and belittling, but what they're saying is stigmatizing all the same.

How to Prevent Ignorance-Based Stigma from Spreading

In these cases, education of mental health issues is our biggest asset. I know I've written a lot before about how some people just aren't receptive to correct information about mental illness("What If Mental Illness Stigma Never Goes Away?"), but I've found when it comes to people who are unintentionally spreading stigma, they're willing to listen and learn when I've had a conversation with them about mental health. The key is to do so without going on the defensive because that will likely set them on the defensive too. Here are a couple tactics you can use:

I recommend approaching them in that order, otherwise, you're just sloughing off more information that doesn't quite land anywhere. Although it doesn't always seem like it, humans are made to connect with one another. So let's use that connection to counteract ignorance and stop the spread of stigma.

Really hate that word STIGMA. It seems it only associated with mental illness and if people keep using stigma and mental illness in the same sentence... mental illness stigma
Ignorance.... better to be thought a fool than to speak and remove all doubt
Right.
Sometimes we just have to accept that people do not want to know...
I had a girlfriend who used every jab and cut rude remarks and body language against knowing or learning or accepting mental illness so she could to make HERSELF seem “normal”. And she is a “public” speaker and has put her name on 3 books. Marketing....advertising..hmmm their agenda is to make you believe them.
HAD a friend

Hello. Those are very valid points. You’re absolutely right — unfortunately, there are times when people just won’t listen and continue to say negative and hurtful things anyway. Sometimes those people are also visible in some way or another. I’m sorry to hear that your friend was like this and I hope you’re able to find a way to move on and heal from what she did. I know it’s easy to say, but you are better off without that kind of negativity in your life.
You’re also right about how stigma is frequently associated with mental illness. With how much more mental illness is spoken about, it feels like it’s everywhere. Sometimes it’s good to take a step back from all the noise around us. I recommend taking a look at the self-care articles available here at HealthyPlace; I’m confident you’ll find something that works for you.
I’m happy to chat about these things more if you’d like. Don’t be afraid to leave another comment. :)

I applaud this wonderful read! This is such a key point for people to understand: "If someone doesn't know correct information about a topic, there's a chance they may spread misconceptions about it." -- TRUE! As you mentioned, our biggest tool here is education, and with that, honest communication. We need to set a foundation for open, clear and informed discussion. Ignorance is not an excuse, and we can play a part in stopping that reasoning.