Signs of Mental Struggle Get Missed Because of Stigma 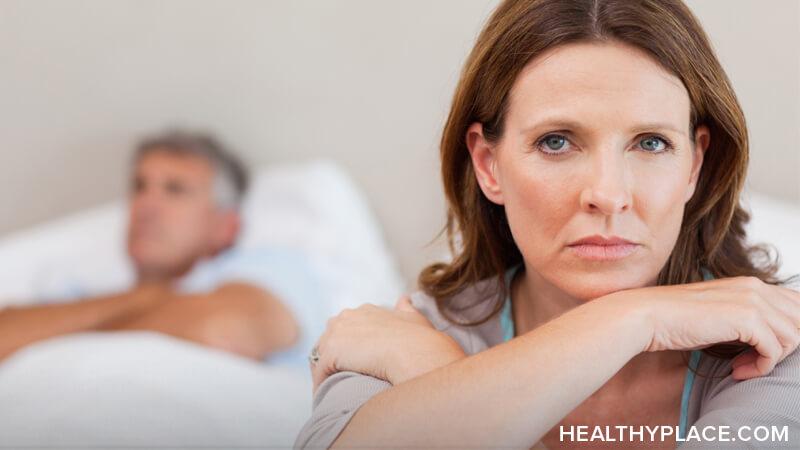 We miss the signs of mental struggle others are going through because mental health stigma presents warped ideas of what mental illness and the people with it look like. If we're only looking for those that fit a certain mold when trying to pick out someone with mental illness, chances are we're going to miss those who are in a mental struggle.

Mental struggle hides in plain sight, and we don't see it because of stigma. I'll use depression as an example. Stigma presents us with this idea of a weak individual in a cycle of sadness. Even non-stigmatized ideas of depression often leave us with the notion that depression is only a strong sense of sadness and despair. (The difference being non-stigma doesn't have weakness in the equation.) Did you know there are other symptoms of depression, though?

Signs and symptoms that are frequently overlooked include irritability and apathy. I'm choosing these two specifically because they're the ones that affect me most poignantly. Yes, I have the emptiness and sadness that are part of the typical image of depression, but I think of those more as my inward symptoms that no one really sees. My outward symptoms manifest as irritation and a lack of interest in pretty much anything.

What Happens When These Signs of Mental Struggle Are Missed?

I don't often say I struggle, but lately, that's my reality. As a result, my irritability and apathy in my depression have become much more intense. It's an interesting mix because, on the one hand, something can bother me and I get snappy. On the other, the phrase "couldn't care less" is very apt. But, since people aren't looking for these signs nor understanding they're a part of my depression, they're responding in ways that do more harm than good, such as by snapping back at me.

Speaking personally (although I imagine others feel the same), compassion and empathy would go a long way here. Instead, I've been labeled mean, rude, cold, and emotionless. Not once has someone asked, "Are you okay?"

That's where the problem lies when we miss these kinds of signs of mental struggle. Antagonistic tones and questions don't often lead to people opening up about what's actually going on. Instead, people suffer in silence and die by suicide because of that suffering.

My ask to you is to check on someone if he or she is behaving in a way that concerns you. He or she may not open up, but at least you've shown that you're open to the conversation and that can save lives.

APA Reference
Barton, L. (2019, January 28). Signs of Mental Struggle Get Missed Because of Stigma, HealthyPlace. Retrieved on 2023, January 31 from https://www.healthyplace.com/blogs/survivingmentalhealthstigma/2019/1/signs-of-mental-struggle-get-missed-because-of-stigma

I so thank you for sharing this read because it is truly such an important one. It's easy for people to only attribute the stigmatized symptoms with things like depression and not really look for, or consider anything else. This can be damaging in so many ways, leaving people feel unseen or excluded and without the help they could really use.

Thanks, Lizanne! After encountering these things myself of late, it felt important to talk about. I figured if it’s been on my mind as someone with mental illness, it’s probably safe to say it’s been on others’ as well. I hope this’ll help people look beyond the boxes we’re placed into. :)