Have you ever heard someone say: “It doesn’t matter what your sexuality or gender is! Why label yourself?” Didn’t it feel uncomfortable and kind of, well, wrong? While I do see the implied positivity in those words, I can’t help but frown at the mere mention of them. As someone who identifies as pansexual, I find it offensive. Usually, people who are not lesbian, gay, bisexual, or questioning (LGBTQ) would say something like this. Most often, they are people who are straight or cisgender (someone whose sex matches their gender). Personally, I believe that identifying as LGBTQ is extremely important because it makes us visible rather than invisible. When we decide to come out of the shadows and embrace our true identity, it often has a positive, rewarding effect on our mental health.

Coming out as LGBTQ When It’s Safe 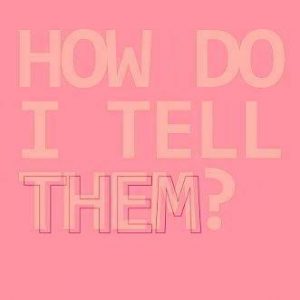 Of course, I am aware that not everyone has the privilege of coming out as lesbian, gay, bisexual, transgender, or questioning. It’s a very sad and upsetting reality that many of my fellow LGBTQ friends have to struggle with a life of secrecy. Their environment does not allow for them to come out as LGBTQ. If they did, many of them would lose jobs, see their family and friends walk away, and even have their lives threatened. It gets worse when one is a person of color and also identifies as LGBTQ.

Erasure and Denial of the LGBTQ Community

I am grateful that I learned so much about LGBTQ history in college. My feminist classes taught me about the rich and lively history of the LGBTQ community which is not taught in "regular" curriculums. It is very sad and upsetting to see how LGBTQ history has been suppressed and kept in the dark. Personally, I believe this is one reason why so many LBGTQ people suffer from mental illnesses. When we do not see ourselves reflected in our culture and society, we feel invisible and worthless. These negative feelings fester until we start hating ourselves and believe that something is inherently wrong with us. The amount of LGBTQ people who commit suicide is staggering.

Identifying as Queer is a Journey

Now that I have accepted my sexual orientation as pansexual, I don’t feel as ashamed and confused as before. Sure, there are some tough moments, but I feel better prepared to deal with them now. Whenever I experience biphobia, I try to tell myself that there is nothing wrong with being LGBTQ. I shouldn’t feel ashamed of living as my true, authentic self. If anything, I want to be more active in the LGBTQ community and be more outspoken for queer people. There are so many LGBTQ people suffering in silence with mental illnesses. Perhaps if the world were a little more accepting and inclusive, we wouldn’t have so much sadness and self-hatred.

Differences Between Bisexuality and Pansexuality
My Gender Identity Struggles: Identifying as Genderqueer