Officially Coming Out as Queer and Mental Health 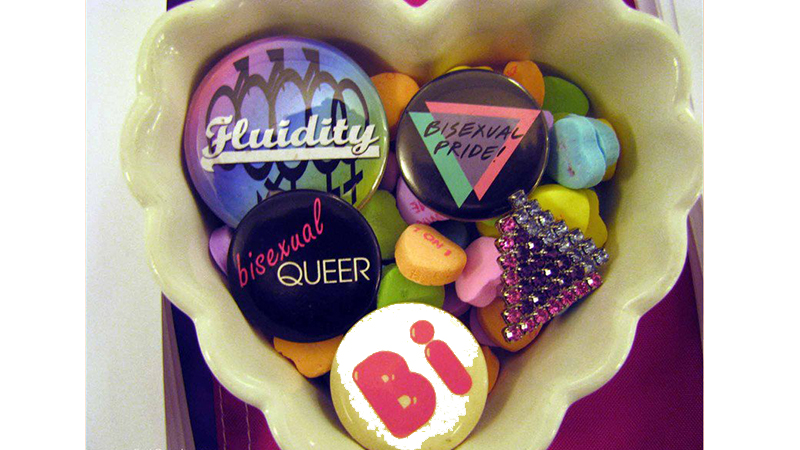 The decision to come out as queer may affect your mental health and is a very difficult and emotional decision. There are many people who do not have the chance to come out as lesbian, gay, bisexual, transgender or questioning (LGBTQ) because of discrimination and potential violence. Many young LGBTQ people run the risk of getting kicked out by their parents. When a person is safe and comfortable to come out as queer, though, the results can be extremely positive and can even improve his or her mental health.

Coming out as Pansexual and Genderqueer and Mental Health

Roughly two weeks ago, I finally made a video about coming out as pansexual and genderqueer. I posted the video on Twitter and Facebook, knowing that it was a big risk for me. Most of my family is on Facebook, so I was expecting confusion and uncomfortable silence to my coming out video. Instead, I was very happy and surprised to see the opposite: a lot of my family members were extremely supportive and happy for me. One of my friends was even proud of me for being brave and coming out. It made me feel really good, to know that I can be myself and no longer hide my true identity.

I can definitely say that a year ago, I would have been horrified at the mere thought of making a video where I come out as pansexual and genderqueer. I was so worried about the reaction of my family and friends. But now I know that in order for me to heal with my depression and anxiety, I have to be proud of the person that I am. I can no longer be ashamed of my sexual and gender identity. It’s okay if I don’t fit into what society considers normal. I am attracted to a person regardless of their gender identity and most of the time, I feel like a guy. If someone doesn’t like that, then it’s okay. They don’t have to like me. But that doesn’t mean that there’s something fundamentally wrong with me. Coming out as queer has been good for my mental health.

Coming Out Is Beneficial to Mental Health in Queer Individuals

I really do believe that coming out as queer to my friends and family is helping my mental health. I feel happier, like I no longer have to hide who I am. I am lucky and privileged that I have had a mostly positive response. Even though I still have depression and anxiety, I feel less of it now that I have come out as pansexual and genderqueer. I think it’s safe to say that coming out is extremely beneficial to better mental health, as long as the person is safe in doing so. Now I feel less ashamed and I even have more confidence. It’s a decision that I definitely don’t regret.

Help for Alcohol Abuse When You Identify as Queer
Introduction to Andy Winder, Author of  ‘The Life: LGBT Mental Health’
Cassie
May, 10 2020 at 9:14 pm

This article was inspiring. Thank you for posting your story, it really means a lot and needs to be spoken about. I just read this article about mental health and LGBTQ youth, https://www.ez.insure/2020/05/lgbtq-youth-mental-health/. It gets pretty deep and the suicide and depression rates are unsettling. Thank you for sharing your story and I hope it helps others and get them to talk to others.

You're right, lots of people don't have the opportunity to come out and I'm glad you did.
This is why we live in such a fantastic generation, technology is maturing, blogs like this are no longer a secret, people can talk about their mental health issues and gender issues without having to feel embarrassed in a face to face conversation, http://www.reachout.life Mental health is so important and honesty helps. Great post, good vibes.