Any serious PTSD blog (and that is definitely what I want this to be!) has to start with the lowdown on the details of posttraumatic stress disorder itself. If you've heard about PTSD in the media or if you have a friend or family member - or even think you, yourself, might have a touch of this completely normal reaction to an abnormal circumstance - then right off the bat, it's good to know how to recognize PTSD (symptoms of PTSD) so that you can begin to wrangle the beast.

Defining PTSD Through the Response to Trauma 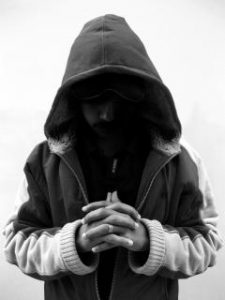 By the time my trauma was over, I’d been in the hospital for several weeks. When I was released my little thirteen year old self hadn’t the vaguest idea about how to cope with what I had experienced. So I didn’t. I pushed it all down, tried to ignore it and focused on learning how to get back to who I was before the world intruded. (Hint: That can’t be done!)

It didn’t take long for me to begin experiencing reactions to trauma that would become the foundation for full blown PTSD. Back in 1981 no one was applying posttraumatic stress response cues to civilian kids. The diagnostic criteria for PTSD itself grew out of the Vietnam veterans experiences, so it makes sense that my doctors didn't recognize what was developing in me.

Effects of Acute Stress Disorder May Appear After Trauma

The truth is though that despite individual causes of trauma, the PTSD response is universal. Here’s what you need to know….

PTSD Definition in the Diagnostic and Statistical Manual 5

Trauma survivors process the recent event through many individual patterns. The diagnosis of Posttraumatic Stress Disorder comes from criteria listed in the Diagnostic and Statistical Manual V (DSM-5), which is as follows:

The First of the PTSD Criterion Include:

The Second PTSD Criterion Is Re-experiencing:

The Third Criterion for a PTSD Diagnosis is Avoidance:

The 4th of the PTSD Criterion Are Persistent Negative Thoughts

The thoughts are mostly associated with the traumatic event.

The number of symptoms that are required for a PTSD diagnosis depend on the criteria cluster.

If you think you have symptoms of posttraumatic stress disorder, check out this HealthyPlace Online PTSD test.

Next Post: PTSD Caused By Many Types of Trauma

About Michele Rosenthal, Author of Trauma! A PTSD Blog
PTSD Caused By Many Types of Trauma
google
September, 7 2016 at 3:08 pm

I like what you guys are up too. Such clever work and exposure!
Keep up the wonderful works guys I've you guys to
my blogroll.

Interesting posts I'm enthralled and would like to add a comment again, is this ok? As someone who bluffed their way through school with no concentration etc. but went back to education and worked through it, I would just like to mention the importance of letting go of demanding and punishing learning styles, slowing down how you work, stopping relying on memory alone, developing confidence in your ability,visualization, dropping that fear of failure, developing your unique learning style, I could go on and on. Education gives oppurtunity, it can be done.

@Ronan -- Always happy to have you post a comment! We don't heal in isolation; we heal in community, and that's what this blog and comments are all about. :)
Love your philosophy; I believe that about life too: We always have to do things our way. Really, that's the only way. Only you know what's right for you.

In 1974 at the age of 10 I was electrocuted to death by 14,000 V of electricity from a high tension line. Building a fort in the top of a tree which ran up through those Line's. EMTs arrived 30 minutes later to restart my heart, not to mention the fact that I had fallen 30 feet from the top of the tree after this event. I received third-degree burns and works on my left hand and arm left thigh and right shoulder, tendons muscle and bone were exposed. I died six more times over the next 48 hours. I awoke after my last rights have been given, under the influence of heavy sedation, narcotics etc.. I felt like a ghost trapped in a glass bubble. Previous to this accident I already had attention deficit disorder. It took weeks for me to be able to recognize anybody let alone speak correctly. I spent three months in the hospital with horrific nightmares and fear and anxiety the likes of which I had never experienced before. Skin grafts with the end result before I was released, they shaved skin off my butt and sewed it to the exposed open areas. Then three months of homeschool tutoring: and I was expected to jump right back into school and society! I knew that I was intelligent, yet I could not for the life of me stay focused for any length of time. Family and friends were annoyed with me and actually got upset furiously because I could not seem to get it! This stigma has followed me all of my life and as a protection device I became the on-site comedian in order to distract people away from my condition... I personally know that I have had many strange physical and emotional side effects of which the doctors cannot understand. Eventually culminating in severe anxiety and depression, and ultimately withdrawal. It is a rare person that understands me and cares enough to take the time to befriend me. I started my own company at the age of 33 handcrafting rustic furniture from salvaged wood, very successfully I might add, and I developed quite a name, yet although I had that talent, for the life of me I could not market and sell my wares correctly. I have had back surgeries and other accidents during this time, and ultimately by the age of 40 my anxiety condition took over and finished me off. Finally by the grace of God and advocate helped me to discover that my adrenal glands and thyroid glands had been blown out and were not functioning properly, after having gone through a horrific period Of psych meds which made me even worse. Supplements have leveled me back out where my brain chemistry is closer to its Mark! Still, my life is a struggle, and it is 100 times harder for me to work through most normal situations. Mainly due to attention and memory. This is excruciatingly painful and sad. People treat me as though I'm an idiot, take advantage of me and generally walk away. Many times I have wanted to give up, but keep fighting the fight because there something in me that tells me to press forward.. I don't fit in, but I can't fit out??!!

Jay, you have a survivor's spirit -- I love it! I know so deeply what you mean about not fitting in or out. I always felt like I had a survivor self and a warrior self and there was a war between the two: one that wanted to hide and stay safe and the other that wanted to heal and be free. Eventually the warrior self won out but that was only after many years of fighting the fight. Have you discovered my radio show yet? YOUR LIFE AFTER TRAUMA airs weekly and offers tons of support for keeping yourself moving forward from the top minds in the trauma recovery field. Full archives are available for free: http://www.yourlifeaftertrauma.com/archives

I will look into it: rather shakey right now, have kind of fallen into depressive state lately. A lot on my plate.

[...] very upset. Usually, he’s the kind of guy who likes to travel on the drop of a dime but since PTSD began to control his life, he’s noticed that traveling takes an enormous toll on [...]

Could you explain how people understand with Borderline Personality Disorder and PSTD?

Hi, Taggie, I'm not sure what you mean about how people understand with BPD & PTSD. Can you clarify your question? Thanks!

I was invited to join your group by a current member and FB friend. I have had a lot of trauma in my life, am a widow and also proundly hearing impaired which occured over the years. I currently can't access my Email due to a virus on my computer which I've already had repaired. Have to go back to repair shop for a few computer lessons. Not good with Email yet.

Well done work! PTSD (post traumatic stress disorder) as clinical psychiatric entity is often confounded with many other psychiatric and non-psychiatric illness, that in oneself side causes diagnostic and therapeutic problems in daily medical practice. Furthermore, when it is known that we live and work in dynamic and competition time that require enormous physical and psychic enforcement, in order to keep step with current events. All this additional engagement enfeeble our psych-physic integrity, which one increases the possibility to be the victim of PTSD. It means, that even common life experienced traumatic event causes this modern psychiatric disease. It is important to realize that PTSD may be the prelude of many serious mental disorder as depression, peronality disorder and so on. In order to avoid these and others worst courses of PTSD it should to extend the specter of trigger factors of PTSD.I agree with your opinion, that PTSD isn't yet Wiet Nam war syndrom, but its inflict in many daily psycho-social difficulties, that ignored by routine psychiatric care service.

@Dr. Musli Ferati - Thanks for your comments; I agree: there are many causes and triggers for PTSD that need to be recognized and understood more precisely and immediately. Indeed, if I had had any professionals caring for me over the course of 25 years who could have properly recognized what was happening I might have overcome PTSD a whole lot sooner than I did!