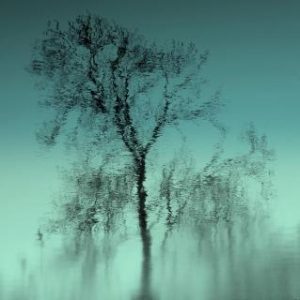 In 1981 a lazy doctor almost killed me. Who knows, maybe he was having a busy day, maybe he was hungry and just trying to get to lunch. Maybe he thought he knew so much about run-of-the-mill infections that he didn’t need to know so much about the unique disposition of individual patients. Whatever the reason, when I needed an antibiotic he failed to read my chart before prescribing a medication that my chart clearly noted as a possible danger.

What followed was a nightmare that lasted for over 25 years.

I took the antibiotic prescribed for my infection and within a week was in the hospital being treated as a full-body burn patient for an illness none of my New York City doctors had ever seen. An allergic reaction to the medication caused my entire body to break out into blisters that stretched over and around my body in swathes of skin measuring nine to twelve inches long and just as wide. By the time I was released from the hospital I had lost 100% of my epidermis.

The pain, of course, was horrific and went on for weeks before my release, as did the panic and fear since no one knew how to help me or how to predict what the illness would do. While I eventually experienced a full physical recovery emotionally I was not so resilient. Before I even left the hospital I shut down. When my mother suggested I talk about what I had experienced I refused. In my trauma recovery memoir I describe it this way:

I would not say out loud that I was trying to suppress the memory of a pain so intense it defied words. I could not explain that I was struggling not to be overwhelmed by a staggering number of new fears and feelings, nor even the latest fear: that I had survived the physical onslaught only to be undone by the emotions in its wake.

The effects of trauma on the brain have been documented and vary according to survivor. The beginnings of PTSD, however, are pretty universal as the symptoms fall into three main categories, all three of which I started exhibiting before I even left my hospital bed.

To me, avoidance is the number one symptom of posttraumatic stress that occurs almost immediately. It’s an active state of deliberately seeking to shut out any thoughts, ideas, memories, experiences, people, places, objects, sounds, sights, smells, tastes or feelings that remind you of the traumatic event. During my final days in the hospital, as my mom arranged for me to speak with a psychologist, I refused. There simply were no words to describe what I was already trying so hard to forget at the same time that remembering made me feel like I just might go crazy.

But forgetting isn’t that easy, is it? And so in various ways we re-experience moments, aspects and elements of our trauma in the form of intrusive thoughts despite our best efforts to shut them out. There had been a moment during my trauma, for example, when I had felt myself dying and had actually floated up out of my body. That memory haunted me more than any others. While I spent a lot of time trying to squash memories of the pain, I was powerless to stop the constant replay of my float up toward a tunnel ringed with white light. Nor could I stop the nightmares that began about someone trying to kill me. While frightening flashbacks are common for many PTSD survivors mine were infrequent and caused less distress than the memories and emotions that seemed to constant threaten to flood me.

I walked out of the hospital and back into my life in a high state of alert. I had learned some things about the world that, as a thirteen year old girl, I had never considered before. The idea that I was unsafe, and that the very people supposed to keep me safe could make grave mistakes that put your life in danger. I easily slipped into a state of arousal in which I was on high alert, hypervigilant and hyperaroused as I attempted to keep myself safe by anticipating any and every danger. I startled easily and felt increasingly out of control while fighting more and more to be in control.

It’s natural after a trauma for both the body and mind to require time to organize and integrate the experience in ways that allow both the body and mind to recalibrate and return to homeostasis. What morphed all of my normal post-trauma responses into full-blown PTSD was the fact that they lasted for more than four weeks and interrupted my ability to function in several areas of my life.

If you suspect that you have symptoms of PTSD check out the Healthy Place Self-Test, and then bring the results to your doctor or healing professional to begin charting your path to freedom.

Thankyou so much for this information and test. Ive looked everywhere for information on PTSD for people who didnt get it from going to war. Have come to learn that I have PTSD but I can only remember bits and pieces sense the memories just started to surface but most of the time Ive been alive its been there. Id like to go to a Doctor but the memories would probably be to weird and it might get me into more trouble given that some of it was done by government people and so I will stay quiet in order to stay safe. Any and all info on PTSD is appreciated. Thankyou

Hi Michele,
Thankyou for your blog.
I have recently begun to suspect I have PTSD, and the more I learn, the more the suspicion grows, despite sceptical response from medicos.
It's the avoidance thing that rings bells for me - makes it really hard to communicate when your own mind doesn't actually want to think about things.
Anyway, thankyou so much - I will continue to explore your blog in future, and will no doubt comment again!

@Alan -- Your so welcome! We're all in this together. :) If you suspect you have PTSD the best thing to do is find out for sure so that you can move on to recovery. Have you discovered the Healthy Place PTSD test? It's a good way to start filling in the picture for yourself. You can find it here: http://www.healthyplace.com/psychological-tests/ptsd-test/
You're so right about avoidance! I think it's really the #1 PTSD problem. Lots of ways to heal. When you clarify your diagnosis stop back by here and we can chat about organizing your healing path.

[...] I ask you what you’re good at I know that’s a sort of loaded question. Struggling with symptoms of posttraumatic stress can make you feel like you’re just not good at anything, unless it’s being depressed, [...]

[...] PTSD recovery? No, but it’s in these small instances that we create that leads to recovering from symptoms of posttraumatic stress and eventually lead you to freedom. Tweet This entry was posted in About PTSD, PTSD [...]