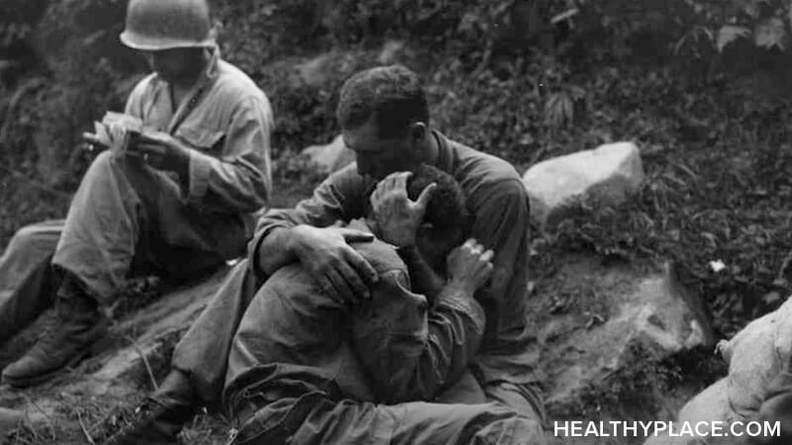 One of the things all of us in the combat posttraumatic stress disorder (PTSD) arena struggle with, is getting veterans to admit to experiencing combat PTSD symptoms. There is a pervasive problem – in spite of educational initiatives – wherein veterans just don’t want to admit to struggling post-combat (or at any time). Considering the culture of the military and society at large, it’s understandable. Here are some of the reasons why veterans don’t admit to combat PTSD symptoms.

We, in the medical community, and many, many enlightened others will tell you: combat PTSD has nothing to do with weakness. Anyone from the soldier next to you to the most elite Special Forces warrior, to a five-star general can suffer from combat PTSD. Experiencing posttraumatic stress after serving in a combat zone is simply a brain’s reaction to a very tough situation (What Happens in the Brain When You Suffer from Combat PTSD). It is absolutely no measure of a person’s strength. In fact, many, myself included, would say it takes enormous strength to handle the issue of PTSD and that shows the character that soldiers strive for.

Why Not Admit to Combat PTSD Symptoms? PTSD Can Harm Military Careers 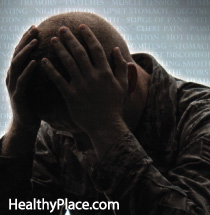 It is a sad fact that many soldiers are worried that admitting to combat PTSD can harm their careers in the military. Certainly, I can’t say this has never happened and certainly, I can’t say this will never happen again, but what I can say is that it shouldn’t happen. The military has been working hard to educate all soldiers that combat PTSD is a medical illness and it can be handled medically, like any other. And a medical illness shouldn’t prevent a successful career in the military. In fact, ignoring combat PTSD could lead to worsening symptoms and other illnesses (Other Mental Illnesses that Commonly Occur with PTSD) and that may be what ends a career in the military. Similarly, getting treatment for combat PTSD does not necessarily jeopardize one’s security clearance.

Why Don’t Veterans Admit to Combat PTSD? Fear of a Loss of Respect

Some military veterans fear that others will look down on them if they admit to combat PTSD. They fear that other soldiers will reject them and even civilians will lose respect for them because they have admitted to this perceived weakness.

In fact, in my experience, the opposite is often true. Most veterans have either experienced some degree of posttraumatic stress or know someone who has so they actually tend to rally around others in distress. Opening up about combat PTSD symptoms actually allows others to support you and talk about their own struggles with the illness. Admitting to combat PTSD and getting help can actually lead to a sense of support and community.

You Have to Admit to Combat PTSD Symptoms to Get Better

What’s important to remember is that combat PTSD harms one’s life and the lives of those around him or her and this can’t improve until the problem is acknowledged and PTSD treatment is sought (EMDR Therapy for PTSD and Trauma Victims). While the reflex of not admitting to combat PTSD symptoms is quite understandable, it's something that a veteran must overcome in order to recover.

Harry Croft;
Thank you for your inspiring message. I have added a link to this article from my Mental Health Awareness blog. Let me know if you would like to share anything else on my site or if you have any comments about my post. I am trying to get the word out about Mental Health. If you have any advice on how to create more viewership with my blog let me know, it would be greatly appreciated!
Kylee Morris
Mental Health Advocate
https://afightforhope.wordpress.com/