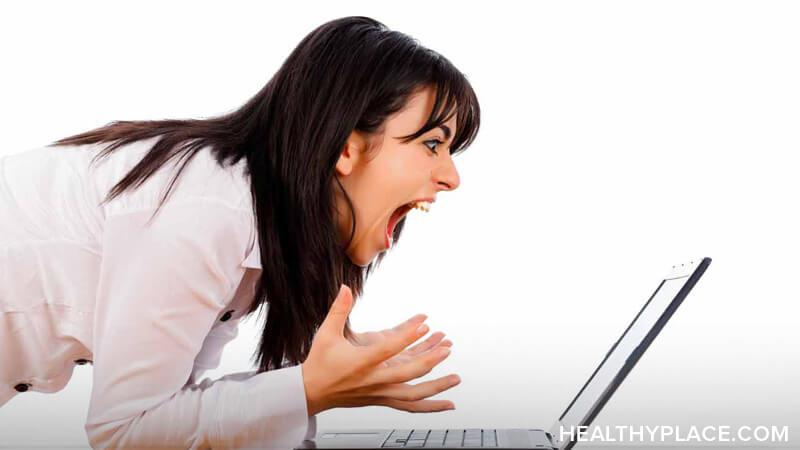 The combination of confrontation and anxiety is a significant issue for me. We've all had to make that dreaded call to customer service to report an issue. Something has gone wrong, so you're already ticked off, but you do your best to proceed politely. Or, at least, I do. Most times, the issue is resolved quickly and with minimal upset. But then there's that one frustrating experience where nothing goes right, and the resolutions are unacceptable, which triggers so much anxiety that you feel you'll either explode or simply shut down.

The Confrontation that Triggered Anxiety

This past week I downgraded a product I subscribe to from "business" to "premium" due to financial constraints. Before doing so, I got multiple assurances from the company—they only provide digital support via email or live chat—that my information would be intact. I would lose any customizations I made using the business plan, but my data would be fine. Given I only used the business plan for some back-end work and no customizations, I gave them the green light.

After a few days, I went to check on my data. I could tell right away that the downgrade hadn't gone as smoothly as the company said it would. I immediately contacted them through live chat and began the arduous task of explaining my dilemma, their screw-up, actually.

Already frustrated by having to contact them to fix what had clearly gone wrong, I became riled when they implied that I had been advised that some data would be lost during the downgrade process. In short, they were blaming me. If this wasn't bad enough, they kept apologizing over and over. It didn't help.

I didn't back down. My frustration was now anger, and politeness was off the table. My fingers were bashing letters on my keyboard as I wrote message after message explaining myself to them. They kept asking me to send them a specific issue, and they would correct it, to which I responded that the problems were too many and varied for me to send them piecemeal. The situation worsened with every minute that passed.

Knowing When to Step Away to Calm Anxiety Due to Confrontation

After nearly two hours of trying to rebuild my data, I could feel my anger boil to the point of rage. My stomach churned, I had a headache, I was twitchy and irritable, and my anxiety was through the roof. I became overwhelmed with each chat message exchange. Soon, I could feel my mind detaching from the situation as my psyche prepared itself for a total shutdown.

Thankfully, I don't suffer from a dissociative disorder. However, I experienced symptoms of dissociation during a trauma I suffered last year, though I didn't know it at the time. My therapist helped me understand that dissociation is something the body sometimes does in response to extreme stress.

After I calmed down, which didn't take very long, I berated myself:

"How could you let things get so out of hand?"

"Idiot! Why did you let something so unimportant (in the grand scheme of things) get you so riled up?"

Then, I stopped and reminded myself of the positive takeaways:

This experience reminded me that my anxiety is always there. It is well managed, thankfully, but the next trigger might pop up anywhere at any time. Thanks to therapy and the hard work I've done and continue to do, I am better equipped to handle what may come.

Increased Anxiety from News and Ideas to Control It
Recognizing Symptoms of Dissociation
Janet
November, 17 2022 at 1:15 pm

I think we have all been there when dealing with a customer service issue. Who hasn’t had an issue? …..And customer service during/after the pandemic has taken a real hit because of resource scarcity.
It is even more trying when you can’t even connect with a human being and have to communicate only via the company’s bots that have a limited answer base.

We've all been through it, for sure. Thanks for taking the time to comment.