How does alcohol impact binge eating disorder? How does binge eating disorder impact your alcohol intake? This is going to be different for all individuals. However, psychiatric illnesses sometimes come with an increased risk of addiction. This risk can become even higher if there is a comorbidity with other diseases. But when you have binge eating disorder, drinking alcohol to cope with food anxiety can be a problem.

When Alcohol Becomes Part of Your Binge Eating Disorder

When my eating was out of control due to my binge eating disorder, alcohol just became 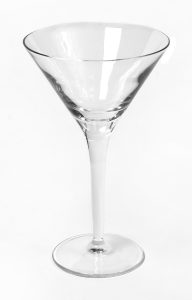 part of the meal. It added calories, numbed my anxiety about food, comforted me over the guilt of eating so much, and made me care less about just much food I was consuming. In the end, it became an expensive and regular part of my diet.

Drinking helped me to deal with the emotional aspects of the disorder in a dangerous and unproductive way. It was a terrible coping skill that I kept returning to because I didn't know what else to do. At that point I didn't have a binge eating disorder therapist and had never been diagnosed with the disease. When I went out to dinner and was too anxious to deal with the situation, I started drinking.

After I had my gastric sleeve surgery to help with my binge eating disorder, alcohol became much more efficient in its task. While I was never a heavy drinker to begin with, I started noticing that one cocktail with a full meal would get me quite tipsy. It cut down on how much I was drinking, and subsequently, the calories I was consuming, but it didn't stop me from reaching for alcohol when I needed to be using other coping skills for my illness.

Reasonable Drinking Alcohol When You Have Binge Eating Disorder

When I realized that I was using alcohol to deal with my binge eating disorder I knew I had to do something about it. Although I'm far from perfect, I began to be more mindful of my drinking. I started to ask myself why I wanted a drink. Did I want to have a cocktail on a night out with friends? Did I want to unwind and enjoy myself with a glass of wine on a night in? Or was I drinking in order to cope with my anxiety?

I've also discussed this with my therapist. And, unfortunately, it's rather common for people who get anxious around food, particularly those with eating disorders, to try to deal with their feelings through unproductive means such as alcohol. But it's not impossible to deal with your anxiety and maintain control of your alcohol intake.

If you find yourself drinking to deal with your anxiety about food, talk to your doctor about coping skills and strategies that you can use to help. When you have an eating disorder you will sometimes feel anxious around food and reach for things that will help you deal with that anxiety. But just as there are good coping skills, there are bad ones as well. Alcohol is not a good way to deal with anxiety in the long term. But there are other methods that will work for you.