Driving through rural Alabama to a funeral recently, I saw a rare and really cool sight. A cropduster was plunging down toward a cotton field, spraying it with what I can only guess was some sort of herbicide. The deft pilot would swoop down just above the power lines, buzz the field and spray the crops, and then lift high into the air to avoid the tree line at the other end of the field.

It got me to thinking. That’s what psychiatrists must feel like. They don’t fly planes to treat their patients, but they must play a precarious game with the fragile mental health of patients like me who suffer from depression. It takes just the right balance and adjustments to keep our medications right. 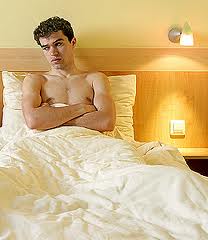 Drug commercials tell us that it often takes four to six weeks before an antidepressant is fully effective. That can be brutal for those suffering from depression. Sometimes, symptoms even get worse before they get better.

As an impatient patient, it can be frustrating. My current doctor—a really good one—has told me repeatedly that it actually takes a lot longer than four or six weeks to get the full payoff from an antidepressant. More like six months. He says there is research to prove it.

It’s been a little less than six months since he put me on a combination of Cymbalta and Abilify, a really expensive, but in my case effective, add-on drug. The new drugs actually started helping a severe bout with depression fairly quickly. But on my last visit to the doctor, I expressed frustration that I was still suffering from depressive symptoms. The doc gave me an analogy I could understand. When a baseball player has to have shoulder surgery, getting to 80 percent healthy happens pretty quickly. It’s that last 20 percent that takes the most time.

And that’s about where I feel right now. About 80 percent.

When Your Antidepressant No Longer Works

My advice? If you have been on one drug for years and you still feel depressed or your depression worsens, talk to your doctor about whether a change in antidepressant medication might be right for you. You don’t want to poop out when you’re already fighting a tough battle.

Hard to Measure the Real Cost of Depression
Do's and Dont's to Avoid Holiday Depression
John
October, 11 2015 at 5:46 pm

For me Klonopin has helped both anxiety and depression. I have also started exercising again, which I gave up a few months ago. I am somewhat starting to feel like myself again. My plans. Work less. Exercise. Enjoy life more. And slowly wean off the Klonopin and Seraquel. Hopefully it works. Good luck to all.

I think I have to agree. Just over this past few months, I have noticed the Cymbalta that I have been on since 2005 seems to present symptoms of withdrawal in a much shorter time span. Where in years past, I could maybe miss a day, two, even three - but recently I've noticed even as little as 24 hrs and I begin to feel a real 'drag' in my head, which, if I do not take the drug pretty quickly will upgrade to full blown 'ill' feeling of withdrawal.
I have a full time, traveling type job and I am thinking it may be time to 're-evaluate' but I am terrified of that changeover time which may be involved. Changing TO cymbalta was simple - no side effects. I am not sure what might be recommended next.

You make a very good point here. I believe that others, upon consulting a physician, should also add natural remedies in their therapeutic regimen, and see if it works out for them as well.