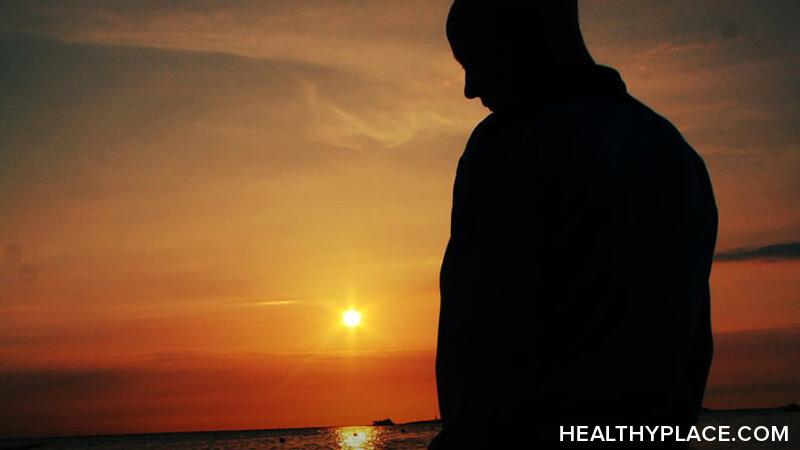 What Are Negative Symptoms of Schizophrenia?

Certain aspects of what I felt are common to other forms of mental illness. For instance, a loss of interest in formerly enjoyed activities is a typical feature of major depressive disorder known as anhedonia. I experienced this during previous episodes of depression, but what troubled me about this particular episode was that it didn’t fully resolve. Instead, I found this emotional state to be pervasive, persistent and progressive.

The level of subtlety associated with negative symptoms varies. If you witnessed someone in a state of catatonia, you probably wouldn’t call it subtle. But would you notice if someone close to you gradually stopped laughing at jokes, progressively began speaking with reduced inflection and slowly withdrew from the company of others?

I was unable to understand my state of emotional dysregulation until I was diagnosed with schizophrenia. My feelings, or lack thereof, finally made sense when considered in that context. I understood why I no longer enjoyed the company of others, why I no longer engaged in spontaneous activities and why I felt very little joy even in the absence of overt depression; I understood a significant component of why I no longer wanted to live.

If only understanding were synonymous with healing. Negative symptoms are difficult to overcome. Antipsychotics for psychotic illnesses aren’t terribly effective at treating this aspect of the disease, and psychotherapy isn’t a magic bullet either. Not to mention that many of us, myself included, suffer from comorbid illnesses such as social anxiety or depression which have significant crossover with the negative symptoms of schizophrenia. But I won’t dive down the rabbit hole providing an origination theory for each of my symptoms tonight; I’ll save that for therapy in the morning.

Find a Reason to Experience Emotion

Overcoming negative symptoms of schizophrenia means you are in for a fight. You must battle your way back into life when you probably don’t feel like doing so. It means trying to embrace emotions that you barely feel. It means fighting positive and negative symptoms and maybe even social anxiety to associate with others. It means fighting the urge to isolate for the experience of laughing and playing with your children because they don’t stay little for long.

My Mom had schizophrenia, she died when i was ten years old. Do I have the same thing can anyone say. Im 55 now, and am having trouble thinking, get anxiety, depression, not a drinker tho at all and no drugs either.

Thank you for reading Joe. I am sorry to hear of the loss of your mother and of your own struggles. HealthyPlace offers self-screening tools at https://www.healthyplace.com/psychological-tests. One of the tools helps screen for schizophrenia. I encourage you to utilize these tools, but I also encourage you to visit with a physician or other medical provider about the symptoms you are having. It would be difficult to determine exactly what you are suffering from without a formal medical evaluation. I wish you all the best.

This struck a chord with me. Firstly, I’d no idea there were negative a positive symptoms of mental illness-honestly none of them seem super positive to me, but your explaination cleared that up,and believe it or not that was helpful. When I’m aware of feelings (and lack thereof) coming and going sometimes it seems like I can pinpoint a specific incident that seems to have started my emotional shutdown , and sometimes it seems like an accumulation of events with something seemingly innocuous being the last straw-sometimes I can’t even tell you what it is. This may be your most helpful post yet for me personally. The brown cardboard background was way better and more cost effective than a green screen and you didn’t have to worry about floating head issues from wearing the wrong color. Maybe next time let your children draw a “stage set” on it in homage to your theatre background (which we share). Something with a crackling fireplace in a cozy cottage so you can wear a cardigan sweater and pretend to smoke a pipe. Just a suggestion. Thanks for posting again, Randall and hang in there.

Thank you for reading and for your comments Rachel. The different symptoms of schizophrenia are certainly interesting. I also struggle with "last straw" melt-downs. I've tried to take my videos in front of my electric fireplace before, but it sits too low to the ground. I like the pipe idea though. Thanks for reading. You hang in there too.

Understanding symptoms in general is truly so helpful and empowering. Understanding the subtleties and nuances within those specific symptoms can really help to paint a much clearer picture of thorough knowledge and acceptance. Insightful, honest read. Thank you for posting.

Thank you for reading Lizanne. I do feel that understanding symptoms is empowering. I have certainly found this to be the case in my experience.