My Uncle Was More Than His Schizoaffective Disorder 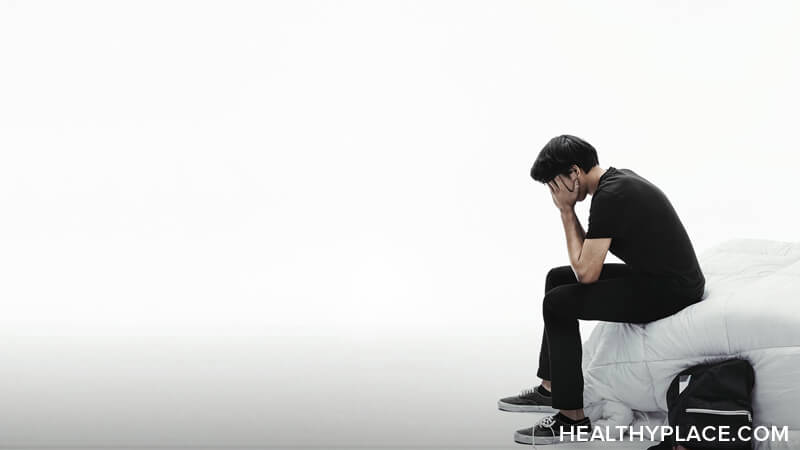 My Uncle Carl died of complications from pneumonia at the age of 81 on January 24. Everyone in the immediate family called him Buddy—so to me, he was Uncle Buddy. He was my mom’s brother. I loved him very much, and we had something very important in common—we both had schizoaffective disorder, and we're both more than our schizoaffective disorder.

My Uncle's Experience with Schizoaffective Disorder

Uncle Buddy developed schizoaffective disorder in the 1950s when he was in the U.S. Army. What happened that triggered his psychotic break was a traumatic experience. After he got sick, he got an honorable discharge from the army and came home.

I only had one full-on psychotic episode, but Uncle Buddy had several. In the 1950s, he didn’t have access to atypical antipsychotics and other medications we have today. So, I was able to do things such as get a master’s degree, get married, and maintain that marriage. Uncle Buddy spent the rest of his life after his first psychotic breaks in and out of Veterans Administration hospitals. But I also think Uncle Buddy was all-around sicker than I am.

I was sorry about and fascinated by my Uncle Buddy’s illness. I was fascinated to the point where I did two separate photographic projects with him, focusing on his life—one in high school, before I got sick in college, and one in graduate school after I was ill. Doing these projects made us very close. The project I did in graduate school was as much about me exploring my own illness by documenting his.

Uncle Buddy Was Much More than His Schizoaffective Disorder

Having schizoaffective disorder like he did made me feel very connected to him, even though he didn’t know I had this illness. So his passing has been really rough for me. I miss him.

I miss how humorous he was. One time, my mom got him a shirt for his birthday. Uncle Buddy held it up and said, “Abigail, how can you, a college graduate, get me a shirt without a pocket for my cigarettes?” And he insisted on every birthday that he had just turned 42.

I also miss how real he was. At the luncheon after his funeral, I told stories about how he said things everyone was thinking but no one would articulate. He used to say to me, “You’ve always got that camera in your face.”

One time when I was a pre-teen, Uncle Buddy and I were in the back yard on a balmy Easter evening, and someone was burning leaves nearby. It made the air smell like fall. Then my uncle said, “It’s more like Halloween than anything.”

I don’t know why I remember all that so well, but I do. It’s funny the things you remember about someone once they’re gone. My uncle was much more than his schizoaffective disorder.

I’m really glad my uncle got a hero’s funeral because of his time spent in the U.S. Army. At the end of his funeral, Army officers gave him a full flag ceremony. He deserved that.

APA Reference
Caudy, E. (2019, February 28). My Uncle Was More Than His Schizoaffective Disorder, HealthyPlace. Retrieved on 2021, May 9 from https://www.healthyplace.com/blogs/creativeschizophrenia/2019/2/my-uncle-was-more-than-his-schizoaffective-disorder