Why Charlie Sheen Needs to Take More Responsibility for His Behavior

I believe that Charlie Sheen needs to take more responsibility for his behavior of 2011. Almost two weeks ago, actor Charlie Sheen announced that he is human immunodeficiency virus (HIV) -positive, and paired the announcement with his plans to work for increased education about HIV. This is a commendable goal and he is in a unique position to educate and inform the public. But I believe Sheen also needs to take responsibility for his behavior and the harm he may have caused during his public meltdown in 2011.

Sheen Is Still Evading Full Responsibility for His Behavior

In interviews, Charlie Sheen has stated that his diagnosis prompted him to abuse drugs
and alcohol. In an open letter published in several places, he wrote:

The personal disbelief, karmic confusion, shame and anger lead [sic] to a temporary yet abysmal descent [sic] into profound substance abuse and fathomless drinking. It was a suicide run. Problem was, I’d forgotten that I’m too tough for such a cowardly departure. 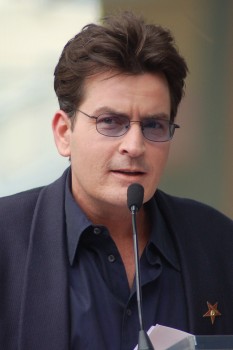 He goes on to discuss how he surrounded himself with "unsavory and insipid" people who blackmailed him on threat of revealing his HIV status. The problem from a recovery perspective is that Sheen seems to be painting himself as a victim.

Admittedly, I have no idea what it's like to be Charlie Sheen, or anyone famous for that matter. I'm sure that Sheen has been extorted and, sadly, due to widespread ignorance about HIV, he has probably been ostracized as well. That being said, 12-step programs teach that the recovering addict or alcoholic needs to focus on his or her own actions, not what everybody else has done to him or her. We call this keeping our side of the street clean; and while I realize not everyone is involved in 12-step programs, it seems to me that taking responsibility for your own actions, without focusing on how you feel you've been wronged, is a good idea for recovering addicts and alcoholics universally.

Sheen Should Take Responsibility and Apologize for Irresponsible Anti-Recovery Remarks

During Sheen's very public 2011 meltdown, he made many irresponsible comments mocking Alcoholics Anonymous and promoting drug use. I believe the responsible thing for him to do at this point would be to apologize for and, more importantly, retract those statements. Sheen repeatedly denied using illicit drugs during this time and made statements on national television that people who overdosed because of drugs were stupid for simply not taking the correct amounts. These type of statements are wildly irresponsible for anyone, especially the star of the most popular television show in America at the time.

Likewise, Sheen repeatedly disparaged Alcoholics Anonymous while he was in his downward spiral. My issue is not hurt feelings or moral indignation: I personally have said terrible things while I was drinking, including disparaging basically every self-help program on earth and it's adherents. However, since getting sober I have made amends where I could and have become more tolerant of other people's recovery paths. I believe that for his own sake, and especially for the sake of the millions of people he may have influenced with his behavior and statements while intoxicated, Charlie Sheen still needs to take responsibility, and apologize for, the drug-endorsing and recovery-degrading comments he made in the past. I sincerely hope he does so, and that he is able to use his tremendous influence to better educate others about living with HIV, substance abuse, and risky behavior.

Are You an Alcoholic: Looking for Similarities
Alcohol Addiction: Is It Innate or a Learned Condition?
Katheryn Stavrakis
December, 2 2015 at 7:50 am

I agree completely and had the same feeling as I read his comments. Portraying himself as a victim does no good either to Mr. Sheen or to others who struggle with similar issues. It's all about taking personal responsibility, and, one could argue, this takes on an added dimension when you are a public figure and people are listening to you.

Thank you for your post Katheryn. I do believe it takes on an added dimension of responsibility. Of course just because people are celebrities doesn't mean they are always in a position to be a good role model--they struggle too. But since Sheen seems to be saying he's healthy now, not to mention getting a large advance on a book deal, it seems like a good opportunity to take responsibility for some of the effect he may have had on others during his spiral. At that time, he denied using drugs and said he had everything under control, I feel he should make some sort of statement about his romanticizing of drug and alcohol abuse.