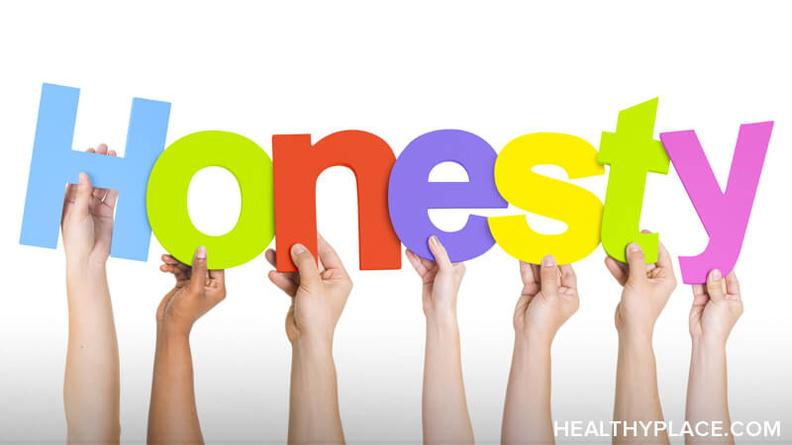 I have dissociative identity disorder (DID), and since I write about DID, it may seem like living and functioning with this disorder is possible. But is that the reality? Dissociative identity disorder is a complex disorder. There are dozens of symptoms for DID and no concrete cure. This disorder affects all aspects of your life. And even though I'm a DID writer who seems to have it together when it comes to my disorder, I have a confession to make.

My Name Is Crystalie, and I Have Dissociative Identity Disorder

When I introduce myself to new people, I don't tell them that I have DID. Most times, people can tell that something is off with me, but they can't pinpoint exactly what it is. It takes me a while to open up and tell people about my life with DID. Even then, most of the time, I say I have DID and leave it at that. I don't tell them how easy or hard my life is. I don't tell them much of anything.

I Write About DID But Must Confess

There are the people I meet who know me from my writing about DID here at HealthyPlace. They already know I have DID because they've read about me, my history and my experiences. They reach out to me for support. They share their struggles with me. They look to me as a source of hope.

When I started writing Dissociative Living over two years ago, I intended to write about DID from both educational and real-life perspectives. I have a background in psychology. I also have the experience of living with this disorder every day, something that most professionals don't have. I wanted to provide a view of dissociative identity disorder that textbooks lack. I wanted to write about what life really feels like with DID.

The Reality of My Life with DID

Two weeks ago, I found myself sitting in a room in my intensive outpatient program, processing the news that I was going to be hospitalized later that day. I had been struggling for months. My system was a mess. Parts of me wanted to die, and I was too tired to fight to live. I let dissociation rule my life; instead of trying to control it, I denied dissociation.

As I waited for the ambulance to come and transport me to the hospital, I opened up about my DID with the woman that was waiting with me. She asked me questions; I answered. I shared my writing here with her. I trusted her enough to share that side of me.

She read through some of my work, and then she asked me a question that has stuck with me ever since: "Why don't you take your own advice?"

Writing About DID Doesn't Mean I'm Cured or Managing Better

I never realized it before, or maybe I did and chose to ignore it. I write a lot about how to cope with DID symptoms, about how important it is to reach out for support, to be honest in therapy, and to work with your system. And here I was, on my way to inpatient hospitalization because I had been doing the exact opposite of what I've been writing about.

I confess. I'm a bit of a mess. I'm also a bit stubborn. My life with DID is difficult. Sometimes it feels impossible. I don't know what I'm doing sometimes. I don't know everything. The things I do know, I don't put into practice.

I've been believing that there is hope for others, but no hope for me. That's not true. I'm going to start taking my own advice.

My name is Crystalie, and I'm struggling with my DID.

Tags: write about DID

Crystalie is the founder of PAFPAC, is a published author and the writer of Life Without Hurt. She has a BA in psychology and will soon have an MS in Experimental Psychology, with a focus on trauma. Crystalie manages life with PTSD, DID, major depression, and an eating disorder. You can find Crystalie on Facebook, Google+, and Twitter.

Age Regression in Dissociative Identity Disorder
Resolution to Manage Dissociation in DID for the New Year
Clair Robertson
March, 6 2020 at 5:08 am

I knew DID existed but didn't know much about it. Reading this made me realise how vague my knowledge on it was. I don't have it or know anyone who has it, but I really wanted to know how it would feel like for someone who does. I can only imagine how it would feel like. I can tell for sure it isn't easy. But I hope you can learn to cope with it the way you are teaching others to, and can benefit from your own advice.

are there any support groups on (did) in boston mass

I have multiple personalitys wich is what brought me here. I was more looking for a look into someone elses world with the same dissorder. Why were you hospitalized? Whats it like for you having DID?

Hello Steven,
I was hospitalized so I could have my medications safely adjusted. Sometimes that’s needed for people with any mental illness.
As far as what it’s like...to be simple and short, it’s interesting. There’s definitely pros and cons, but I’ve learned to cope with the good and the bad.

This miht be a jhelpful resource for your readers.... one of my favorite blogs: www.discussingdissociation.com. Hope it helps. Tons of answers and discussions there.

I can definitely sympathize with this. I have been talking about my DID online a lot lately and trying to encourage others who have DID, but my wife recently reminded me that I/we haven't been doing that much of our own journaling and other therapy work. Sometimes focusing on trying to help others can unfortunately become a convenient distraction from our own work that we are trying to avoid.

Yes, you are so right. It is in our nature sometimes to be a caretaker to others, and we don't remember to take care of ourselves as well.

I have a small blog and I try to stay positive, but sometimes I feel like a total hypocrite. Maybe I should take my own advice too.

Don't be too hard on yourself. I think a lot of us are in the same boat. It takes balance.

Wow . Exactly. Love to tell my story someday too.