Learning to Stay Grounded While Living with DID 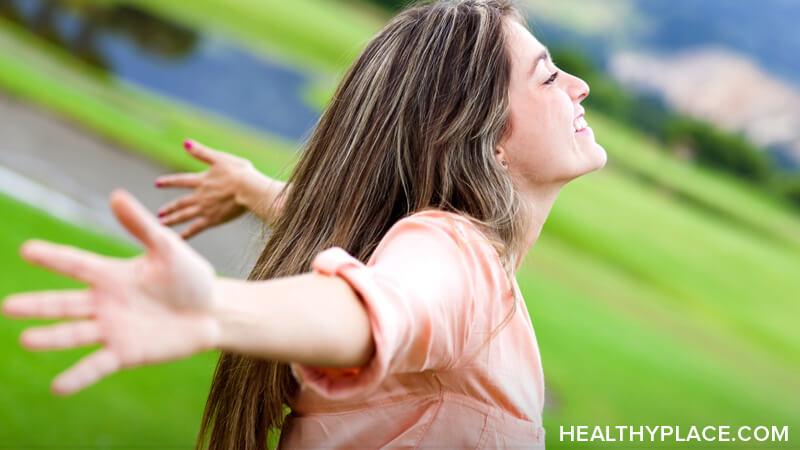 If you know someone who is living with a mental illness, such as dissociative identity disorder (DID), you may hear the word “grounding” used in regards to managing the condition. What does this mean, and how does it impact those living with DID?

In order to understand grounding and what it means to be grounded, it’s first important to grasp the concept of dissociation. When an individual DID is feeling dissociative, it means that he or she may feel “out of body.” Dissociation is a mechanism that the mind uses to escape perceived danger in a particular environment.

I often associate dissociation with being in a dream-like state. My mind is entirely elsewhere, seeking safety from a threat that may not actually pose any harm, but simply concerns me due to past trauma. A certain sound may trigger me, for example, and signal to my brain that it’s time to seek safety in the form of dissociation.

In short, dissociation is a coping mechanism, and while it doesn’t necessarily cause harm, there can be negative consequences. When I dissociate, for instance, I feel out of my body and mind simultaneously. This means that if I am engaged in a conversation, I may not remember it later on because I was mentally absent while it was occurring.

Memory lapses are not uncommon in people living with DID, and dissociation, in general, can quickly become a way of life if it is not addressed through a means such as grounding.

Becoming Grounded with DID

Being grounded is the opposite of being dissociated. In short, it means that you are living in the present, and your mind is entirely aware of its surroundings. You haven’t been triggered, and your brain is not searching for a way to escape perceived danger.

For those living with DID, becoming grounded is much harder than it sounds. When you have a trauma history and are used to feeling threatened, dissociation is more familiar than feeling grounded. That being said, being grounded is essential to the healing process. It is in this state that those with DID are able to converse with their different personalities, and more importantly, interact with others in everyday life.

Grounding Techniques for DID

To get grounded, I use a few different techniques. Deep breathing is one of my favorites because it’s easy to do virtually anywhere at any time, and it quickly provides results. If I have the opportunity to go the extra mile, I try to squeeze in a meditation session instead.

Another method I use to get grounded is to look around the room and pick three objects of the same color. I repeat the process until my mind regains an understanding of its surroundings and the fact that there is no actual danger in the environment.

Sometimes, my mind has become dissociative to the point where I need the help of prescribed medication to calm down. It’s in these moments that I try to focus less on the stigma behind the medication and more on the fact that it is providing me with the help I need to become present.

Dissociation looks different for everyone, as does being grounded. It’s important to explore different ways to get grounded and find what works best for you.

Tags: stay grounded with did

APA Reference
Vermes, K. (2020, September 22). Learning to Stay Grounded While Living with DID, HealthyPlace. Retrieved on 2022, September 25 from https://www.healthyplace.com/blogs/dissociativeliving/2020/9/learning-to-stay-grounded-while-living-with-did

How to Calm Down Young Personalities to Better Manage DID
How Does Meditation Help Those Living with DID?