Much has been made about the relationship between mental illness and artistic creativity. To test this theory, I’ve assembled some of the most famous first lines in fiction. Your challenge is to match them with their book of origin, the author of that book, and – this is the important part – the mental illness that prompted the passage.

First Sentence: “We were somewhere around Barstow on the edge of the desert when the drugs began to take hold.” 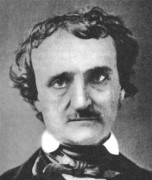 1. First Sentence: “It was a pleasure to burn.”

4. First Sentence: “As Gregor Samsa awoke one morning from uneasy dreams he found himself transformed in his bed into a monstrous vermin.”

5. First Sentence: “If you really want to hear about it, the first thing you’ll probably want to know is where I was born, and what my lousy childhood was like, and how my parents were occupied and all before they had me, and all that David Copperfield kind of crap, but I don’t feel like going into it, if you want to know the truth.”

7.) Book: A Portrait of the Artist as a Young Man

Halfway Home – The Mental Health Reality TV Destination
For Mental Illness, Branding May Be The Key To Continued Success