ADHD Overstimulation Gave Me a Panic Attack at a Festival 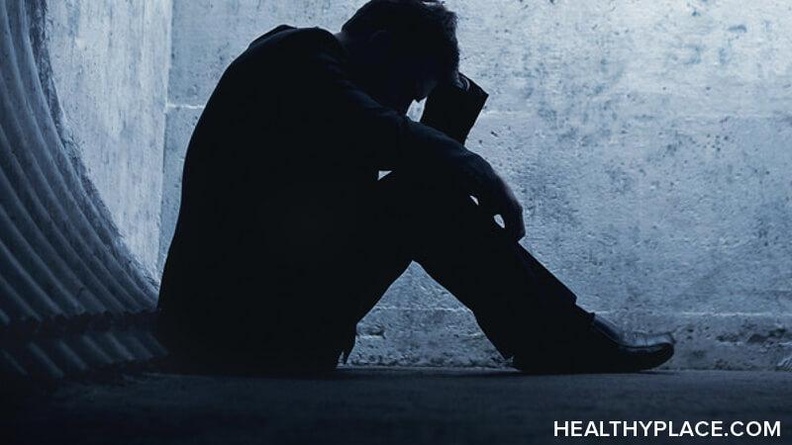 Even before I was diagnosed with attention-deficit/hyperactivity disorder (ADHD) or knew the symptom of ADHD overstimulation could result in a dramatic panic attack,1 I'd been nervous about attending my first music festival.

The festival was one month after my college graduation, and life had, for lack of a better word, been weird. My roommates at the time bought tickets immediately upon seeing the lineup. My girlfriend at the time had already planned to go. I bought a ticket too, partly because I wanted to see the bands, partly because I had a significant fear of missing out.

Mostly, though, I was worried — worried about camping for four days surrounded by a ton of people, drugs, and alcohol. I was worried because my relationship was rocky, and there was a good chance it wouldn't even last until the day of the festival. I was worried I wouldn't be able to enjoy something that was meant to be a good time (it had happened before, after all).

This anxiety built for a month — a month during which I had been apart from the girl I'd been trying to make things work with — and suddenly, I was setting up several tents under the hot summer sun. The first day we were there, none of the bands were playing, so we spent our time drinking and playing games.

I drank too much, and events started blurring together. Who was the random guy playing beer pong with my friend? Where was my girlfriend? What time was it? Eventually, I had to walk away from everything. Deciding I couldn't tell my girlfriend I was freaking out — she'd have just blamed my drinking — I walked with a friend for a bit before I completely broke down into a sniveling, snotty sob.

Inevitably, this led to a fight with my girlfriend, a few awkward days of forcing myself to have fun, and a conversation weeks later about how poorly the whole situation had been handled.

But the thing that lingered with me most was the question, "What is wrong with me?"

I'd never had an anxiety attack like that before, especially not at a party or some other fun event.

It took years to get an answer, but evidently, what I'd experienced was sensory overstimulation, which Medical News Today identifies as a common experience for people with attention-deficit/hyperactivity disorder (ADHD), essentially meaning that the brain has become overwhelmed by specific inputs.2 Paired with the emotional dysregulation that can occur in ADHDers, the combination can lead to devastating results.

In my case, the noise, amount of people, and mixed smells of booze and pot were too much to handle, and my co-diagnosed anxiety kicked in as a result.

If I'd known then what I know now — both about myself and ADHD as a condition — I'd have probably had an easier time avoiding the breakdown altogether, but hindsight is 20/20, and now all I can do is share that experience in hopes someone else might fare better in the future.

If you have had a similar experience or recognized similar feelings, let me know, and let's chat about it.

APA Reference
Harvey, A. (2022, March 8). ADHD Overstimulation Gave Me a Panic Attack at a Festival, HealthyPlace. Retrieved on 2022, September 25 from https://www.healthyplace.com/blogs/livingwithadultadhd/2022/3/adhd-overstimulation-gave-me-a-panic-attack-at-a-festival