When My Mentally Ill Child Forgets His Coping Skills 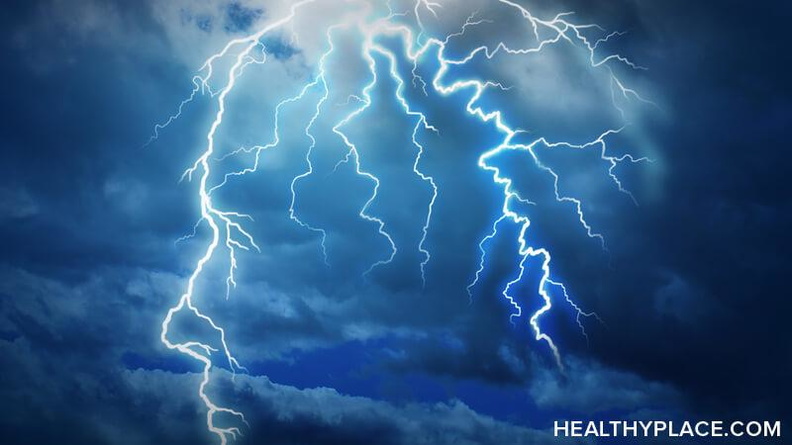 Our mentally ill child, Tim, 19, sometimes forgets his coping skills for schizoaffective disorder symptoms. Generally, he reaches out and talks to one of us parents when he's having a tough time before things get out of hand, but sometimes he forgets. He forgets what to do when he feels paranoid or unloved.

D, 18, is our daughter with epilepsy and a serious case of senioritis. My husband, Tom, has been a stay-at-home dad to these two their entire lives, bless his heart. But during spring, he indulges his afternoons in a job that pays miserably but makes him happy; he coaches high school pole vault. This takes him out of the house after school five days a week, leaving Tim and D home alone between 3 and 6 pm.

Now, under normal circumstances, Tim and D get along fabulously. They have been each others' companion and playmate since they were toddlers. But Tim copes with the constant voices in his head by keeping himself physically or mentally occupied every waking hour of every day. This includes spending an inordinate amount of time engaged in rapid fire chit-chat with whoever happens to be within earshot. Needless to say, that can be grating on the recipient. And yesterday was no exception. 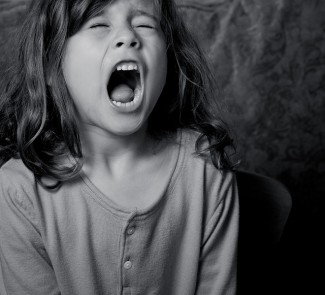 Apparently – and I say that because I’m on a business trip on another continent and only heard the story in an anger fueled phone call from Tim – he called his sister in his cab on the way home from school for some chit-chat. He asked what she was doing and she yelled, “I’m watching TV!”

This was a major offense in Tim’s world of black and white rules of conduct and persistent paranoia. What gave her the right to yell at him? Why is she ALWAYS out to get him? When he got home he started yelling that she was rude. D locked herself in her bedroom and Tim broke the doorknob before fleeing the house for a walk to calm down and call me, seven time zones away, to relate the injustice (not as a coping skill).

After I talked him off his proverbial ledge, I tried to make him remember what we and countless mentors and therapists have been trying to drill into him for a decade. He cannot control anyone else’s actions, only his own. We discussed the wisdom of the choice he made to break her bedroom door, and alternative actions he could have taken to calm himself that were more appropriate. Then I called D and reminded her, if she doesn’t have the energy to be on the receiving end of her brother’s need to talk, simply don’t answer the phone. And if she does, don’t be rude just to push his buttons.

I see both of their sides. You’d think, by now, they’d have been through this enough times to remember that Tim’s paranoia and need to talk are always present, and D’s ability to tolerate Tim's 24-7 show wears thin at times. But it’s not about remembering. It’s about having to stay vigilant every hour, every day, when you live with mental illness in the family.

Risks and Rewards in Schizophrenia Recovery
The Pharmacy: Where Everybody Knows Your Name
newlynatural
June, 2 2014 at 7:58 am

Nice response Chrisa, much more polite than I would have been.

Diane, come write them down here whenever you need to. ((hugs))

My son does not hug me or anyone else in the family anymore. That is what I miss the most. He is back on his meds, but they are getting more expensive and harder for me to afford. He worked for ten years, but was turned down for disability and Medicaid. It is hard, in the moment, to realize that our family is not alone in this journey. Family get-togethers have become non-existent. Our daughters are just not comfortable and also, I believe, resent the time and attention my son gets. Most of the time, I feel guilty, just an unrelenting guilt that he can't seem to enjoy any experience anymore and the guilt that when I am with my other children and grandchildren, my thoughts are often on him. I am strong, and will be fine. It is nice to just write the feelings down and send them away.

Hi - I absolutely don't blame my daughter. As I stated above, we constantly work with Tim to reinforce that he can only control HIS response to how others behave, no matter how he perceives it.
Her response was irritation, but she was in therapy for several years when Tim was younger after witnessing many of his more violent episodes. He has NEVER struck her. They are both over the age of 18 now, and their childhoods were both difficult, don't get me wrong. But she understands her brother's illness now, where she didn't as a child.

How did your daughter feel about this episode and his breaking down her door? It sounds like it could have been terrifying for her! What concerns me is it feels like you are blaming her instead of empathize with her. I grew up with mentally ill sibling who was often physically and verbally abusive. He broke down my door many times. I constantly got the message that it was my fault, even when I did nothing to provoke him. That left me with constant anxiety and guilt that if I could only behave perfectly the he would leave me alone. But that was a fallacy. Nothing I could do could stop him -- I could do absolutely nothing and he would still hurt me. Be careful that you are not blaming her unfairly or sending her the message that his rages are her fault. They aren't. Forgive me if I am projecting too much of my own experience on the situation, but this struck me hard and I see it so clearly from her perspective. I wish you all well.

Anyway, paranoia and vigilance going side by side; the first one is persistent delusional disorder, while vigilance indicates the high level of attention. In the meantime, to intricate paranoia with schizoaffective disorder exhibits professional mistake with psychosocial and sociocultural consequences, as well. Indeed, paranoia is concentrate to any primordial delusional idea that construct totally mental apparatus around this mad belief. Moreover, persons with paranoia are clever, vigilant but very danger in their interpersonal relation. These type of person are successful and have got greats life performances in theirs curriculum vitae. They are resist and obnoxious to any psychiatric treatment. On the other side schizoffective patient posses not difficult schizophrenic features with circular emotional disorders. Simply, schizoaffective disorder is light form of schizophrenia with good index of adherence and compliance. This kind of psychiatric patient aren't hostile to other, such are patient with paranoia.

Grew up with a bipolar father and brother,now a bipolar son and husband with major depression and severe PTSD. Hypervigilance is a way of life, the only life I know. Thankful for the many mentors and counselors and those who have called us friends. Your scenario is so familiar. Many people just don't get it.

Thank you for sharing!

My Daughter has just been Diagnosed as Scitzophrenic. It is so exhaustive. She wont bathe, eat, take here rx. Zyprexa. Im at a loss. 4Th day in. bed. The bills have piled up. Electricity shut off. HELP

Marla - I empathize. I understand how exhausting it is. Is your daughter living alone? Is she willing to see her psychiatrist or go to the hospital?