Today, while working in our family room, I kept detecting the smell of cat litter (used, not new). I couldn't imagine where it might be coming from and for a moment thought I might be losing control of my own senses--that is, until I went into the neighboring bathroom to throw away a tissue and found, tucked under the sink, a plastic bag chock full of Kitty Krunchies. 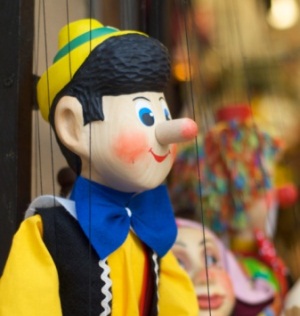 The lying in our house has become a serious problem. I know all kids go through a "lying phase" at some point--but Bob's has never ended, and has only gotten worse as the years pass.

I mentioned this to his therapist at his last session. I know lying is about self-preservation, but I don't know what Bob is trying to preserve himself from. Generally his consequences are, by most standards, pretty easy--by now he understands we consider lying an offense greater than 98% of what he usually lies about. My best guess is he lies so he doesn't have to admit his own shortcomings to himself--he's so fixated on being "perfect," he would rather live the lie than admit he isn't.

This isn't the first time Bob has stashed Kitty Krunchies somewhere other than the outside trash and lied to cover it up. Paranoia has his afraid (again) to be in nearly any room in our house alone, and that sometimes extends to the garage (even though it's well-lit). He also lies about where he puts dirty clothes, where he puts his lunch, leaving his homework at school, where he got the 50 cents in his pocket--most of the time, I'm never entirely sure if he's telling me the truth. 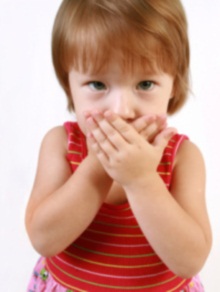 Life with Bob has thrown me many curveballs over the years, but this is honestly one I have yet to determine how to deal with. His therapist suggested what I already do--just call him on the lie and give him the consequences. That's all well and good, but I'm the sort who would rather look for the why behind the behavior in an attempt to correct it, rather than just continue doling out consequences that are (pardon the pun) inconsequential.

Lying is certainly not the biggest issue we deal with where Bob is concerned. But it is one that will cause him serious problems down the road, and one I will continue to try to help him with.

I could have written this. My son doesn't have bipolar he has adhd but I'm always worried about bipolar because I have bipolar. But anyway, he lies about the simpliest things. He lies about things we can find out very easily like does he have his retainers in. It's like the lie just comes out first. He has told us that he is addicted to lying don't know if that is possible but it does seem to be true. We're not very good at following through on punishment which isn't good I know. So that might be why he continues to do it.