Self-Doubt Common Among Parents of Children with Psychiatric Illness

Parents--answer this question: How many times today have I asked myself, "am I doing the right thing here?" 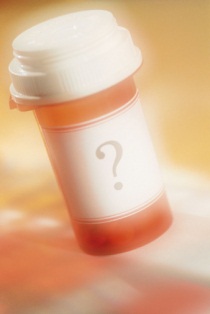 I've had a lot of doubts lately, mainly surrounding Bob's medication and diagnoses. Bob is nine and a half years old. He has been on one form of medication or another since he was three. At this point, I have no idea what "baseline" or "normal" for Bob actually is. And I admit, I wonder about it almost daily.

Should I take him off his medications? Wean him off everything, see what he's really like without it? Make sure we're actually treating the right issue(s)? Make sure there are issue(s) to be treated?

And then I worry that maybe there weren't any real issues in the first place, or that the issues were treated improperly, and the treatment actually created further and/or additional issues.

Then logic kicks in and I remember Bob as a baby, Bob as a toddler, Bob in preschool, before all the medications, and the realization I had to come to that he was, in fact, not like all the other kids, and he wasn't just "bored" because of his advanced intellect, and he wasn't just "high energy," and there actually was something about him I couldn't help.

But really--how can we NOT doubt ourselves? How can we NOT doubt our children's diagnoses, when we're daily bombarded with opinions to the contrary? Everything from "it's the pharmaceutical industry's way to make more money off our kids" to "spare the rod, spoil that child" to "parents are just too lenient nowadays." The number of people who believe mental illness exists in children is overshadowed by the volume of those who think it's merely a modern phenomenon spawned by parents with overactive imaginations who were taught to place too much emphasis on "feelings" by our hippie parents. 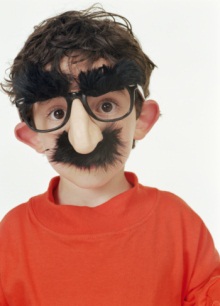 I do think it might not be such a terrible idea to get a look at "Baseline Bob" in a controlled environment (i.e., home during the summer). But I worry about the possible damage taking him off his medication might cause. I also admit--I'm afraid of what Unmedicated Bob might look like. I'm afraid of taking him off the medication and not being able to stabilize him again afterward.

Right now, I'm making a decision by not making any decisions. Bob had (per his teacher) a very good week at school last week, even if his attitude and behavior at home was enough to leave us looking forward to his spending a weekend with his father. His current condition is worse than it could be, but it's also not as bad as it could be or has been in the past. At the very least, it's not bad enough yet that I'm willing to upset the fruit basket.

APA Reference
McClanahan, A. (2011, May 14). Self-Doubt Common Among Parents of Children with Psychiatric Illness, HealthyPlace. Retrieved on 2022, August 11 from https://www.healthyplace.com/blogs/parentingchildwithmentalillness/2011/05/self-doubt-common-among-parents-of-children-with-psychiatric-illness

Getting Used to The "New Normal"
Lying--Kid Problem, Or Bipolar Kid Problem?