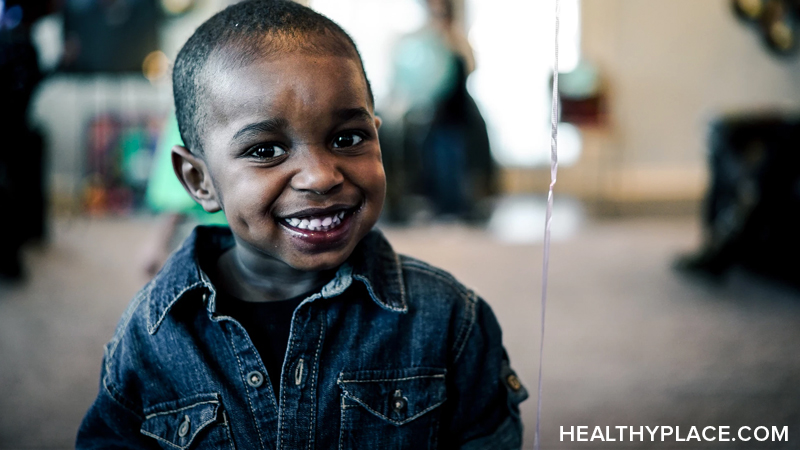 I like to joke that my child had attention-deficit/hyperactivity disorder (ADHD) since before he was born. The little guy never sat still in the womb--ever--and that didn't change once he waltzed into the world. Then he learned how to walk and talk, and he hasn't sat still or stopped talking ever since. As the exhausted mother of a child with ADHD who sometimes feels desperate for one moment of elusive silence, I often wonder: can he outgrow ADHD?

Well, my friends, I did my research, and although the verdict isn't quite what I hoped for, there was good news, too.

Children's Bodies Can Outgrow ADHD, But Their Brains Usually Don't

Children and Adults with Attention-Deficit/Hyperactivity Disorder, or CHADD, a charity that offers support, information, and advocacy to people with ADHD, gave me the answer to the question I've asked myself so many times, even if it wasn't the answer I wanted to hear: symptoms of ADHD persist in 50 to 86 percent of adults who had ADHD as children. It just looks different later in life.1

"Many children who display the predominantly hyperactive form [of ADHD] can grow into adults who no longer display hyperactivity," CHADD went on to explain. "Often these children were thought to have outgrown ADHD simply because they acted more calmly in daily life, even though symptoms of inattention, impulsivity, and disorganization remained."

So, basically, my child might sit still for longer than two and a half minutes one day, but his brain will probably never outgrow his ADHD. He'll just (hopefully) learn how to cope with it better.

None of this surprises me. I always hoped my child would someday outgrow his ADHD, but I also suspected he wouldn't. As I've said before, his dad has ADHD, too. Even though he doesn't ricochet off the walls all day long like he did when he was a kid, if you talk to him for longer than five minutes, you'll probably notice that paying close attention isn't one of his strong suits. He might get distracted by something shiny in the near distance, and every once in a while, I might have to ask, "Are you listening to me?"

More than once, his answer has been, "I didn't even realize you were talking to me."

It's the same conversation I've had with our son, and he's so much like his dad that I wouldn't be at all shocked if we continued to have that conversation well into his adulthood. He has a busy little brain, and I don't think that's going to change.

Whether He Outgrows His ADHD or Not, My Child Needs a lot from Me

That busy little brain means that I'll undoubtedly be a very busy little mom for at least the next 15 years (and probably much longer). I've said before that my child requires--even demands--constant guidance from me, and I mean that in a mental, emotional, and physical sense. Yes, he needs help navigating the wide array of feelings he seems to feel so strongly, just like he needs help calming down his mind enough to focus on one thing for longer than 45 seconds. He also needs help with not bolting across the grocery store for a reason only he understands or not getting so absorbed in his own little world that he gets lost in the crowd.

There's a silver lining in all this, though. There's a good chance my child will outgrow his hyperactivity, which, for me, is one of his more exhausting traits. There's also a good chance he'll keep that quirky, goofy, positive outlook on life that I love about him so much.

Do you think your child might outgrow his ADHD one day? How do you feel about the possibility of his not outgrowing it? Let's have a conversation in the comments.