The Difference Between Stigmatizing Mental Illness and Labeling It 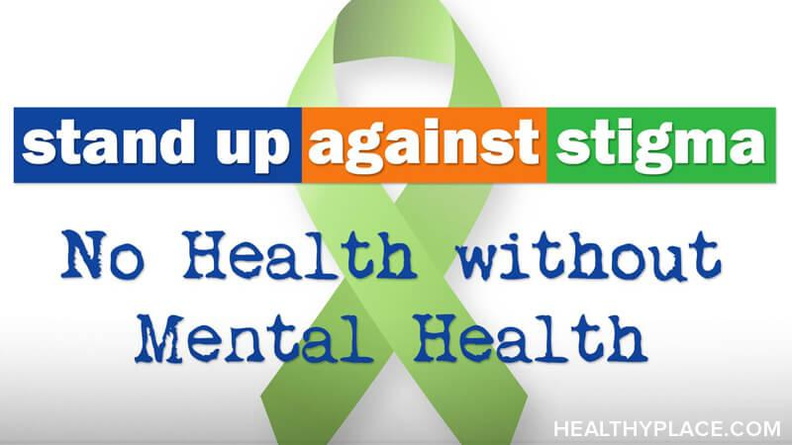 I touched on the idea that labels are intrinsically different than stigma in Removing The Labels of Mental Illness. I believe that. Mental illness is, at its core, attached to stigma. Although mental health stigma is weaker than it once was, stigma is damaging nonetheless. But first, let's examine the connection between stigmatizing mental illness and labeling it.

Primarily, the feelings associated with both mental health stigma and labeling ourselves are damaging. Feeling as if others may think less of you, perhaps they are afraid of you, and living with the notion that you are, in fact, different. Stigma and labeling yourself both instill fear in society and in mentally ill individuals.

Stigma is a group of negative beliefs and we cannot always control it. But we can control how we react to stigma by refuting self-labels (self-stigma).

Stigma is a word that is not used as much as it once was. People who live with a chronic mental illness probably feel it more than they hear it. It is not, shall I say, politically correct to publicly stigmatize someone. This does not mean it does not happen. 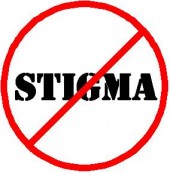 Based on my experience, I find that stigma is defined in a societal way. Before getting an official diagnosis of mental illness, all of us grew up with an idea of what being mentally ill means. Often, the words mentally ill are quickly connected to "crazy" and "sick." Much like racism, stigmatizing mental illness will probably always be in society, despite the positive movements towards equality.

Stigma surrounding mental illness is connected to the world we live in: it might be invisible but we can still feel it. This can make mental health recovery hard. If a person diagnosed with a mental illness has felt the stigma surrounding the disease before the diagnosis, before they became sick, it is hard to believe that society will accept them. It makes it hard to separate themselves from the illness.

Stigma Is Societal, Labeling is Personal

Removing the labels of mental illness is not something that is easy to do, and can only happen if we understand that the stigma surrounding mental illness will always be reflected in society, but is not a reflection of us as human beings.

Stigma does not define us as people. We are not crazy: we have a mental illness and we can recover. We do recover.

Living With and Accepting the Stigma Around Mental Illness

It is important to note that most people do not attach stigma to mental illness. Many people know someone who lives with it, or they quietly struggle themselves. But you cannot eliminate it completely.

It's much easier to live your life working to understand who you really are, and not connecting yourself to the stigma surrounding the illness. Work to eliminate, or educate, those who stigmatize you. Put recovery first. This is easier said than done, but you can work toward a life free of feeling stigmatized and, in turn, stop labeling yourself in the process.

APA Reference
Jeanne, N. (2011, September 29). The Difference Between Stigmatizing Mental Illness and Labeling It, HealthyPlace. Retrieved on 2022, August 11 from https://www.healthyplace.com/blogs/recoveringfrommentalillness/2011/09/the-difference-between-stigmatizing-mental-illness-and-labelling-it

Natalie - I've actually found that I've faced more prejudice from mental health professionals than in society. Most of the doctors I've seen refuse to believe that I'm intelligent enough to participate in decisions about my own treatment. They have a tendency to hand out prescriptions without telling me what the possible negative consequences are, and if I question them, I've normally gotten some version of "this is your only option for treatment and if you don't take it you'll only continue to get worse." If I ask about other medications, or combinations of medications, I'm treated like an idiot or get, "and where did YOU go to medical school?" (I usually respond, "you're the doctor, why do I know more about the latest research than you do?")

Hi, Wendy:
What a fantastic comment, and I agree with you entirely. I have encountered my fair share of prejudice from MHP in my life. I have had them not believe that I have BPD because, "I have never seen you manic" and I point out that this is because I am on Lithium and a secondary mood stabalizer. It took a psychotic episode for her to tell me, "I believe you." This after being diagnosed for over twelve years.
Sometimes, they cannot understand that we live with the illness every day of our lives. Thank you for this unique perspective and I look forward to writing a blog on it very soon. It needs to be discussed.
Sincerely,
Natalie

Mental health stigma presents social negative attitude toward mental health disorders overloaded with many unreasonable prejudices and intrinsic rejection of respective psychiatric patients. Against overwhelming struggle to this primitive viewpoint of public, it remains still harmful sequels in community as a result of ignorant and terrified standpoints toward mental ill people. By me, label of psychiatric patient is integral parts of mental illness stigma, that render more difficult the outcome of the same illness. On the other side stigmatizing of mental illness impedes directly the staff of Mental Health care system to accomplish purposely and professionally their philanthropic work-out. Both these aspects of mental health stigma are crucial restraint factors on current developing of functional and useful mental health service. Int this direction anti-stigma campaign should include whole psycho-social and socio-cultural segments of our daily life everywhere and at any time of year.

Hi, Dr. Musli Ferati:
I want to thank you again for your detailed and educated comments. I agree with you in that mental health stigma effects both patient and the mental health care system. It's complex to say the least and impossible to eradicate completely.
Thanks again,
Natalie

Hi, Gretchen:
You are very much welcome. Thank you for your interest in my blog.
Sincerely,
Natalie