Poverty mindset is a term that comes up from time-to-time as a root cause of inner-city violence, lower standardized test scores, lower IQ and many other maladies. Can poverty in childhood also lead to changes in adult cognitive abilities? 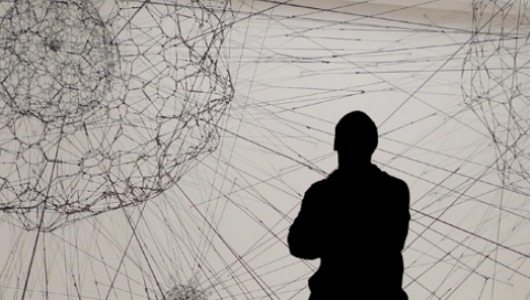 A team of researchers from the University of Illinois, Cornell University, University of Michigan and University of Denver found a correlation between lower family incomes at age 9 and an increased activity in the amygdala in adulthood. The amygdala regulates fear and negative responses and can have an effect on depression, anxiety and aggression. Researchers studied 49 subjects and found that subjects who experienced poverty at age 9 were more likely to have negative brain function as adults.

Researchers found that exposure to chronic stress from factors such as frequent moves, noise exposure, crowding, family violence and absenteeism can affect brain function negatively. So a small study points to a correlation between poverty and depression, anxiety and fear. But is correlation the same as causation? At times, the answer seems to be yes.

How Poverty in Childhood Plays Out in Adulthood

Poverty permeates the psyche in ways that transcend the balance we have in the bank, our possessions or the house we live in. In my life, the poverty mindset has given way to spending sprees to convince myself I'm "worthy" of what I wanted. I shopped to fill the seemingly endless pit of NOT ENOUGH. I thought and feared that I wasn't enough.

The poverty mindset set me up for abusive relationships. I thought that I "deserved" the beatings, the verbal abuse, the sexual manipulation.

The poverty mindset has led to difficulty in expressing my needs for fear of being told no, thereby reinforcing my belief that I didn't deserve better.

The poverty mindset has led to feelings of anxiety - being anxious about money, about preparing for any level of "what if?" While being prepared for the unexpected has its advantages, living in a state of hyper-vigilance creates its own level of depression. And so it goes.

How to Combat the Poverty Mindset

While poverty affects the way a person may process stimuli and life in general, there are ways to combat the poverty mindset. A few that have worked for me:

Poverty has its negative effects and the old records, with their crackle and pop may bring us uncertainty, but with mindful attention, it does get better.

Coping with Social Anxiety Tips: The Power of Anyway and No Way!
Rocketing Mania vs Bone-Crushing Depression: Bipolar Moods
Cindy
June, 6 2017 at 11:57 am

Where can i find the original research articles? I don't see the reference or citation.

In terms of the correlation between poverty and lower IQs, that can be due to the quality of the schools themselves. There are countless studies about the accuracy of IQ scores, because they are somewhat standardized, yet the quality of education across the board is not. Schools in the ghettos do not have adequate supplies, they have burned out teachers trying to teach in classrooms that are overcrowded, and have to deal with violence and a crumbling infrastructure that upper middle class schools do not.

Spending sprees, at least from my experience, is due to a lack of worry about a shortage of funds. I spend when I am feeling good, not bad. Unfortunately, you will be left feeling bad once the numbers are in. To deal with it, I literally have to do practical things like put cards and money in places where I do not have access to it. That is how I control this. But I do agree that chronic stress is inherent in poverty, which in turn, definitely exacerbates depression, bipolar, etc.