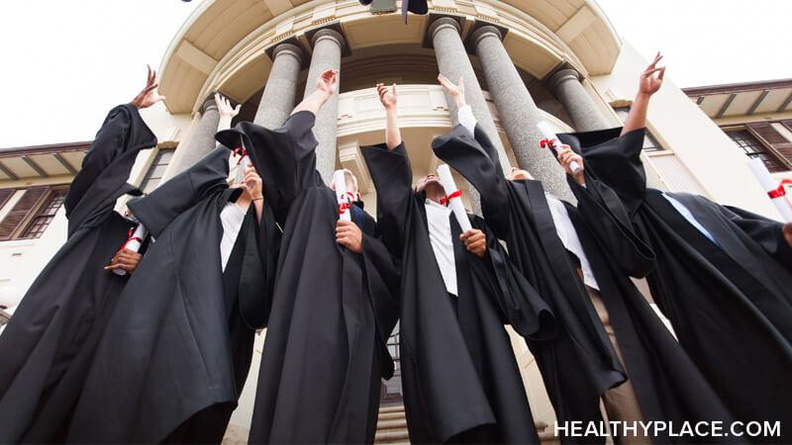 White privilege in mental illness is no surprise to many minorities. The case of Natasha McKenna in Fairfax, Virginia--you know, the #BlackLivesMatter death no one is writing about--is an example. McKenna, a petite African-American woman diagnosed with schizophrenia at age 12--died while in police custody. She had been taken out of the psychiatric ward by police, but from there the story gets murky. What is known is that she was beaten by police, then tasered four times while handcuffed behind her back, shackled and in a spit hood. She died from her treatment--which probably would have been vastly different if she weren't a poor black woman. We are long overdue for a conversation on white privilege and mental illness.

My Story of White Privilege and Mental Illness

Like McKenna, I have schizophrenia. I'm three inches shorter and about 50 pounds heavier than McKenna. The Indianapolis Metropolitan Police Department knows who I am because they've been called on me before, both as a suicide risk and as a risk of violence. I have committed crimes while psychotic, usually intimidation or public intoxication. I have gotten into fights while on the psychiatric ward. However, I was never arrested, let alone tasered to death.

Shortly before I was sent to the state hospital, I suffered an alcohol-fueled psychotic break and threatened to commit a terrorist act to get the Federal Bureau of Investigation (FBI) to kill me. Police took me to the hospital, and the FBI was notified. I was in a legal limbo for three days, and even though the psychiatrist wanted me charged with intimidation, I was simply evaluated, medicated, and committed. I was never visited by the FBI regarding my plans. 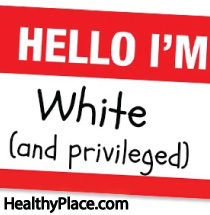 I've had only one police encounter that could have gone badly (Mental Health Crises and Calling the Police), and that is when a Special Weapons and Tactics (SWAT) officer responded to a call of a drunk, suicidal me. He took me to the hospital--without handcuffs, despite the fact it is policy for an officer transporting a psychiatric patient to handcuff the patient.

Only once have I been in handcuffs and shackles, and that was when I was admitted to the state hospital. That's standard. Although I've made threats and thrown punches, I've, for the most part, been treated as a patient, not a criminal.

Natasha McKenna's Story of Mental Illness As a Non-White

Natasha McKenna's last words to police were "You promised you wouldn't hurt me!"

No one knows why Natasha McKenna initially had a police encounter in Alexandria City, Virginia. According to the Washington Post, the terrified McKenna allegedly punched a female police officer during this encounter. She was taken to the hospital in Fairfax and admitted. She was in a legal limbo for five days, then arrested for felony assault of a police officer while still on the psychiatric ward. She was taken to the Fairfax County Jail.

Because she was Alexandria's prisoner, Fairfax could not petition to have her committed to the psychiatric hospital. She fared poorly in jail, with two confrontations with deputies (one in which she was injured, one in which a deputy was scratched) and a few biohazard incidents from when she urinated and defecated on the floor. Fairfax deputies called Alexandria three times, but they did not respond. Finally, Fairfax decided to take her to the Alexandria jail themselves--and used the Sheriff's Emergency Response Team to begin a cell extraction after she panicked.

McKenna refused to sit in a restraint chair, so a deputy punched her in the knees four times. During the struggle, she was shocked four times with a 50,000 volt taser. She stopped breathing shortly thereafter, then her heart stopped beating for 20 minutes. She was on life support for a few days before she finally succumbed to her injuries.

Her death was ruled an accident, despite the fact Taser discourages the use of more than three shocks as well as use on a person with mental illness and despite the fact experts from around the country agreed the deputies used excessive force.

An Overdue Conversation about White Privilege and Mental Illness

Why am I alive while McKenna is dead? (Racism Is Harmful To Your Mental Health) Why was I taken to the psychiatric ward after committing my crimes, but McKenna taken to jail for hers? Why was McKenna taken to jail from the psychiatric ward? Why was McKenna treated as a criminal and not as a sick person? Why am I treated as a sick person and not a criminal? The only reason I can think of is a subconscious racism--I, as a White person, am mentally ill while minorities are branded criminals. Would it be any different if I were a minority?

Just how much of a role does race play when it comes to white privilege and mental illness?

Reasons to Regulate Group Homes for the Mentally Ill
Why Are Psychiatric Drug Side Effects So Severe?
Regina Wofford
June, 25 2018 at 9:35 am

Great article explaining the truth Becky Oberg. You have been there, so you know and can see the truth. Don't allow people to change what your spirit tells you is the truth.

I respectfully disagree with the previous comment; there is easily a difference between feeling white privilege vs 'white guilt'; you don't have to feel guilty to acknowledge privilege and nowhere in this post do I feel that Becky describes guilt. I understand that her post is not to express nor to make others feel white guilt, but to simply ask a question that will hopefully provoke at the very least, sympathy for someone else's pain.
I am not white, I am not black, but I am easily privileged as someone with an advanced education, a very comfortable lifestyle, and a position to strongly influence those around me. I do not ever guilty, more inclined due to my privilege to help those who are hurting, and for those who are 'less' privileged than me. There is nothing wrong with privilege, except for when one denies it's existence in one's own life. Becky I applaud you for 'getting it'.
By the way, there absolutely is a difference is how mental illness effects blacks vs. whites. I work very closely in mental health, and there is the knowledge that black people can often be labelled as schizophrenic while white people may often be labelled as bipolar. This obviously can make a massive difference in treatment, but that bias is there.

Heather Smith,
Did you read this before responding? Or did your biased mind simply see what it expected? This isn't about slavery or white guilt but simply consciousness that a disparity in treatment exists. I'd argue there's a wealthy privilege as well--a socioeconomic disparity. Does that mean I should feel guilty for having money? For residing in a safe neighborhood where policy are inclined towards friendliness as an initial starting point? No. But it'd be the height of stupidity for me to think poverty didn't impact how others experience the world.
White guilt? That's a phrase used to end a valid acknowledgement and conversation about diverse experiences under similar circumstances.
I can tell you when the writer mentioned a SWAT team responded to a call, that could have gone quite differently. Is it wrong to say these obvious truths? I applaud the writer for realizing the disparity exists. With no hint of condescension, that sounds as hard to me as a fish in water knowing it's wet.
I can't claim equal insight into humanity. I was "privileged" to grow up with little money and less food. I have bootstrap wealth now and I'd be blind, deaf and dumb not to notice how very differently I'm treated. Were I born rich, I think I'd be quite ignorant. I admire the writer very much indeed.

White privilege? No. The two cases are similar in regards to mental illness, however, there is one gigantic difference- Mckenna assaulted a police officer! She also engaged jail staff in violent and hostile ways ( fought 2 deputies, purposefully made messes with her bodily waste, and refused to follow orders). While i agree jail staff mishandled the situation, i cannot see any evidence to support your claim of racial bias. I believe you are in fact the person suffering, white guilt is a disorder and you are afflicted. It comes from the feeling of debt to be paid for a wrong done to in this case blacks residing in america 200+ years ago, well before your birth or theirs. How is this your fault? You need help, please get it. Thank you