Sometimes I Miss Being Sick, Even Though I Know I Shouldn’t 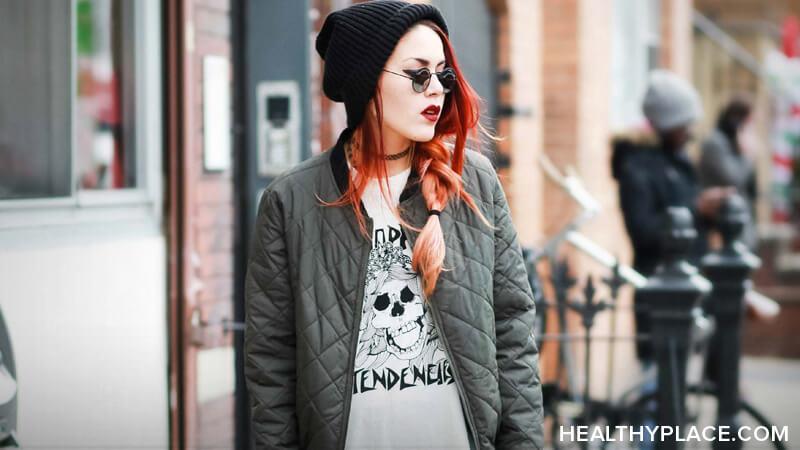 I know it might sound odd, but sometimes I miss being sick. I've gotten so much better over the past few months, and there is a small part of me that misses being sick, and I'm willing to bet I'm not the only one who's ever felt this way. So, let's talk about it.

To be honest, I got used to being sick. I got used to being depressed, anxious, and defensive, and it became normal. Now, with all of that gone (or, let's be honest, less frequent), I'm not sure how to adjust to my new normal. My new normal looks like this: sometimes I'm sad, I'm often still anxious, but now, I feel like those things are secondary to my actual life. My job and my family and my neighborhood take up most of my thoughts now instead of thoughts like "I'm so awful, what's wrong with me?" or "I hate myself, I hate myself, I hate myself."

And for some reason, part of me misses those old thoughts. They became a sort of mantra for me when my illness was worse, and my mind misses those old familiar patterns. Repetition feels good, in some capacity, like running your thumb over a smooth stone over and over.

I Miss Being Sick Because It Felt Like My Identity

Even though I obviously don't love having a mental illness, over time, it has become part of my identity, and as I recover, I have to learn to let that go. And it's hard.

For so long, I thought of myself as someone who was reactive, depressive, and afraid. It was just "who I was." I was familiar with how I would react in certain situations because of my illness, and that felt familiar, safe even. But those reactions weren't healthy or helpful. I would melt down at any perceived rejection, shut down whenever life got too overstimulated, and, generally, I didn't handle emotional situations very well.

Now, things aren't perfect, but they're better. And it's hard not to feel like a whole new person. Most of the time, that feels good, but sometimes, it feels sad. Like I need time to grieve for the death of the person I used to be.

I don't write this to say that I wish I was still sick. I don't; I love how well I've recovered. I just think that a lot of people who live with mental illness miss their illness just a little when they start to recover, and I want to take the shame out of that. I think it's a natural part of the recovery process, and just like every other step toward feeling better, it should be recognized and maybe even celebrated.

How about you? Have you missed being sick before? Please feel free to share your story in the comments.

Tags: i miss being sick

APA Reference
Griffith, M. (2021, May 11). Sometimes I Miss Being Sick, Even Though I Know I Shouldn’t, HealthyPlace. Retrieved on 2023, January 30 from https://www.healthyplace.com/blogs/recoveringfrommentalillness/2021/5/sometimes-i-miss-being-sick-even-though-i-know-i-shouldnt