It's Time to Normalize Speaking About Mental Health in Sport 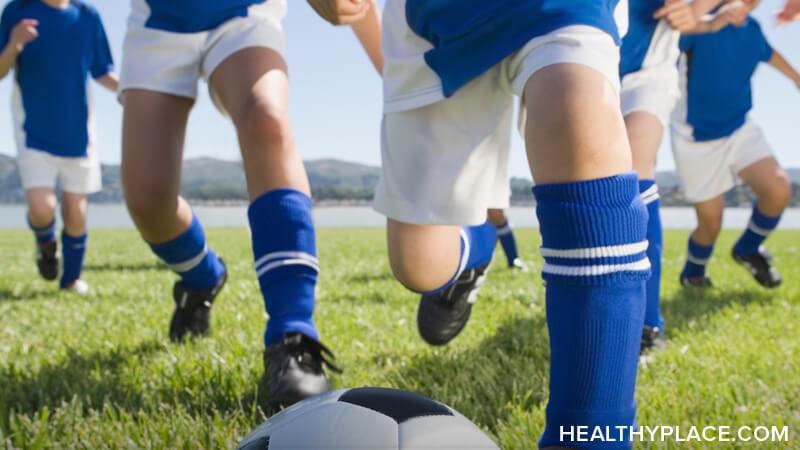 Simone Biles, Naomi Osaka, Ben Simmons--at first glance, these three individuals do not seem to have a lot in common; but upon closer examination, there is more similarity here than meets the eye. Within months of each other, Biles, Osaka, and Simmons all spoke publicly--some more frequently than others--about their mental health struggles.1,2,3 While Biles and Osaka received some criticism, the general sentiment was acceptance and support; for Simmons, however, the same can not be said. So why did the public mock him and rally behind her? Why was he a laughing stock and she a hero? Unfortunately, the answer to this question may run as deep as the all-too-familiar and stigma-fueled cliché: real men don't cry.

"A fake, a phony, and a fraud, and this guy has been hiding under the 'mental health' card from the bottom of the deck, knowing that it makes you untouchable in a polite society."4

Stardom Does Not Shield One from Mental Health Struggles--It Magnifies

I believe there is one clear flaw in the reasoning of Maller, and that is that he neglects to account for the stone-cold truth that stigma surrounding mental health still exists. Even in 2022, discussing mental health is still considered taboo by many.5 The "mental health card" that Maller illustrates, in my opinion, does not exist. When I ultimately decided to share my story, personal gain never crossed my mind. I was terrified, uncertain, and anxious, but I came to the conclusion that sharing my story could ultimately do more good than harm; maybe Simmons thought the same.

As a society, we tend to scrutinize individuals we hold in high esteem and perhaps forgive them less easily than we would a colleague or a neighbor.6 In discussing nuances of notoriety, it is important to note the implicit responsibility that comes with being in the public eye. Celebrities' actions are magnified to the nth degree, and although I may not agree with many things surrounding modern-day acclaim, what I do agree with is that on the most primitive level, we all share one commonality: humanity.

Societal expectations for men to be tough and not show emotion can discourage individuals from seeking help. It is important to ponder that men are less likely to seek help for mental health issues as well as have higher rates of depression and suicide compared to women.7It is strikingly clear that these two facts may very well be related, and if so, change is essential.

Regarding professional sports, the culture of traditional masculinity can appear and even flourish. There is often an expectation of toughness in sports, especially for male athletes. With that said, if the message was simply encouraging physical toughness, I would not have a problem with this. The issue, however, is the hidden context behind the word itself. The "toughness" in this sense sends the implicit message to young and malleable minds that toughness means masking emotions.

Jumping back to 2022, Simmons went against the norm by speaking openly about the state of his mental health and was met with criticism and even mockery for sharing his truth. Simmons' experience, along with the unsettling rates of depression and suicide among men, are clear indicators as to why we as a society need to rethink the definition of masculinity we are teaching the young male population.

Mental Health and Gun Violence: Enough Is Enough
What Do I Do When Mental Health Coping Strategies Don’t Work?
Kellie Burke
June, 14 2022 at 1:45 pm

Prince William, The Duke of Cambridge, is doing groundbreaking work on reducing the mental health stigma in sport. Great article!

Kellie, thank you so much for your comment and pointing me toward Prince William's work. I'm excited to read up on all he is doing! I really appreciate you taking the time to read the article and I am so very happy you enjoyed it.