The Harmful Effects of Biphobia on Mental Health

You might not know it, but biphobia -- prejudice against bisexuals -- has harmful effects on mental health. If you identify as bisexual or pansexual, chances are you've had your sexuality questioned or confronted in some way. More than likely, you have experienced biphobia even from friends and family and this biphobia might harm your mental health. It can be an innocent sounding question such as: "How can you be in a committed relationship if you're bisexual?" or "Are you sure you don't want to be with someone from the same sex as well?" These kinds of ignorant questions reflect the biphobic society that we live in. It delivers the toxic message that our sexuality is not valid and reinforces the belief that we must choose between being straight or gay. 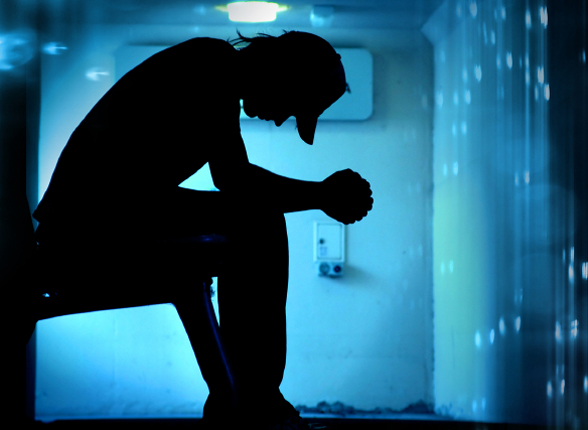 I can't tell you how many times I've had to restrain the urge to roll my eyes at biphobic comments or questions. As a married pansexual woman, I am aggravated at the surprise reactions I get when I tell people about my sexuality. More often than not, people will ask me if I secretly want to be with a woman even though I am happily married to my husband. Sometimes they hint at the fact that I am a cheater as well, something that truly frustrates me and I find ironic. I don't mean any offense to heterosexual people, but does their heterosexuality prevent them from being unfaithful? I think we all know the answer to that one. I notice that dealing with these biphobic comments and questions heighten my anxiety as well, making it difficult to accept myself for who I am.

I've written about the link between biphobia and low self-esteem before, but I can't stress enough how damaging it is to bisexual/pansexual individuals. Our sexuality is questioned all the time, from television shows, books, movies, and so on. Ever since I can remember, I've had the message that bisexuality is an "experimental phase," which adds to the false belief that it's not a real sexual identity. This biphobia is extremely harmful to bisexual/pansexual people's mental health because biphobia creates low self-esteem and self-worth. While there seems to be more acceptance for gay and lesbian individuals, the same cannot be said for bisexuals, who are seen as confused and even greedy. It's no wonder that so many bisexual/pansexual people suffer from low self-esteem and struggle with mental illnesses.

The only way to combat biphobia and its harmful effects on mental health is through representation and visibility. It is so important for people to come out as bisexual/pansexual if they feel safe and comfortable to do so. This allows others to see that bisexuals are not confused, unfaithful, and greedy. Many bisexuals are capable of happy, committed relationships and even marriages. The fact that I am married does not erase my pansexuality. I am getting more confident in telling people that I'm pansexual and I actually plan on becoming more active in the lesbian, gay, bisexual, transgender, queer (LGBTQ) community as well. I want to be part of the solution, not the problem.

APA Reference
Celis, V. (2015, May 13). The Harmful Effects of Biphobia on Mental Health, HealthyPlace. Retrieved on 2023, January 29 from https://www.healthyplace.com/blogs/thelifelgbt/2015/05/the-harmful-effects-of-biphobia-on-mental-health

Similarities Between Pansexuality and Bisexuality
Dealing With Self-Harm While Being Queer
Jessica
March, 24 2018 at 6:12 pm

It is so important to be able to see yourself represented in some way across any and every spectrum. It's so true that we need to be there for each other and show each other that we're more than the bigoted stereotypes. Personally, I've had to deal with a lot more grief from friends than anyone I'm not close to. Phrases like "Jessica's bi" and "Bi-ssica" are frequently used and having songs made up about how bi I am isnt great either. Even though I care about these people, it's important to know that ignorance can come from anywhere and it doesn't make it okay. Keep standing up for yourself!

This is so true.I'm so with you on that.Its not her thats confused its biphobics who are so unsure about thete own feelings they become afraid because they dont understand. HENCE you scare them only if they question their own sexuality. You are ok just accept yourself. If they dont like it thats their problem.

Thank you Jeana, and well said as well.