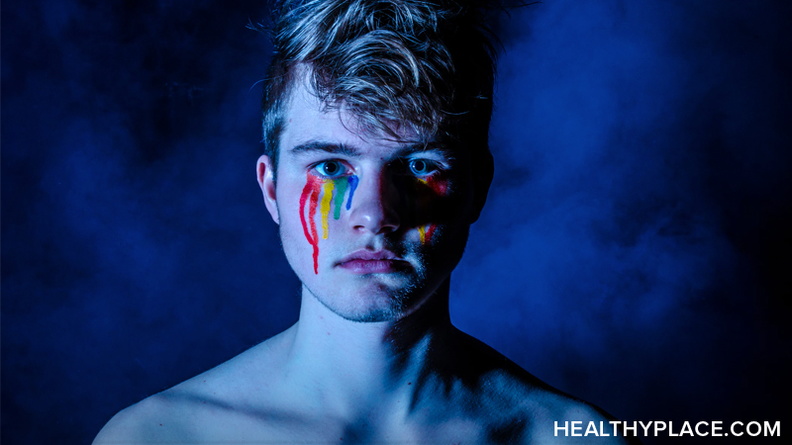 Since I'm openly transgender, I sometimes get comments that my identity is a mental illness because "gender dysphoria" is in the DSM-5, the official diagnostic tool for psychiatric disorders. To me, this reflects a misunderstanding about what gender dysphoria is and how it's treated. While most trans people experience dysphoria, especially before transitioning, not all trans people do for their whole life. For that reason, it's possible for someone to be transgender but not have gender dysphoria.

In this post, I want to explain the difference between gender dysphoria and being transgender. While dysphoria is a medical condition, the disconnect experienced between gender identity and biological sex isn't what makes it a disorder. It's the depression, anxiety, and distress caused by it, which can be alleviated or even eradicated altogether through treatment.

What is Gender Dysphoria?

Gender dysphoria is defined as the distress a transgender person experiences due to the disconnect between their gender identity and their physical sex. A few common signs of gender dysphoria include:

While this condition is in the DSM-5, gender dysphoria isn't considered a mental illness. The reason its name was switched from gender identity disorder to gender dysphoria in the most recent DSM is because being transgender isn't a psychiatric disorder. Once people with gender dysphoria receive treatment, they often don't experience as much depression, anxiety, or incongruence between their bodies and their gender identities.

My Experience with Gender Dysphoria

Growing up, dysphoria was a common experience for me–especially during my teen years, when puberty put my body and my gender identity even more at odds with each other. I remember reading a book called Parrotfish about a young trans boy who wishes he had been born a man and empathizing with his experience. In college, I was diagnosed with gender dysphoria and decided that the best path for me would be to socially transition. Not every trans person does for various reasons, but most take at least some steps towards living as their authentic selves (whatever that means for them).

Now that I'm pretty far into my transition, I don't experience gender dysphoria on a day-to-day basis. Overall, I'm grateful that I'm healthy and that I've been able to take treatments like hormone replacement therapy, a medication that has given my body male characteristics (like a deeper voice and some facial hair). My body may not be perfect, but whose is?

Finding Love as a Transgender Person
What Can We Learn from 'Queer Eye' About LGBTQ Self-Care?
Roberta
May, 21 2022 at 10:17 pm

The question is, someone I love very much is claiming to be transgender, He was born a male, raised as a male, and has always portrayed himself as a male. He has a multitude of mental issues and has been under Dr. care since he was 3 years old, he is now 18. Suddenly, he said he was homosexual, He had a sexual relationship with another male, then suddenly, he was no longer homosexual, he is now transgender. He wants to go by a female name and will wear some girl's tops, but for the most part, he wears male clothes. He does not act female; he is rough and tumbles and likes to hang out with his father rather than his mother. I am from the old school and am finding it hard to believe he is actually transgender. Personally, I think he is confused, and if it weren't for his other mental issues, I would say treatment may say for sure, but he rejects any medication, therapy, etc., and insists that he is now 18 and no one can tell him what to do. My question is this. Is there any time when someone would see themself as transgender but later decide they are not? If so, what's going on with them mentally? Where would all this be coming from.?

What would a person be if society stopped seeing identity?
A disorder is something that has science attempt to put back in order, so even if one wouldn't say mental illness, they'd still have something that can be fixed, or at least, an attempt at fixing.
The fact is, there are many problems that can't be fixed.

In my quest to understand my gender dysphoria I have always been confused by assertion that it is not a mental illness. How can anything that requires treatment not be an illness?

Hi- I have a question, or rather an analogy I’d like to address, and I’m interested in hearing your opinion . I suffer from Anorexia nervosa; I’ve struggled with it for nearly 15 years. It could be characterized as a preoccupation with the body and a strong sense of feeling as if the body does not belong to you because it, somehow, doesn’t align with what I envision. In essence, when I’d fall to low weights of 85 pounds, I wouldn’t see boniness; I didn’t see the body I continually wished to possess; I still saw fat. In Anorexia, there is a split between body and identity; the latter falls under submission of the former . Anorexics do not feel as if they are in a body that is “theirs”. There is strong ontological insecurity that exists among anorexics- not knowing who they are without their body offering them some confirmation. To receive this confirmation, we undergo physical starvation through a preoccupation with calories, exercise, an enjoyment of starving . We destroy our bodies, our health, all for this confirmation. Now, as I see it, transgenders also feel a disconnect from their bodies, and go through radical manipulations of their bodies to fulfill an identity. The question I’d like to posit to you then is, why don’t you think Anorexia receives the same praise as transgenderism? Why is there no advocacy for us? Isn’t it our choice and right to desire skeletal physiques? Shouldn’t we too have our own clothing sizes to support our identities ? And, if Anorexia could be slightly correlated with a body dysmorphia, why doesn’t the idea of assuming your a man or a woman trapped in the other’s body receive the same diagnosis. Do transgenders not have to destroy and transform their bodies to fulfill their identity ?
I’m black btw.