What Does It Mean for Depression to Get Better? 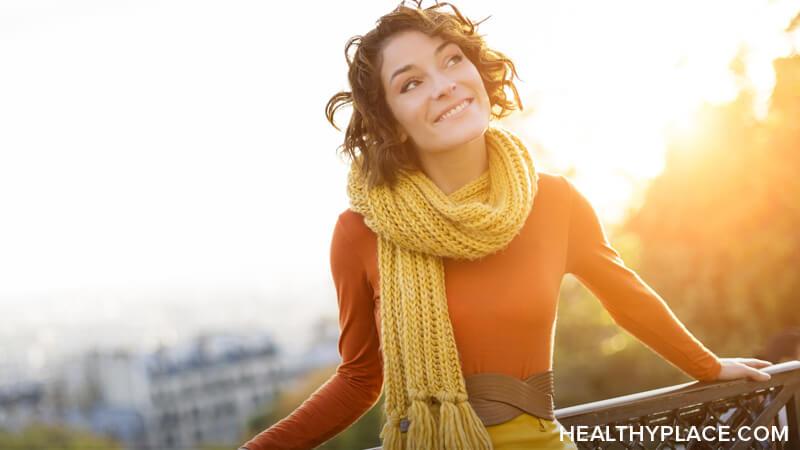 One of the most important things I've learned is that depression gets better, but recovering from mental illness is also a work in progress. I'm constantly getting better and then moving backward. It may be a cliche, but there is truth to the idea that mental illness recovery is a journey rather than a race. But in that journey, depression can get better.

How I Knew My Depression Was Getting Better

One of the first things I noticed when my depression was getting better was that my relationships were smooth. I had learned that I could end unhealthy relationships, so I didn't feel the need to force anything. I was being honest about my needs. To be frank, I wasn't putting up with bad relationships.

This meant working harder on the relationships I wanted to keep, and this is something I still do. Relationships, like depression, involve some growing pains.

I Stopped Blaming My Mental Illnesses

It was so easy to place blame on the rest of the world because of my depression. I could point to every problem in my life and tell you that it wasn't my fault. Soon, it was too easy to blame everything on depression and anxiety.

My depression getting better also allowed me to see which factors influenced my decisions. Even though I was taking responsibility for my own role in how miserable I was, I understood why I let things get so bad. For example, I was able to see why my relationships with my parents contributed to my list of problems. At the same time, I could see that the onus was on me to accept the past even if I could not forgive it. Nobody was making me sad. It was me doing that.

When My Depression Got Better I Became Mentally Engaged

Finally, I learned how important it was to engage with the rest of the world. I needed to be an active participant in my life, especially because it was the only way I was going to recover. Being passive wasn't working. I was just becoming more miserable.

Watch my video about what it means to stay mentally engaged in getting better from depression. Then, let me know how you plan to do this in the future.

APA Reference
Horsfall, A. (2017, September 26). What Does It Mean for Depression to Get Better?, HealthyPlace. Retrieved on 2022, August 19 from https://www.healthyplace.com/blogs/toughtimes/2017/09/what-does-it-mean-for-depression-to-get-better