The topic of schizophrenia has always been an enticing one for many of us in society because of its intense symptoms, presentation, and resistance of the symptoms to many treatments. But once we begin to discuss the existence of schizophrenia as being present in the innocent world of children, we stop dead in our tracks, almost in fear, of the reality.

Treatment and Diagnosis of Child-Onset Schizophrenia

Childhood-onset schizophrenia (COS) is becoming a topic that more mental health professionals are studying, but we continue to lack the breadth and depth of knowledge needed to identify and properly treat the disease in children and teens. In fact, many of the psychotropic and therapeutic treatments offered to children have only been studied for and used on adults. This becomes problematic when adjusting medication dosages and therapy to level of cognitive ability. Most professionals resist prescriptions of various antipsychotics to treat children because these drugs come with multiple side effects and can cause medical complications. 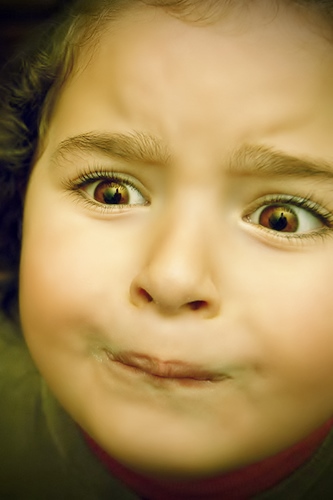 As a therapist, the struggle to correctly diagnose and treat these youngsters is real. The struggle is not so much in what to do to treat symptoms, but in identifying whether schizophrenia is the true culprit or not. If you consider autism spectrum disorders, bipolar disorder, attention-deficit/hyperactivity (ADHD), and even oppositional defiant disorder (ODD), diagnosis and treatment can get very complicated. Co-morbidity (when two or more disorders occur at the same time) tends to make things even more complicated.

Sadly, for many families, uncertainty sets in as the child continues to deteriorate and treatments continue to fail. The uncertainty is accompanied by a real sense that something serious is happening to their loved one and no one can identify what it is. The lack of correct identification is not so much due to the mental health professional not understanding the presentation of symptoms, but rather a desire to exhaust all other possibilities. No adult wants to diagnose child-onset schizophrenia at the first sign of psychotic symptoms. But there are cases in which symptoms are so severe that a diagnosis of psychotic disorder, not otherwise specified (NOS) or COS is warranted. If you feel your loved one could be suffering from COS, there are persistent symptoms that you should be aware of:

For many families, the negative and behavioral symptoms are what make the disorder difficult to correctly identify because symptoms can mimic other disorders. It’s not easy to identify COS because it’s very rare. But when symptoms are likely to worsen into COS, families must be educated. There is indeed a “hush-hush” attitude in our society about COS. No one brings it up unless symptoms are almost at the point of complete psychosis. At this point, we arrive late on the scene. Early identification prevents harm to the sufferer and those around the sufferer. Yes, COS is rare, but it is not nonexistent.

This article was written by:

Támara Hill, MS, NCC, LPC-BE is a therapist working with youth suffering from disruptive behavioral and mood disorders including severe verbal and physical aggression. She has became known for her interest in seeing change, connecting with families, and speaking on behalf of those in need. She continues to rely on what she calls her “divine calling” for inspiration on where to help families next. Connect with her at AnchoredInKnowledge.com, Google+ and Twitter.

Depression Help for Men? “Suck it Up, Princess.”
Is Your Depression Caused By Your Diet?