PTSD Caused By Many Types of Trauma

As a mental health advocate, author and speaker, I attend many events surrounding posttraumatic stress disorder (PTSD). All too often, I experience a conversation that goes like this:

“What do you do, exactly?” someone will ask.

“I help trauma survivors learn to cope with, manage and overcome symptoms of PTSD,” I reply.

“Ohhhhh,” their eyes light up. “You work with veterans!”

People often don't realize that the causes of PTSD result from many types of trauma.

PTSD Caused By Different Types of Trauma, Not Only Combat 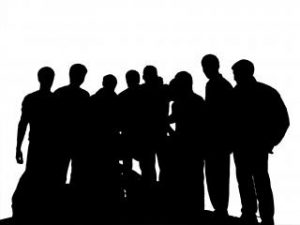 I do work with veterans--and I really love giving back to those brave men and women who risk their lives to protect us. Recently, I was asked to design a three month coaching program for a veterans organization to help support their members struggling with symptoms of posttraumatic stress. I’m loving the challenge of meeting combat PTSD specific issues in ways that bring release and relief.

But veterans are not, as all too often the community seems to think, the only people who struggle with PTSD. I also work with survivors of many other types of trauma, too. While the media focuses its PTSD coverage on veterans, the fact is that posttraumatic stress disorder is not solely tied to the military.

Types of Trauma That Can Cause PTSD

The definition of PTSD encompasses symptoms that are the result of trauma, which comes in many forms, including:

PTSD Affects Many Americans, Regardless of Trauma Type

Just to give you a taste of the large pool of survivors with PTSD, check out these PTSD statistics:

70% of adults in the U.S. have experienced some type of traumatic event at least once in their lives. Up to 20% of these people go on to develop PTSD.

An estimated 8% of Americans have PTSD at any given time (and those of us in the field believe that’s an extremely conservative number).

An estimated 1 out of 10 women develops PTSD; women are about twice as likely to develop PTSD as men.

Among people who are victims of a severe traumatic experience 60-80% will develop PTSD.

The moral of the story here? If you’re struggling with the after-effects of any type of trauma, you may very well have PTSD; even if you do not have direct combat experience. PTSD comes from the psychological and physiological effects of trauma, not the type of trauma itself.

PTSD Definition: How to Recognize Posttraumatic Stress Disorder
PTSD and Dissociation: What You Need to Know
Children and PTSD | Trauma! A PTSD Blog
May, 8 2013 at 9:36 am

[...] causes of PTSD in adults also apply to children. Additionally, research suggests that PTSD can result from [...]

Hello Michele! I have a rare diagnosis known as a Comorbid and or Dual Diagnosis. Because i have experience consecutive traumatic events during each life phase, beginning with:
Early Childhood Trauma (abandoned twice, 12 failed placements, 6 years of 'inhumane abuse maltreatment and a terminated adoption (isolation and starvation) no contact with humans, no elementary education at all, unbonded to any human beings
Adolescent Years (second adoption at age 12, alcoholic violent and sexually abusive father) i was revictimized by the WA State cath comm service therapists who 'denied' my brutal abuse from OK state, which at 12 yrs old, prompted my silence for many years.
Domestic Violence and Abusive Partners (15 yr stalker), until very recently, now at age 41.
Having experienced these different forms of trauma at each life phase, i have now developed severe PTED and BPD which has left me extremely overwhelmed and frustrated in my every day life.
although i do advocate daily for many nonprofits as well as blog and write for recovery for many different pages and websites.
you can find me and my twitter or facebook profiles and i am also blogging for healthy place, abuse journals, and ark of hope.

Hi, ECT! -- Great to hear from you and thanks for offering your thoughts and sharing your experience. I can imagine how overwhelmed and frustrating you must feel. When trauma piles up like that it does make the aftereffects tough to deal with. So wonderful to know that you're sharing your thoughts in so many places. I always say, 'We don't heal in isolation; we heal in community.' You go, girl!

I want to know all about PTSD

@James -- If you have or know someone struggling with PTSD then you're a very smart man to want to know all about it! Education, knowledge and information are the keys to finding help, recovery and relief. For a good beginner's crash course, check out the Heal My PTSD website, particularly the Education and Treatment tabs: http://www.healmyptsd.com
Then, if you have any questions at all feel free to let me know!

[...] you’ve survived a type of trauma and are now in some form of recovery from its effects, chances are you’re movingatwarpspeed. [...]

Hi,
Thank you for pointing out the many forms of trauma that can result in PTSD. The mental health workers I encounter have a hard time accepting that I have some PTSD from my experiences in psychiatric hospitals. I was abruptly placed in one at a young age (12), and that was traumatic. Since then, I have had multiple hospitalizations and every time I reexperience the original trauma and behave like a person struggling with PTSD -- or a psychotic person. I don't mean to, I don't want to, I just lose control in a psychiatric hospital situation. I am in touch with reality but out of control of my actions. (Usually what gets me in the hospital is severe self-injury.)I guess this would come under your "extreme medical experiences" heading. Mental health workers should learn about this!

Kathy, It's a mystery to my why anyone would have a hard time understanding that you have PTSD! Sadly, I hear that story all too often. It's up to those of us who struggle from the inside to educate those who watch from the outside. Thanks for sharing your thoughts with me -- when we all raise our voices we change the knowledge of the world.

Hello there,
I left a sexually and emotionally abusive relationship over a year ago. Can it be that I have this condition? How can I really know?

There's a great PTSD test right here on Healthy Place, M, which can offer you a good idea if you're fitting diagnostic criteria. Then you can take the results of the test with you to a therapist, counselor, psychiatrist, etc. for a thorough assessment and diagnosis.
You can find the PTSD test here:
http://www.healthyplace.com/psychological-tests/ptsd-test/

I'm am looking for a phycatrist in my area to do a complete mental reevaluation. Scared ill find the wrong one. How do I find a reputable one? I live in Lafayette, LA. I just can't afford to find someone who dosent have my best interist in heart. I can't get someone to listen. I guess you've heard that a lot lol. I've even been diagnosed ADHD. This is all wrong. Can you point me in the right direction?

Cassie, you're so right: It's a little scary to try to find the right person to work with after trauma. A few ideas: ask your primary care doctor for a reliable referral, ask you clergy if you have any, ask friends. Also, check out this resources page; the mental health directories at the top of the page can act as vetting agencies: http://healmyptsd.com/education/ptsd-resources

Hi, my name is Cassie. I have been diagnosed with Bipolar 1 by a "state" hospital. I have been going since 1998. I am a 36yr old mother of a perfect 17yr old girl. I was diagnosed in 30 minutes. I have felt awlful and physically sick since then. I do not fit bipolar. I have not been given a chance to talk about my past and I'm on some very harsh medications. I know in my heart someone might listen. I fit GAD & PTSD. This is something that I can get counciling for. I believe all I need is some serious therapy and learn how to rewire my brain with cognitive thinking. I don't know where to go from here. I have been labeled and what do I do?

Hi, Cassie -- Unfortunately, your story is very common. PTSD is often misdiagnosed as BP. It sounds like you may need a more accurate diagnosis. I think your best bet would be to get out of the state run facilities and into evaluation via private practice with someone trained in trauma. Trust your instincts; they can be more accurate than the clinicians who are not properly trained to recognize the difference between BP and PTSD.