Social Life Problems of Being Single at 30-Something 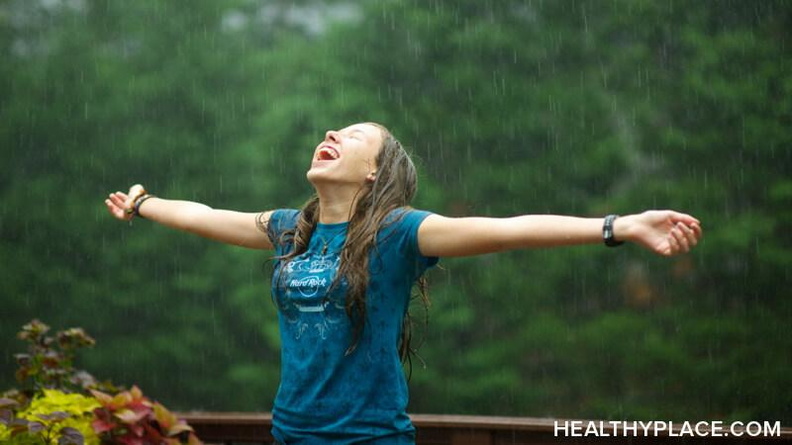 I experience social life problems as a man in my 30s. It is hard to create a meaningful social life as an adult under the best of circumstances. It was different as a child or in college, when one was already surrounded by numerous peers, all searching for similar things. At this point in life, meeting new people is hard. For me, as a 30-something single man, it is especially difficult to meet people at the same point in their journeys as I am. Here are some of my social life problems and what I'm doing about them.

Problems of a Social Life with Mental Illness

The hardest social life problem, for me, of being single with a mental illness is not having a buffer between me and those who either think of my illness as being crazy or those who think of me as an object to be pitied. About 50 percent of the people I meet fall into one of these two categories. Many are simply frightened off. They hear the term "bipolar" and assume I am a murderer waiting to happen and run away. Others give me the head tilt and the "aw" face, and can't seem to talk about anything else, treating me like a little child. Being single means I am facing these people alone.

I Have Stopped Dating

Dating is a rough go as a 30-something man who struggles with mental illness. Meeting a new woman online triggers my anxiety, and the struggles of connecting with people can cause me to spiral into a depression. I recently had a lovely first date -- a rarity for me -- with a woman I met online. We had a lovely conversation and scheduled a second date. The evening before that date, she texted me to cancel, stating that she didn't feel a romantic connection.

This event in and of itself wouldn't normally trigger me, but it isn't an isolated incident. I have realized that dating causes me to be less healthy than just not having a partner. So, at least for now, I have given up.

Being Social as a Single

It is hard having a social life as a single adult. The vast majority of my friends are married with children, or well on their way to being so. While spending time with couples and families can be great, it is difficult at times, as it makes me only the more conscious of my own lack of those things, and again, triggers me. So what options are there?

First of all, I have come to realize that there are others in similar situations to the one I find myself in. Unlike earlier eras, these days many people don't get married into their 30s and 40s, if at all. I have tried to go out of my way to meet some of those people.

Secondly, and more importantly, I have tried hard to come to the conclusion that I am my own best companion. Things I would never have done on my own, like travel or go to a movie, can be okay without a partner. I have begun going to MeetUp events by myself. Again, this used to terrify me.

Life as a Third Wheel

Another social life problem is that I often feel like a third wheel. Spending time with couples can be a challenge, as I mentioned. However, the only real alternative is to avoid those friends of mine who have partners and/or families and that isn't really a great direction for me to pursue. I make sure these days that I have conversations with my friends ahead of time that feeling like a third wheel can be triggering, and only spend my time with those who are inclusive. Sure, there are moments that I am with a couple who are holding hands or cuddling and it brings up negative emotions for me, but I don't allow myself to waste my time on those who go out of their way to enhance that feeling.

I was recently in Montana with a couple of my closest friends, a married couple and their kids. With five of us, we needed two cars to get around and they didn't make me drive alone. We hiked, and I spent individual time walking with each of them, as well as with the boys. They go out of their way to include me, and I also go out of my way to be included.

APA Reference
Berg, J. (2018, July 26). Social Life Problems of Being Single at 30-Something, HealthyPlace. Retrieved on 2023, January 28 from https://www.healthyplace.com/blogs/relationshipsandmentalillness/2018/7/social-life-problems-of-being-single-at-30-something

The World Around Me Can Make My Mood Worse
The Dangers of Comparison: Who You Can Compare Yourself To
allalone
August, 1 2018 at 10:41 am

i can so relate. im a 38 yr old female and it really bothers me that im not a mom. I too dont have people to hang out with as my "friends" are busy with their kids. i feel very alone and left out. I dont even bother reaching out anymore

I'm really sorry you are going through this. Just know you are not alone and that many people are in the same boat.