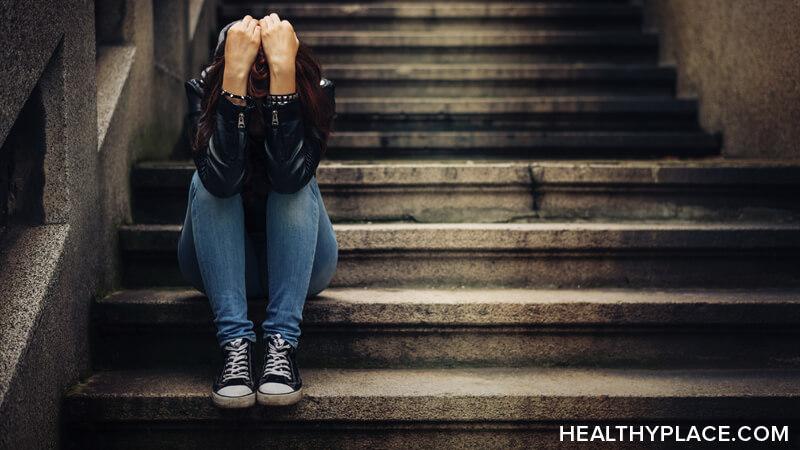 I've suffered from anxiety since I was a child, although I didn't get diagnosed with an anxiety disorder until my late-30s. The often visceral symptoms of anxiety are hard enough for an adult to describe, let alone a child. The episodes I had as a child were scary, and while I tried to explain what was happening to my parents, they simply didn't know enough back then to help me. And so, I began to suffer my anxiety in silence.

What Suffering with Anxiety Looked Like for Me as an Adult

By mid-January 2001, I was in such turmoil that I essentially had a breakdown. Work was very stressful. I was a manager of an application support team and was on-call 24/7 for weeks on end.

I remember being on a crisis call with other managers, trying to diagnose a system issue. My boss, who was also on the call, told the other managers that I needed a break because I had been dealing with the issue non-stop for 24 hours. I was livid, thinking:

"How dare she say that to all these other managers? Now they think I'm incapable and unreliable and need special treatment!"

I brought her into a conference room the next day and screamed at her about it. I was literally screaming at my boss. She could have fired me on the spot, but instead, she attempted to calm and placate me, saying she had only my best interests at heart and that nobody had or would think such things of me.

Had my undiagnosed, untreated, generalized anxiety not been a factor, I'm sure things would have played out much differently.

Within a week of that event, I went on leave from work, diagnosed with generalized anxiety and depression.

The term "mental illness" wasn't readily used back then, and having a mental illness certainly wasn't discussed. I was off work for four months, during which, along with trying to get well—whatever that meant—I also tried to wrap my head around my diagnosis, thinking:

"What does having anxiety even mean? Sure, I worry. Who doesn't? But worry can't make you sick, can it?"

In those early years, I learned that worry is not the same thing as anxiety. Worry is transient and temporary, while anxiety is so much more. It's an unstable current running beneath every aspect of your life. Sometimes the current is calm, almost like a millpond. Other times, the current is a mad, raging river, thrusting you headlong towards the waterfall looming ahead.

In those early years, I learned that anxiety could not simply be dismissed. It must be tended to and respected as an illness that will not be ignored. And while I appreciated that anxiety was an illness, I still kept it a secret. I was afraid to tell my family and friends. I sure as sugar wasn't going to tell my boss or colleagues. Would I have reacted this same way if I had been diagnosed with cancer? I probably would not. I felt that I would be judged as being less-than if I told people I had a mental illness. And back then, I probably would have been. People tend to judge what they don't understand ("What Is Stigma?").

Freeing Myself of My Anxiety Secret

It took me more than a decade to finally open up to people about my anxiety, and it was hard. Of course, my husband knew from the beginning, and my kids grew to understand that Mom was dealing with a mental illness called anxiety.

I slowly told my siblings, who, as it turned out, were keeping mental illness secrets of their own. It's sad that we'd kept these secrets from each other as we could have been supporting each other all along. We are trying to do this now.

I told my two best friends, who never judged me and showed me loving support and kindness.

I debated telling my parents because I didn't want them to worry about me. Honesty won out, which they so appreciated. They told me they were glad I was honest with them as now they could pray for me within the context of my illness and with clear intent.

Lastly, I decided to open up to a work colleague. She and I were confiding with each other while on a coffee break. Our conversation skirted around what I was sure was the same thing. I decided to trust her and told her I suffered from anxiety. Relieved, she told me she, too, had anxiety. We were great support for each other in those days.

How Opening Up About Anxiety Can Help

Suffering from anxiety is hard enough without the added stress of having to keep it a secret. We live in a time where, more and more, mental illness is being talked about and accepted as an illness that needs to be and can be treated. While opening up at work may be too daunting, I encourage you to tell your friends and family. Perhaps find a support group in your area. Or, tell one close, trusted friend or family member who will listen and support you without judgment.

Opening up about anxiety can be scary, that's for sure. But, in my experience, sharing this vulnerable piece of myself with those I trust has lessened the burden of my anxiety overall.

Using a Mood Tracker to Help with Anxiety
My Experience with EMDR Trauma Therapy
Lizanne Corbit
April, 20 2022 at 4:11 pm

So happy for you, Liana. This reminded me of a quote. "Shared pain is lessened. Shared joy is increased."

Thanks, Lizanne. It was a hard lesson learned but I'm glad I learned it. Thanks for the quote. I love it.