Find out about the consequences of untreated bipolar disorder including increased suicide risk, dangerous behaviors, substance abuse, not to mention the effect on loved ones.

Bipolar Disorder and Risk of Suicide

It is important to note that an estimated 15% to 20% of patients who suffer from bipolar disorder and who do not receive medical attention commit suicide. The risk is greater in the following individuals:

Thinking and Memory Problems in Those With Bipolar Disorder

A 2000 study reported that bipolar disorder patients had varying degrees of problems with short- and long-term memory, speed of information processing, and mental flexibility. Medications used for bipolar disorder, however, could have been responsible for some of these abnormalities and more research is needed to confirm or refute these findings.

Behavioral and Emotional Effects of Manic Phases on the Patient

A small percentage of bipolar disorder patients demonstrates heightened productivity or creativity during manic phases. More often, however, the distorted thinking and impaired judgment that are characteristic of manic episodes can lead to dangerous behavior, including the following:

Often such behaviors are followed by low self-esteem and guilt, which are experienced during the depressed phases. During all stages of the illness, patients need to be reminded that the mood disturbance will pass and that its severity can be diminished by treatment.

Cigarette smoking is prevalent among bipolar patients, particularly those who have frequent or severe psychotic symptoms. Some experts speculate that, as in schizophrenia, nicotine use may be a form of self-medication because of its specific effects on the brain; further research is necessary.

Up to 60% of patients with bipolar disorder abuse other substances (most commonly alcohol, followed by marijuana or cocaine) at some point in the course of their illness.

The following are risk factors for alcoholism and substance abuse in bipolar disorder patients:

Effects of Untreated Bipolar Disorder on Loved Ones

Patients do not work out their negative behaviors (e.g., spending sprees or even becoming verbally or physically aggressive) in a vacuum. They have a direct effect on others around them. It is very difficult for even the most loving families or caregivers to be objective and consistently sympathetic with an individual who periodically and unexpectedly creates chaos around them.

Many patients and their families, therefore, cannot admit that these episodes are part of an illness and not simply extreme, but normal, characteristics. Such denial is often strengthened by patients who are highly articulate and deliberate and can intelligently justify their destructive behavior, not only to others, but also to themselves.

Often family members feel socially alienated by the fact of having a relative with mental illness, and they conceal this information from acquaintances. (This is particularly true if the patient is female and lives away from home.) People with more education are more likely to feel ostracized by their acquaintances than are those with less education.

The economic burden of bipolar disorder is significant. In 1991, the National Institute of Mental Health estimated that the disorder cost the country $45 billion, including direct costs (patient care, suicides, and institutionalization) and indirect costs (lost productivity and involvement of the criminal justice system). In spite of the obvious need for professional help, access to medical therapies is not always available for patients with bipolar disorder. In one major survey, 13% of patients had no insurance and 15% were unable to afford medical treatment.

Diabetes. Diabetes is diagnosed almost three times more often in people with bipolar disorder than it is in the general population. A 2002 study reported that 58% of bipolar patients were overweight, with 26% meeting the criteria for obesity. Being overweight is a significant risk factor for diabetes and so it may be the common factor in both diseases. Drugs used to treat bipolar also pose a risk for weight gain and diabetes. Common genetic factors have also been implicated in diabetes and bipolar disorder, including those causing a rare disorder called Wolfram syndrome and those that regulate carbohydrate metabolism.

Hypothyroidism. Hypothyroidism (low thyroid levels) is a common side effect of lithium, the standard bipolar treatment. However, evidence also suggests that bipolar patients, particularly women, may be at higher risk for low thyroid levels regardless of medications. It may, in fact, be a risk factor for bipolar disorder in some patients. 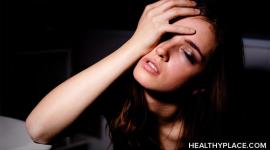 What Is Substance Abuse and Alcohol Abuse? 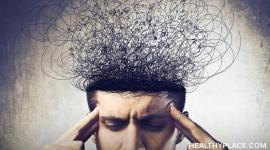 Balanced Mental Health to Nurture Your Whole Self

How does the narcissist react when not in receipt of sufficient Narcissistic Supply?