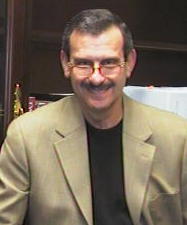 Harry Croft, MD  is the Medical Director of HealthyPlace.com.

Dr. Croft is a private practice psychiatrist from San Antonio, Texas who is triple board certified in: Adult Psychiatry, Addiction Medicine, and Sex Therapy. His background includes training in both OB-GYN and PSYCHIATRY at the University of Texas Medical Branch in Galveston, Texas. In addition, he trained with the famed sex therapy team of Masters and Johnson. He is also the co-author of the highly acclaimed new book on combat PTSD: "I Always Sit With My Back To The Wall." (visit Dr. Croft's combat PTSD website.)

He came to San Antonio to serve in the U.S. Army Medical Corps from 1973-1976, when he received the US Army Meritorious Service Medal. He has been in private practice since 1976.

In addition to his private practice, Dr. Croft serves as the Medical Director of the San Antonio Psychiatric Research Center, and has been the principal investigator in over four dozen clinical trials since 1986.

In addition to lecturing to over 1000 groups of physicians, and mental health professionals in all of the 50 United States, he has also lectured in: Canada, Mexico, France, England, St. Thomas, and San Juan.. He appeared on evening TV newscasts for over 17 years with his national award-winning mental health feature, "The Mind is Powerful Medicine." He is the author of the popular audio book for depressed patients, "Treating Your Depression: Finding Light at the End of the Tunnel."

Dr. Croft is the winner of over 20 national and state awards, and has been listed in Who's Who in America for over 29 years. He's been married to his present wife for 40+ years and has 3 grown children and 2 granddaughters.