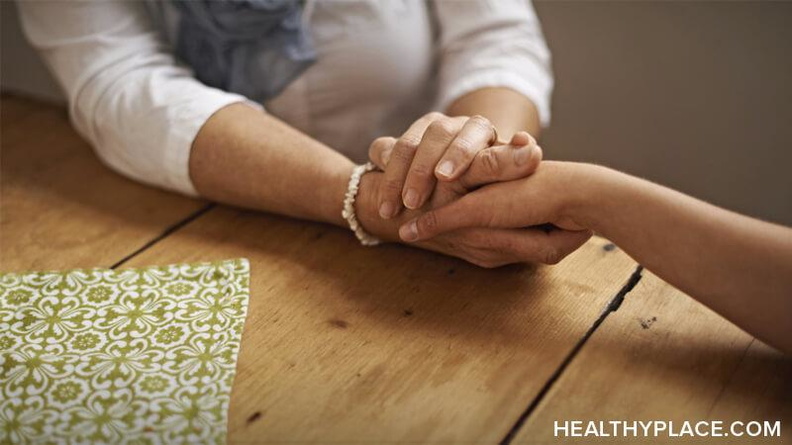 Newswise — While commonly perceived as a cry for attention from troubled teenage girls—self-injury is a dangerous and potentially life-threatening behavior that also occurs in adults of both genders.

"Stereotypically people think that self-injury happens only among teenagers and young women, but it also happens with older, middle-aged females and males," says Harrell Woodson, PhD, director of the Menninger Hope Program, which treats adults with mental illness. The Program is participating in a Clinic-wide initiative to learn more about self-injury and to develop new protocols to treat it, since it is a frequent health issue among Menninger patients.

Older patients who injure themselves—commonly by cutting or burning the skin, or banging their heads repeatedly against the wall—are more difficult to treat, Dr. Woodson says. They may have been injuring themselves for such a long time that the behavior has become deeply ingrained.

Self-injury can be a sign of a psychiatric disorder and is common among persons suffering from severe borderline personality disorder, depression or psychosis. While the number of adults who purposely injure themselves is unknown, the behavior may be underreported because many persons who self-injure hide it from others.

Left untreated, self-injury and the mental illness that often accompanies it can become dangerous. While most persons who self-injure are not attempting suicide, they may accidentally kill themselves if their behavior goes too far.

"Self-injurious behavior can cause irreparable physical damage and can even lead to death, from cutting too deeply, getting an infection or going into shock," Dr. Woodson says.

Why would adults want to hurt themselves?

* To maintain a connection. Like teenagers, older adults may injure themselves in a negative bid for attention, sometimes a feature of severe borderline personality disorder. Persons with borderline personality disorder make frantic attempts to avoid abandonment. Cutting or otherwise harming themselves may seem like a way to keep their loved ones concerned and connected.

* To feel alive. Persons who are severely traumatized by sexual or physical abuse, neglect or a traumatizing event may detach themselves from their emotions and injure themselves so that they can regain feelings. "One of the ways they get back in touch with themselves is to feel pain," Dr. Woodson says. "It helps ground them when they feel they are falling apart."

* To distract. Self-injury helps some individuals distract or release themselves from their emotional pain, anxiety or depression, which in older adults may be caused by relationship problems with their spouse, significant other or children; job stress and other life issues facing adults.

* Because they must. Some persons who self-injure may have on-going symptoms of psychosis which causes them to break from reality and have auditory hallucinations (hear voices). "They are being commanded to hurt themselves," Dr. Woodson says. "They may hear a voice bargaining with them, telling them that if they don't bang their head 13 times, something bad will happen."

Because self-injury can be such a deeply ingrained behavior in older adults, helping patients find alternative coping mechanisms can be difficult. For patients, self-injurious behavior is often one of the few areas in their lives in which they feel a sense of control. Confronting them about the negative aspects of the behavior will not necessarily lead to behavior change.

Instead, mental health professionals work together with patients to determine how motivated they are to stop their self-injurious behavior. The desire for behavior change needs to come from the patient rather than as a demand from the mental health professional or family members, Dr. Woodson says. Motivational interviewing techniques put the majority of the responsibility for behavior change in the hands of the patient.

"With motivational interviewing, you capitalize on the patient's ambivalence—in terms of the pros and cons of continuing that behavior, in a non-confrontational way," Dr. Woodson continues. "Traditionally, admonishing people about the consequences of self-injurious behavior doesn't work very well."

The treatment team on Hope works with patients to discover what triggers a person to self-injure and to develop alternative coping strategies meaningful to that person. One alternative some mental health professionals suggest is to have patients place a rubber band around their arms. Snapping the rubber band creates some pain but no lasting injury.

Treatment may also include medication, especially when self-injurious behavior is tied to psychosis, and group therapy. Patients in group therapy discuss what they could do differently in response to particular stressors, situations, thoughts and feelings rather than harming themselves. Groups are an effective form of treatment for self-injury, Dr. Woodson says, because patients learn new insights and adaptive behaviors from their peers as well as receiving support and encouragement. 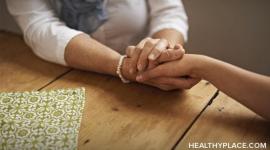 My Journal: Being A Rape Survivor

Safety Tips and Self-Defense Against Rape

Why I Self-Harm: Why People Self-Injure