Signs Your Child Is Using or Abusing Drugs or Alcohol

How to tell if your child is using drugs or alcohol. Here are the signs of alcohol and drug abuse.

Parents sometimes tell me they had no idea that their teenagers were drinking or using drugs. That's usually because they've been oblivious to the telltale hints all around them. Don't let this happen to you. Here are the signs you should be on the lookout for.

Your teenage son breezes into the house on a Saturday night after a night out with the guys. How do you know if he was drinking or smoking? Make a point of having a conversation with him -- not a yelled conversation through various rooms and closed doors, but a real, face-to-face conversation. If your child has been drinking alcohol, smoking cigarettes, or smoking marijuana, the smell will be on his breath. Any smoke he's been around will also soak into his clothing and hair. That's not necessarily a sign of personal guilt, but if it's pot smoke you smell, you have the right to be alarmed; even if he wasn't smoking it himself, he was with peers who were. You should also be suspicious if your teen enters the house chomping on a fresh wad of spearmint gum or a handful of Altoids, or smelling of freshly applied lotion or perfume. He's probably trying to cover up a telltale odor.

If your teenager is using or abusing an illegal substance, there's probably visual evidence to support it too. While you're chatting with her after she gets back from going out with her friends, take a close look. Pay attention to her eyes -- they tend to reveal any substance use. If she's been smoking marijuana, her eyes will be red and heavy lidded, with constricted pupils. If she's been drinking alcohol, her pupils will be dilated, and she may have difficulty focusing on you. In addition, some alcohol effects are red, flushed color to the face and cheeks. There are also telltale signs of more serious drug use. Intravenous drug use leaves track marks, usually on the arms, but occasionally other places like the legs. Long sleeves in scorching hot summer weather may be an attempt to hide something. Cocaine use effects are nosebleeds and eventually eats away at the septum inside the nose. Finally, if there are strange burns on her lips or fingers, she may be smoking a substance through a hot glass or metal pipe. Sores or spots around the mouth along with paint stains on the body or clothing, a chemical odor or a runny nose can also indicate inhalant use, the practice of inhaling the fumes from household chemicals for a high. Ecstasy causes involuntary teeth clenching, increased affection and a loss of inhibitions. Also look for a fascination with sights and sounds, excessive water consumption and child-like toys. 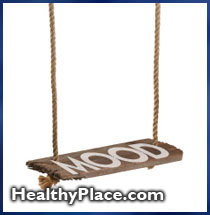 Okay, the scenario is the same as above; it's Saturday night, and your son has just gotten back from a night out with his friends. How is he acting? Is he loud and obnoxious, or laughing hysterically at nothing? Is he unusually clumsy to the point where he's stumbling into furniture and walls, tripping over his own feet and knocking things over? Is he sullen, withdrawn, and unusually tired and slack-eyed for the hour of night? Does he look queasy and stumble into the bathroom? These are all signs that he could have just been using some kind of illegal substance: alcohol, marijuana, or something else. You shouldn't read too much into a slight mood change after he gets home from being with his friends, but you should be on the lookout for unusual or extreme behavior. You should also pay attention to your teenager's behavior over time. If your teenager has become silent, angry, withdrawn, and uncommunicative, and this has lasted for at least a few weeks, something else is going on. He may get angry if you try to reach out to him, and insist that you leave him alone, but you need to find out what's going on. While there are a number of reasons for a child to be moody, you should certainly consider the possibility that he has formed a habit of substance use.

For many older teens, their cars are their lives. If you suspect your teenager has been using illicit substances recently, see if the car has any clues to offer. Maybe her driving is noticeably more reckless when she's coming home after being with her friends. She might whip into the driveway at eighty miles per hour, run over sections of lawn, hit things, or park carelessly. Or maybe there's a new dent in the front of the car and she claims she knows nothing about it. If you're suspicious, examine the inside of the car too; most teens are pretty sloppy about cleaning the inside of their car. Does it smell like marijuana smoke or alcohol fumes? Are there any bottles, pipes, bongs, or other drug paraphernalia rolling around on the floor or hidden in the glove box? If you find anything, challenge her on it immediately: be forthright, and tell her exactly what you've discovered and why you're concerned.

Suddenly you find your normally honest child lying to you all the time. Her evening and weekend plans are starting to sound a little fishy; she's either vague about where she's going or her alibis don't work (she can't describe the movie she supposedly just saw; or the friend she's supposed to be out with just called looking for her). She says that parents will be at the parties she's going to but can't give you a phone number, and comes home acting intoxicated. She gets in way past her curfew or estimated time, and she's got a seemingly endless string of excuses to justify her behavior. Even if you find evidence of substance use -- drunken or high behavior, a beer can or a marijuana rolling paper in her room -- she's got someone or something else to place the blame on. When excuses fail, she'll respond to your inquiries and concern by telling you that it's none of your business. Something is wrong, and you need to figure out what she's really up to.

Your child's grades start falling and there's no obvious reason for it. He gives you a weak explanation and assures you he can handle the situation, but he doesn't. He may be skipping school and spending less and less time on his homework. And he appears to be losing interest in other activities as well. You're getting calls from teachers, coaches, principals, all saying the same thing: that your teenager has been skipping his classes, activities, or practices, and when he's there he's not putting forth any effort. This could be a sign of a real drug abuse problem, where the desire to get drunk or high has taken top priority in his life.

For the teen who's looking to get drunk or buy drugs, their parents' house can be a gold mine of resources. Nearly all parents keep some sort of alcohol in the house, whether it's six-packs of beer, a rack of wine bottles, or a cabinet featuring an assortment of liquor. Teens will start stealing this alcohol, hoping their parents won't miss it, or filling liquor bottles back up with water to bring them to the original level. If one or both of their parents smokes cigarettes, they can always take some from the pack (or take the whole pack). If they need money to buy drugs, then they'll start going through their parents' wallets, stealing bills, or else will steal valuables like jewelry and heirlooms to pawn for money.
You should always keep track of the alcohol in the house. If you notice anything missing or your liquor tastes suspiciously watery, you should lock it up so your teen can't get to it. If your child is stealing cigarettes and you don't approve of him smoking, don't leave packs out where he can get to them. And in all these instances, particularly when money or valuables are being stolen, you need to confront him immediately. Let him know that you're aware of what goes on and that you won't tolerate him stealing from you.

You know something is going on when your money starts disappearing. There are other money-related ways to detect this sort of problem too. Obviously, drugs and alcohol cost money, and even seemingly inexpensive substances add up over time. Your child may work a part-time job after school, but he's probably not earning much more than minimum wage. So if you find that he is increasingly concerned about getting more money but volunteers no explanation as to why, you should wonder what he's spending it on, especially if he doesn't turn up with any new clothes, CDs, or other material items. It may be that he's using his money -- allowance, wages, handouts, whatever -- to support his substance use. On the other hand, if he suddenly seems to have a whole lot more money for clothing, CDs, or other coveted items, way beyond what he reasonably should in his circumstances, consider that he could be dealing drugs. Under these circumstances, a room search may be justified.

You notice that your teenager is hanging out with a different peer group. Sure, it's normal for teenagers to make new friends, but these friends worry you for some reason. Perhaps these new friends are older and seem to be more promiscuous and independent, with less parental supervision and less interest in school. They might be making poor choices and getting involved in questionable activities. Maybe you've even suspected they were high or drunk when you were talking to them. Whatever the case, your teen will probably defend her new choice in friends, saying her new friends are more fun and understanding. But if you've got a feeling they're up to no good, keep your eyes and ears open, and go with your instincts.

next: General Signs and Symptoms of Drug or Alcohol Abuse
~ addictions library articles
~ all addictions articles 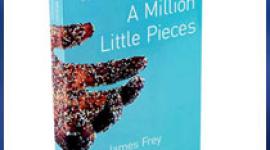 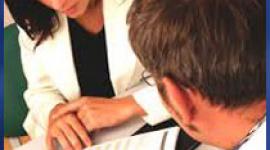 How to Treat Coexistent Mental Illness and Substance Abuse 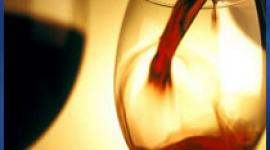