Several well conducted studies have shown that children with ADHD are more likely than others to become depressed at some time during their development. In fact, the risk for developing depression is as much as 3 times greater than for other children.

Lets begin by reviewing what mental health professionals mean when they talk about depression. The important point to emphasize is that the clinical diagnosis of depression requires the presence of a collection of different symptoms - just because one is feeling down or depressed does not necessarily mean that the diagnosis of major depression would be appropriate.

According to DSM-IV, the publication of the American Psychiatric Association that lists the official diagnostic criteria for all psychiatric disorders, the symptoms of major depression are as follows:

In addition, it must be determined that the symptoms cause clinically significant distress or impairment, are not due to the direct physiological effects of a medication or general medical condition, and are not better accounted for by bereavement (i.e., loss of a loved one).

As you can see, the important point is that true clinical depression is indicated by a collection of symptoms that persist for a sustained time period, and is clearly more involved that feeling "sad" or "blue" by itself.

Is Depression in Children the Same as in Adults?

Let me also say a few words about depression in children. Research has shown that the core symptoms for depression in children and adolescents are the same as for adults. Certain symptoms appear to be more prominent at different ages, however. As already noted above, in children and teens the predominant mood may be extreme irritability rather than "depressed". In addition, somatic complaints and social withdrawal are especially common in children, and hypersomina (i.e., sleeping too much) and psychomotor retardation (i.e., being extremely slow moving are less common).

What, then, would a "typical" depressed child look like? Although there, of course, would be wide variations from child to child, such a child might seem to be extremely irritable, and this would represent a distinct change from their typical state. They might stop participating or getting excited about things they used to enjoy and display a distinct change in eating patterns. You would notice them as being less energetic, they might complain about being unable to sleep well, and they might start referring to themselves in critical and disparaging ways. It is also quite common for school grades to suffer as their concentration is impaired, as does their energy to devoted to any task. As noted above, this pattern of behavior would persist for at least several weeks, and would appear as a real change in how the child typically is.

The results of the study indicated that the strongest predictor of persistent major depression was interpersonal difficulties (i.e., being unable to get along well with peers). In contrast, school difficulty and severity of ADHD symptoms were not associated with persistent major depression. In addition, the marked diminishment of ADHD symptoms did not necessarily predict a corresponding remission of depressive symptoms. In other words, the course of ADHD symptoms and the course of depressive symptoms in this sample of children appeared to be relatively distinct.

The Importance of Recognizing the Symptoms of Depression in Children

The important point that can be taken from this study, I think, is that parents need to be sensitive to recognizing the symptoms of depression in their child, and not to simply assume that it is just another facet of their child's ADHD. In addition, if a child with ADHD does develop depression as well, treatments that target the depressive symptoms specifically need to be implemented. As this study shows, one should not assume that just addressing the difficulties caused by the ADHD symptoms will also alleviate a child's depression.

If you have concerns about depression in your child, a thorough evaluation by an experienced child mental health professional is strongly recommended. This can be a difficult diagnosis to correctly make in children, and you really want to be dealing with someone who has extensive experience in this area.

About the author: David Rabiner, Ph.D. is a Senior Research Scientist, Duke University, an expert in ADHD and author of the Attention Research Update newsletter.

ADHD-LD Adults and Success in the Workplace
Handling Sibling Rivalry 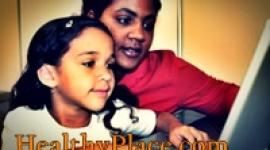 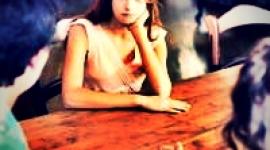 Understanding and Recognizing ADHD in Children