Margaret wrote to us about G.P.4.o:

"G.P.4.o, is a nutritional formula of vitamins and minerals formulated by Dr. Bruce Woolley, Doctor of Pharmacy, specifically for youths between the ages of 6 and 18 diagnosed with Attention Deficit Disorder or Attention Deficit Hyperactivity Disorder. The product is intended to help them concentrate longer on a task thereby increasing their performance academically, athletically and socially. The product would supplement the daily diet with nutrition that the youthful body requires to function more effectively." More information is available at www.bodysentials.com/"

We have also had reports of the herb Ginko Biloba helping with the symptoms of ADD/ADHD.

We have recently read in the media about some problems with regard to Ginko Biloba. On further checking with others we, would like visitors to note that:

A negative about Ginko Biloba is a problem with anti-clotting. It can interfere with coagulation (whether this is with the platelets or the clotting factors, we cannot say with certainty). It would add to the effect of aspirin or other blood thinners in "thinning" the blood and thus could be dangerous.

Also we received the following references:........

"The effect of platelet-aggregation inhibitors may be enhanced. The case of a spontaneous hyphema after combined intake of a Ginkgo-biloba-containing pharmaceutical and aspirin has been documented" (Schwabe, 1999)."

We will add more when information becomes available but would suggest to people interested in trying this to seek medical advice from their doctor or advice form a Registered Homeopath to ensure that it will not have adverse reactions with any medication, pharmaceutical or otherwise, they may be taking.

Wayne from South Africa wrote to us saying......

"I would like to let you know that before I was diagnosed with ADD, I took Ginko Biloba and vitamin B complex for a period of four months coupled with aerobic exercises three times a week. I, for the first time, felt great. My concentration and relationships with others was so much for the better and would highly recommend Ginko Biloba, aerorobic excercise, and a good vitamin B complex. It will change your life for the better."

"I have used it and find the Quest make the only one that has worked for me. I find that it has improved my memory and I am not so scatterbrained. In fact I was able to start studying again because my short term memory was so much better."

"I've tried taking Ginko. I'm not sure I've noticed any benefit. I would like to try more long term particularly as I suffer from Raynard's Syndrome (poor circulation). However, after a short while I found I needed the toilet far less though didn't feel constipated. Is this an expected side effect? I stopped after about 3 weeks just in case."

"I AM A PERSON WHO HAS NEVER BEEN DIAGNOSED WITH ADD, but I feel I have it. I lack concentration and am very fidgety and unorganized. This has posed a problem at home and at work. Now that I am starting the police academy in Chicago, I needed something that would help me get through the academy. I have taken ginko biloba plus and so far it has worked. I feel much more attentative. I didn't want medication because it probably could bar me from the academy, so recommend ginka biloba plus. I dont know how long it will work, but it is working..."

This comes from University of Michigan ......

"There have been a number of reported cases of serious and even lethal side effects from herbal products. In addition, some so-called natural remedies were found to contain standard prescription medication. Of specific concern are studies suggesting that up to 30% of herbal patent remedies imported from China having been laced with potent pharmaceuticals such as phenacetin and steroids. Most problems reported occur in herbal remedies imported from Asia, with one study reporting a significant percentage of such remedies containing toxic metals. The following warnings are of particular importance for people with attention-deficit disorders.

It also has been associated with a hypoglycemia and a higher risk for bleeding. In addition, a great number of ginseng products have been found to contain little or no ginseng."

Ed. Note: Please remember, we do not endorse any treatments and strongly advise you to check with your doctor before using, stopping or changing any treatment. 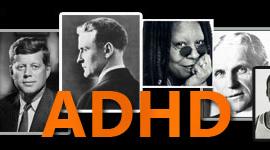 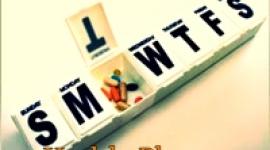 Guidelines for Use of ADHD Medication For Children

Selecting the Right Medication for Your ADHD Child

ADHD and Caffeine: The Effects of Caffeine on ADHD

Finding the Right School for Your Special Needs Child

Cards for Explaining ADHD Child's Behaviour to Others

How Do I Know If I have ADD/ADHD? (Children)

Some Parents Drink to Cope with ADHD Child