Here are some typical myths that still exist regarding attention deficit hyperactivity disorder:

Scientific research tells us ADD is a biologically-based disorder that includes distractibility, impulsiveness, and sometimes, hyperactivity.

MYTH: Children with ADD are no different from their peers; all children have a hard time sitting still and paying attention.

The behavior of children with ADHD must differ greatly from their peers to be considered for the diagnosis of ADHD. The characteristics of ADD that appear between ages three and seven, include:

It's also typical for children with add/adhd to exhibit poor social skills. Among the most common difficulties are:

While these children often have poor social skills which alienate them from peers and make them appear distant to teachers, the good news is that they can learn these skills. However, they must be consciously taught and consciously learned. Children with ADHD don't pick them up along the way, as the average child normally does.

Mentoring from an older child, group or individual counseling, and parental instruction in very short sessions conducted in an encouraging atmosphere, are effective ways to teach social skills. Group counseling can be particularly effective as children can role play their skills while gaining feedback and encouragement. (3)

Other Issues to Be Aware Of

ADHD children are poor at deciphering other's feelings, as well as their own feelings. They don't effectively read body language or facial expressions. They may say something harsh or blunt and have no idea they've hurt someone's feelings. They may interrupt and monopolize conversations, and they may appear bossy. (4)

Teenagers with ADHD/ADD are more likely to get into trouble at school by misbehaving, being defiant, or skipping school. Dr. Russell Barkley found in studies that they have significant problems with "stubbornness, defiance, refusal to obey, temper tantrums, and verbal hostility toward others". (5)

"Many ADHD children are aggressive and noncompliant with the requests of others. Their impulsivity and overactivity may cause them to physically interfere with others, even when they have no intent to harm. The ADHD child's attentional difficulties, as well as other factors, may cause them to seem deaf to the commands of teachers and parents and lead to noncompliance with even the simplest request."(6)

Their failure to develop and maintain successful relationships results from an inability to: (7)

Other typical behaviors include:

Some of the most difficult situations may occur in the hallways between classes, in the cafeteria, at P.E., and on the school bus. Students often complain about being teased, embarrassed and touched by other students in these unrestricted situations. Changes in routine increases stress and can produce overarousal, anger, and anxiety.

Not all children with ADHD will exhibit all the above symptoms and behaviors. However, it's not unusual to see a child exhibit many of these difficulties over a period of time.

From current research, behaviors appear to progressively deteriorate as the child grows older if appropriate intervention doesn't take place during the early years of school. These children need a team effort, both at home and at school, to reduce unwanted behaviors and replace them with positive behaviors. It isn't the parents' problem alone. Everyone must pull together to understand and work with this disorder.

The most important subject for these children is Social Skills, and unfortunately that's not a widely offered "course". Without social skills and the ability to get along within the larger community, the rest of a child's education is diminished. These children need help not punishment, training not isolation, encouragement not rejection. They have many unique talents to build upon if we just look for them. They tend to be creative, resourceful, intuitive, inventive, sensitive, artistic, and anxious to please. Let's work together to bring out the best in them.

(endnote 1) ATTENTION DEFICIT DISORDER: Beyond the Myths," developed by the Chesapeake Institute, Washington, D.C., as part of contract #HA92017001 from the Office of Special Education Programs, Office of Special Education and Rehabilitative Services, United States Department of Education. " The points of view expressed in this publication are those of the authors and do not necessarily reflect the position or policy of the U.S. Department of Education." (This booklet is widely distributed by CH.A.D.D.) 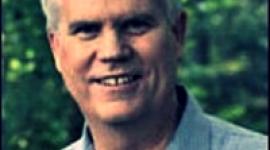