People share their experiences with natural ADHD products, Reliv and St. John's Wort, for treating symptoms of ADHD and Depression.

"I am an independent distributor of Reliv food supplement products. These products are 100% derived from organic botanical sources. The parents who have discovered these products for their children who were on medication for ADHD are greatly thankful for the company for having provided the answer for their family's source of crisis. There is one particular story of a nine-year old boy from Calgary, Alberta in Canada who was classified as a severe behavioral problem in school which escalated to the home setting, with him not being able to relate with his siblings. Consequently, he tried to burn the furniture in his home that sent his parents searching desperately for answers to their son's medical problems.

He has been on the Reliv products for three years now and last year, he was able to catch up with his academic level in school. Just looking at him now and how well he is doing will not give away any clue that he once suffered so much from the ADHD syndrome.

The Reliv products are manufactured in St. Louis, MO. and have been in the market for 11 (eleven) years. Most of their products have a patent on the formulation and approved by the US FDA. I can assure you that there is nothing similar in the market. It comes in powder form that you mix with either milk or juice and can be consumed by infants as well. This makes the product easily absorbable and assimilated by the body which responds accordingly at the cellular level. It is safe, and has been proven that it works!

Recently, they have introduced a new product specifically designed to augment the health and development of growing children aged from infancy to pre-teens. It contains the natural nutrients needed in developing the brain cells (nervous system) and the balanced formulation of the essential vitamins, minerals, amino-acids, herbs and other nutrients that are needed to have healthy, functioning cells in the body.

If you want to know more about it, you can send me an e-mail or call me at (604)264-8182. I am based in Vancouver, B.C., Canada. I will be more than happy to give more information or direction to anyone who wants to find a distributor where they can get the products from.

We have heard from a few people saying that this herb, St. John's Wort, has helped with the symptoms of ADD/ADHD.

I won't go into detail about my whole "mental life picture", but in general I have been suffering from a lack of 'get-up-and-go' for a long time. A couple of years ago (when my wife and I had decided that I was most likely a S.A.D. sufferer), I tried St. John's Wort for several weeks as a remedy for this. The result was positive because my morning vitality and general outlook were greatly improved, however I had a nasty side-effect of feeling quite 'buzzy' - almost a pins-and-needles feeling all over and a light-headedness to accompany it. So St. John's Wort was not for me.

BTW, the adders site (which I am looking at for the first time right now) is excellent. I'm sure the information will be invaluable to me and help to crack my problem."

"Since I am 47 now and am experiencing my change of life, my ADHD symtoms have increased to where they were when I was a child. I am very easily frustrated at home , well its more than frustration , I just cant take high pressure situations and I cant sit down and do my bills and send letters off in time and just get my chores done. I can function at work fine but I cant carry it over to home. Any way St Johns Wort has taken the edge off of me . I have noticed this before when I was taking it . It just makes life not seem so darn serious. I am still not happy when I can't control my messy husband at home but I can deal with it much more lightly and not freak out. I just started taking it again and I am doing more and more home projects successfully. I don't even need to take the full dosage. It definitely helps and it doesn't affect my work."

"My name is Andrew, and I am a 31 year old resident of Houston, Texas (Midwest United States), and I was recently diagnosed with ADD by an experienced psychologist. After discovering that I wouldn't be able to see a recommended psychiatrist about lifestyle-therapy and medical treatment for my condition, I started looking for temporary solutions for it. In addition to adopting a regular exercise program and avoiding dietary stimulants, I discovered that an older sibling of mine had been taking St. John's Wort to help him combat his mild depression (and I suspect, due to a great deal of circumstantial evidence, that he also suffers from ADD). As I have suffered from depression throughout my life, I thought this herb might just help me combat this thing on at least several levels.

I'm here to say that while my concentration and memory haven't improved dramatically, I have reached a new level of happiness in my life that I think most unaffected people live in day to day...a level that I could only rarely reach and never live in. After taking it for only a few days, I suddenly realized that I wasn't moping about the house anymore, and that despite the fact that ADD was a major contributor to my recent loss of employment, I was actually looking forward to finding new work. This has affected every aspect of my life, including a new relationship with a woman I recently met who thinks a great many good things of me, and with the sudden increase in the number of new friends I'm making.

I can't say for certain that St. John's Wort is actually the reason behind it, but even if it's only having a placebo effect on me, it's the longest lasting one I've ever heard of! I continue to take it and will do so for some time to come because I have felt the most profound change it has made in every aspect of my life."

"My 13 year old son, Ben, was diagonosed has adhd 2/3 weeks ago. To be honest, I had known this for a few years after reading articles etc.

He entered his new school with a glowing report, saying he was popular, had settled well. after 3 months started going down hill.

The psychologist we saw advised St John's Wort.(Adult Dosage). We really feel it is making a difference. We are seeing more of the nicer side of him. He is not so 'Jeckl and Hyde,' if you know what I mean!

Lets see how it goes.

NEW YORK (Reuters Health) - Better safety monitoring is needed for dietary supplements, some of which have the potential for "substantial hazard," according to a US study released Thursday. The study of 11 poison control centers nationwide found that the centers received more than 2,300 calls about dietary supplements in 1998. In all, researchers believe nearly 500 people had symptoms likely caused by a supplement, and the "adverse events" ranged from mild to serious.

In fact, one third of supplement-related problems were moderate or severe, according to findings published in the January 11th issue of The Lancet. Serious symptoms included seizure, heart-rhythm disturbances and liver dysfunction, among other problems. Four deaths were thought to be tied to supplements. These poison-control figures cannot be used to estimate the safety risk to the average consumer taking dietary supplements, since many variables go into that, the study authors point out. Still, they say the findings highlight the fact that supplements, despite their widespread "natural" image, can carry side effects.

"The most important implication for the general public is that serious adverse events do occur (with) over-the-counter dietary supplements," Dr. Susan Smolinske, one of the study authors, told Reuters Health.

The side effects, if any, naturally vary with the supplement, added Smolinske, of Wayne State University in Detroit, Michigan.

In this study, she said, some of the supplements "more likely to be a problem" included ma huang, guarana, ginseng and St. John's wort, as well as products containing multiple active ingredients.

Ma huang, also known as ephedra, is an ingredient of some supplements touted for weight loss. The herb affects the cardiovascular and central nervous systems, and has already been linked to the risk of seizure, heart attack and sudden death, even in healthy people. The US Food and Drug Administration has issued an alert warning consumers against its use, particularly along with caffeine.

Guarana is another herbal stimulant used in some products sold as energy boosters and diet aids. Potential side effects include nausea, anxiety and irregular heartbeat. Both ginseng and St. John's wort can interact with certain prescription drugs. And heavy overdoses of ginseng have been reported to cause sleeplessness, muscle tension and swelling. Dietary supplement refers to a broad category of products that includes herbs, vitamins, minerals, amino acids and various traditional "remedies." Unlike drugs, these products are not evaluated by the US Food and Drug Administration for safety and effectiveness before hitting the market.

According to Smolinske and her colleagues, their findings suggest that dietary supplements require better surveillance--"particularly mandatory reporting of adverse events." In addition, they call for a comprehensive registry of dietary supplements so that information on their intended effects and side effects is easily accessible to poison control centers and others. Only about a third of the supplements reported to the centers were listed on the main commercial database that poison-control staff use.

The findings also "warrant concern" about the lack of child-resistant packaging on supplements, the study authors add. Among the reports of adverse symptoms were 48 cases involving children who accidentally took a supplement.

Ed. Note:Please remember, we do not endorse any treatments and strongly advise you to check with your

doctor before using, stopping or changing any treatment.

next: Requesting an Assessment of Special Educational Needs
~ back to adders.org homepage
~ adhd library articles
~ all add/adhd articles 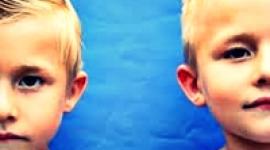