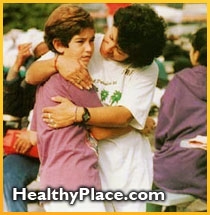 One day in 1993, my 7-year-old son was home sick from school and called me in my office to tell me that the World Trade Center had been bombed. I thought he was joking and told him so, but he said, "No Dad, I'm not kidding. Come and look at the TV." Some days later I was asked if I would volunteer to be available to victims of the bombing for critical incident debriefing. This was the first time I had ever heard about this process.

Critical incident debriefing is a tool for prevention of post-traumatic stress disorder. When the World Trade Center was bombed, people had to climb down up to one hundred flights of smoke filled stairwells. Those who worked in the Trade Center had no clue of what had happened; they just knew they had to get out of there at all costs. People emerged for hours, faces blackened with smoke, some injured and requiring hospitalization. Volunteers were needed who could help people talk about this experience, process the terror they experienced, and try to get on with their lives without suffering symptoms of post-traumatic stress disorder.

Critical incident debriefing is a prevention tool that works well for victims of traumatic events. It is one that you can do for yourself when you feel it's appropriate, either with friends and family, or in a support group with others. Of course, sometimes a trauma is such that you need to see a professional if you are going to get through it acceptably. However, it's a good practice to integrate into your life, because trauma is something that we all experience to varying degrees with some regularity.

I once conducted a critical incident debriefing for a small record company in Manhattan. This was a twenty person office, and there was a young man, Jose*, who was killed in a car accident. Jose was a college student by night, hoping some day to work in the recording industry. By day Jose worked as an office assistant in this small record company in the hopes of learning about the industry to which he aspired.

Jose was the kind of young man who, everyone felt, would go far in the business. He was bright, hardworking and charming, and his winning ways made him much beloved throughout the company. I met with this group of twenty employees about a week after Jose's death. None of them had been able to attend Jose's funeral which was held in another city, and they had never had an opportunity to grieve and mourn publicly and try to put some closure on the experience. They were a cohesive and cooperative group with which to work in that they all acknowledged that their functioning was adversely effected by the loss of Jose.

I proceeded to explain to them for a short while about the nature of psychological trauma and loss. I talked about how there were limited opportunities for expression of grief in this situation, and how important it was for all of them to talk about the loss of Jose whenever they felt a need to do so. I explained the stages of coming to grips with a loss and used a technique called "normalizing" when I explained the varied symptoms that they were all experiencing at that point.

After this, I encouraged everyone in the room to reminisce about Jose, and also to talk about their experience of this loss. I facilitated the discussion with a goal of making people feel comfortable expressing very vulnerable emotions with their co-workers. This was a very heartfelt and touching experience, and the participants said they were very grateful for this help in learning to deal with their loss. They also reported improved functioning to their supervisors in the next few weeks. This was helped by the fact that the company decided to hold a memorial service for Jose in a neighborhood church. Everyone who had something to say about Jose was welcomed to get up and address the group, and they ended the memorial with a silent prayer for Jose.

Dealing with the turbulent emotions that arise after a trauma by talking about them, seeking support, and performing rituals of closure can help you get through a traumatic time without having to experience the unsettling aftershocks of a post-traumatic stress disorder. If you or someone you know has recently undergone a trauma, be sure to seek help of this nature for yourself or for others as soon as possible. Let your trauma become a thing of the past.

* The names of all individuals have been changed to protect their identities.

About the author: Mark Sichel, LCSW is a psychotherapist in private practice in New York City. He created the website, Psybersquare.com and is author of Healing from Family Rifts, a guide to mending even the most difficult family estrangements. 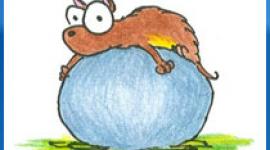 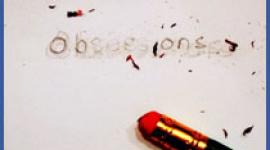 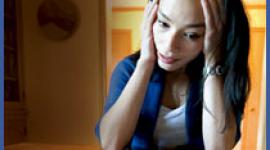 How to Manage Your Stress in a Bad Economy 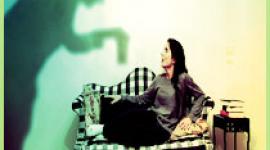 Fear or Phobia of Consuming any Medication

How to Stop an Anxiety Attack?

Do I Have Anxiety?