What Is Dissociative Amnesia in DID? 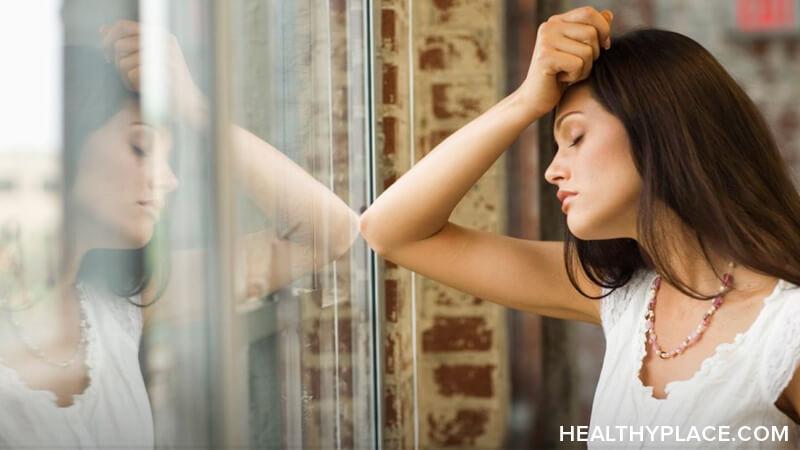 One of the most fear-inducing symptoms of dissociative identity disorder (DID) is dissociative amnesia. When the mind is elsewhere and split off from the conscious body, it can be easy to lose track of everything from time to conversations with other people. It took me years before I understood this commonly overlooked symptom of DID, and just as long to gain control over it and my everyday life.

Understanding DID and Memory Loss with Dissociative Amnesia

In order to understand what it’s like to experience the type of dissociative amnesia associated with DID, you need to grasp what it is like to feel dissociative. The example I typically give others is that it feels like you are daydreaming. Imagine yourself at your desk during the workday, dozing off and daydreaming of being elsewhere. Before you know it, 10 minutes have passed, and you can’t explain where your mind has been.

When you have DID, dissociation is often an involuntary reaction to being triggered. As soon as the body feels threatened, the mind begins to dissociate in search of safety. Depending on the trigger and how dangerous a situation appears to be, the dissociation can last hours or even days. During this time, you are out of touch with the real world and barely conscious, though you may still “go through the motions” of everyday life.

Once you become grounded and conscious, you have little or no memory of the conversations you had while you were dissociating. You may even forget some of the actions you took while you were in a dissociative state.

Addressing the Dissociative Amnesia Associated with DID

Dissociative amnesia's symptom of memory loss was one of the key symptoms of DID that ultimately helped my therapist diagnose me with the condition. I would have no memory of conversations I had with people, emails I sent, or text messages I wrote on a frequent basis.

As terrifying as this all sounds, it’s even worse when you’re experiencing it firsthand and have no explanation for it. That being said, I have learned not to live my life in fear but rather in anticipation of this very real symptom of DID.

While there is no way to prevent the dissociation associated with DID, there are tactics that can be deployed to lessen its impact and regain control of the situation. I’ve found that staying grounded is essential to reducing the frequency of my dissociation. Meditation and deep breathing have been key in this respect.

Journaling and simple note-taking have also been beneficial. This allows me to keep track of where my mind is at all times, even if I do end up just rambling on about my thoughts and daily routine. In the end, I can look back on my notes and remind myself of where my mind has been, which is essential.

By gaining more control over the situation, I have learned not to live in fear but rather in tandem with this very real symptom of DID.

Tags: dissociative amnesia in DID

APA Reference
Vermes, K. (2020, December 1). What Is Dissociative Amnesia in DID?, HealthyPlace. Retrieved on 2023, January 29 from https://www.healthyplace.com/blogs/dissociativeliving/2020/12/what-is-dissociative-amnesia-in-did

What Does It Feel Like to Be Triggered While Living with DID?
Learning to Live with the Moving Parts of DID
Annie
December, 24 2021 at 8:30 pm

Ivefound the notebook helps. What scares me is that I believe I'm still being victimised as an adult, can't find a therapist, and amnesia is a main symptom and I have no communication with alters. I really want to be able to check in with different aspects of myself

This is a very thorough and well-expressed explanation of something that a lot of people can struggle to really understand. I am so glad that you have found tools to help you move from that place of fear and in doing so, you are also shining a light for so many others. Thank you for sharing!

Thank you so much for the kind words!