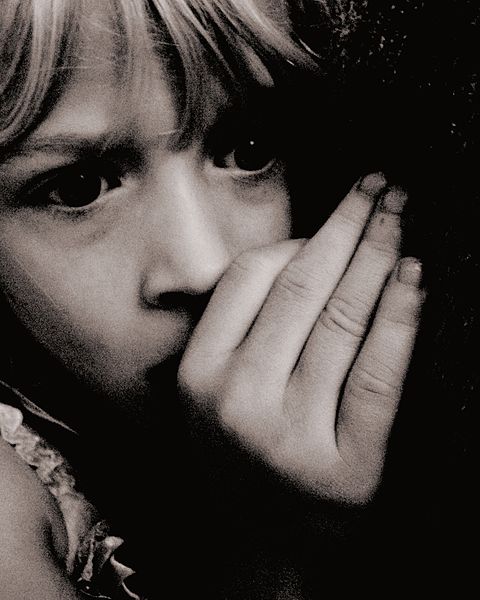 This is a hard piece for me to write because it involves recognizing emotional abuse and the events leading up to my diagnosis of borderline personality disorder (BPD) and complex post-traumatic stress disorder (PTSD). It may be triggering to fellow survivors of emotional abuse. If you aren't in a place where you can read about it, don't read this piece. It's okay not to be ready to face your past by hearing about mine.

According to HealthyPlace.com, many people with BPD describe a history of child abuse or neglect. Since the personality is strongly influenced by childhood, abuse and neglect may be strong factors in developing BPD. In fact, some believe that BPD is a type of PTSD from childhood abuse and neglect. While physical abuse is easy to recognize, emotional abuse leaves no physical marks and is far more difficult to detect. I remember writing in my journal "They've never hit me, but I almost wish they would so I would know if this is bad or not."

According to HealthyPlace.com, signs of childhood emotional abuse include:

Much of this carries over into adulthood. I tend to bang my head in an effort to feel better at times, I have difficulty showing emotions, and I have a history of suicide attempts.

Other signs of emotional abuse can come from the caregiver, including:

This can also carry over into the child's adult life. I remember first suffering symptoms of depression as a child. My parents blamed me, yelled at me for crying, dragged me to a psychiatrist and complained about the money spent to "fix" me, demanded high academic performance (there was a volatile argument over whether or not I would be valedictorian), and were often so unconcerned with my emotions that therapists expressed amazement that their parenting skills were as poor as they were. My mom even told me once "You're an embarrassment to this family and you're an embarrassment to me."

In AA meetings, it is often said "We are only as sick as our secrets." This also applies to BPD. As long as the emotional abuse is secret, it maintains its power because we believe what our abuser says is true. When we face the secret by discovering our abuser's words are not true, then we take the first step in breaking free from the family secret.

It is slowly becoming more acceptable to talk about emotional abuse. When I was a child, the school I attended knew that I was being emotionally abused but had nothing to call it by, so it continued, albeit an open secret that "Becky has problems at home". Fortunately, I had friends who cared about me and helped me survive (one even set up an appointment with a counselor for me). Now I'm facing my pain in therapy. A support system is vital to surviving and healing from emotional abuse.

There is life after emotional abuse, and there is life without BPD symptoms such as self-harm. You can find freedom from your past. It may be difficult--for me facing the past has been a gradual process with occasional setbacks--but it is possible. Every day of your life is a day you can improve.

This doesn't mean every day will be easy; I still struggle with self-injurious behavior. But it does mean that hope is real. Recovery is possible. People can change. You don't have to be miserable for the rest of your life.

That's something to look forward to.

Ways to Avoid Negative Coping Skills Like Self-Harm
Twice Hurt: Borderline Personality Disorder and Secondary Wounding
Jennifer
May, 2 2017 at 5:05 am

I am struggling with borderline,severe. I am too familiar with childhood neglect & abuse. But have a hard time remembering so thing's. Some memories are lost. But I feel a sense of being physically violated. But I can't say how or by whom. How do you figure that out?

Hi Becky,
I can so identify with your story. I've never heard anyone say that they banged their head in order to cope but I did that. My dysfunction from being a child sexual abuse victim was so great that I would, as an adult with 4 kids, literally sit and bang my head over and over hoping to find some relief. Sometimes I think the primary need in all of us who came from abusive homes is to find relief even if it is only temporarily. The emotional abuse in our house was so severe that if we ever said something nice about ourselves we were told, "Get off your high horse, Lady Jane, or similar type statements, often getting punished for thinking were were good in something. As a result we all grew up thinking we had no value. Tough stuff. I know you didn't mention sexual abuse but I still think working the REPAIR program would help you so much as it addresses this problem. Our website (which has a page devoted to that program) is at http://www.thelamplighters.org You might check it out. Amazon.com has them for only $15 or so. Take care of yourself and good luck with recovery.
Margie

Thank you for your response. I'll be sure to check out your program. I know what you mean about the trauma from child sexual abuse. Both of my parents were molested as children by non-caregivers, and they never dealt with it. So they had no idea how to deal with the trauma I experienced (molested by a neighbor as a child, sexually assaulted by an acquaintance in 2002, domestic abuse survivor). I have only bits and pieces of my traumatic memories, which I'm working on in therapy. Sadly, child sexual abuse is a common possible cause of BPD--when I was on the borderline unit at Larue D. Carter Memorial Hospital (a state hospital), nearly every person in the program had survived some type of child sexual abuse.