When Mary-Kate Olsen entered a treatment facility in 2004 for anorexia, she became the latest celebrity to struggle publicly with what is arguably the most difficult eating disorder to cure.

Her father, Dave Olsen, told Us Weekly that the 18-year-old actress has been wrestling with anorexia for two years.

Eating disorders afflict 8 million to 11 million Americans. Anorexia nervosa, whose victims avoid food and obsess over weight, is responsible for more deaths than any other mental illness.

Yet, despite repeated media warnings every time a celebrity is the victim -- actresses Kate Beckinsale, Christina Ricci and Jamie-Lynn DiScala are among those who have shared their troubles with anorexia -- there is still no gold standard for treatment.

The reasons: resistant patients, depressive effects of starvation that hide an accurate assessment of the mental illness, additional disorders and stigma because the problem is perceived as self-inflicted.

Then there is the common desire among anorexics to be perfect. "We don't really know how to treat the perfectionism," says psychologist Douglas Bunnell, president of the National Eating Disorders Association and director of the Renfrew Center of Connecticut, a women's mental health center. "As long as people hold onto their perfectionism, we don't know how to treat their anorexia."

About 90 percent of people with eating disorders are female, mostly girls or young women. Many are white and upwardly mobile, but experts are quick to add that the disorders also affect males, minorities and the poor.

Anorexia goes beyond the need to be thin -- "that's only the first layer," says Jana Rosenbaum, a clinical social worker in private practice and former director of the eating disorders program at Baylor College of Medicine Psychiatric Clinic. What sufferers seek is a sense of control and identity, she says.

Environmental factors such as societal pressures to be thin and demanding family expectations are not solely to blame, experts say. Research indicates genes might contribute to the problem. The National Institute of Mental Health is funding a five-year international study that is recruiting families with at least two members who have or have had anorexia.

Gaining weight terrifies anorexics. They feel overweight even when dramatically underweight. Their obsession with weight and body shape manifests itself in multiple ways, such as ignoring hunger, refusing certain foods and exercising too much. 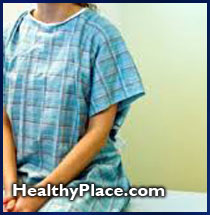 Anorexia must be treated on two fronts, mental and physical.

"It's just a real difficult balance," says Rosenbaum, who teams up with physicians and nutritionists. "You have to address the (eating) behaviors because they're so self-destructive, but the more you address the behaviors, the more they hang onto them."

Having a second disorder can add complications.

"Co-morbidity is really the norm rather than the exception," says Cynthia Bulik, a professor of eating disorders at the University of North Carolina at Chapel Hill. She estimates that more than 80 percent of people with eating disorders experience another disorder, the most common being depression or anxiety.

The trick is "treating them together," says Carolyn Cochrane, director of the eating disorders program at Menninger Clinic, a psychiatric facility in Houston.

But most experts agree that if a patient is dangerously below weight, stabilizing physical health is the first priority. Severe cases might call for hospitalization and tube feeding.

The psychological toll that starvation takes can also produce an inaccurate snapshot of the patient's mental state. "People who don't eat often get depressed," says Vivian Hanson Meehan, founder and president of the National Association of Anorexia Nervosa and Associated Disorders.

Experts generally agree on the practice of behavioral therapy and nutrition counseling, yet when and how they're administered can vary. Some hold off on treating patients psychologically until they are close to ideal weight, whereas others start earlier. The type of therapy ranges from art to movement to journaling. The level of family involvement varies.

The Maudsley Method, developed in London and being tested at U.S. universities, is among the latest approaches in this country. The therapy makes the patient's family the primary provider, responsible for monitoring food intake and enforcing rules.

Bouncing back from anorexia can take four to seven years, but "if it's caught early, there's a better chance for speedier recovery," says Lynn Grefe, CEO of the National Eating Disorders Association.

"Recovery is never a straight line," Meehan says. "It's an up-and-down thing, with people sliding back into their eating disorder behavior whenever stressful situations appear in their life."

Someone with anorexia nervosa may: 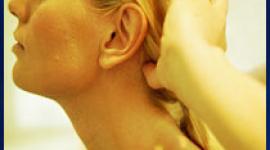 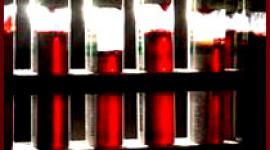 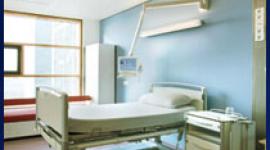 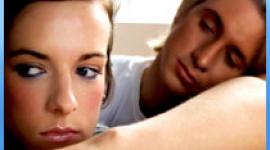