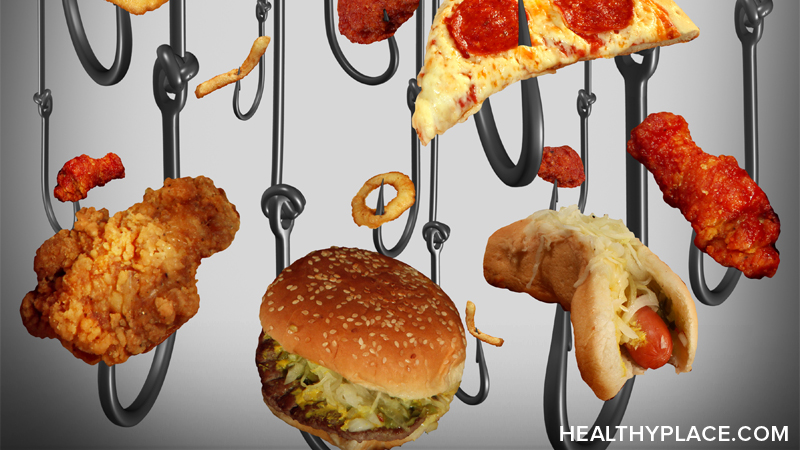 I have had some degree of binge eating disorder for the past 2-3 years.

Before that, I had a restrictive eating disorder, closest to anorexia, for about 5 years. I ate extremely healthfully and exercised a lot. I got in excellent shape and lost some weight, but I didn't stop there, and eventually, eating less and exercising more, I became very underweight and sick. When I finally realized I couldn't beat the disorder on my own, I got help, went to therapy, got some antidepressants. I made some significant progress, but when it came to gaining weight and eating more, instead of putting in the hard work and learning moderation, I started binge eating.

I would eat 2 half-gallons of frozen yogurt almost every night. I would also run around my room in circles for 3+ hours a day and eat next to nothing during the day, so I stayed at a fairly low weight. The binge eating was actually encouraged by my family, as they were just happy to see me eating.

Out of Control Eating

Once I went off to college, things got more out of control. I couldn't exercise as often, and I also started eating more. I expanded my repertoire of binge foods to include other things since I couldn't store large containers of ice cream in my refrigerator. I started spending upwards of $20 a day on food. Over that year, I gained more than 50 pounds. And the binge eating continued on for another year after that.

It took a long time before I accepted that it was a problem. I desperately wanted to be free from having an eating disorder, and I was especially embarrassed to think that I now had a problem with eating too much rather than too little. I told myself it was just a natural reaction to the previous years of starvation. But when the binging never tapered off, I had to admit that I had only exchanged one eating disorder for another.

I learned more about binge eating, online and in books. I now recognize the many causes of binge eating - a really disordered behavior. I eat primarily as a way to cover up emotions. I've gotten so good at it that even now, I sometimes have trouble recognizing exactly what I'm feeling because all emotions tend to feel like "I want to eat." I binge because it's a way to escape from whatever other worries I have in life, zone out while I'm eating and then even afterward know I, at least, have this one big problem that I can use to explain away everything else that is wrong in my life. And I binge because it's such a comfort: it brings back feelings of needing to be cared for when I was sick with anorexia, and it's such an old habit now that without it, I feel lost not knowing what to do with the extra time not spent binging.

Some days, it doesn't feel too bad. My health is not in immediate danger (effects of binge eating disorder). I am still living a fairly normal life. But the truth is that BED causes major problems everyday. The shame I feel from having gained so much weight, even with all my attempts at body acceptance, is just the beginning. BED causes me to miss social functions and thus to not have very many friends. It is the worst waste of my money. I spend hours eating that I should spend doing schoolwork, which means I don't do as well in my classes as I could. And the feeling of disappointment and hopelessness I get after every binge episode is just soul-destroying. I am acutely aware that nothing is normal about this; it's not just my anorexic mind thinking I'm eating too much. I can eat more boxes of cereal AND more tubs of ice cream AND more bags of chips AND more pieces of fruit in one evening than most people eat in a month.

I want nothing more than to be free of this eating disorder. I have made substantial progress in the few months since I finally accepted that it is a disorder and have been actively pursuing recovery. I can go for much longer periods without binge eating, and many episodes are reduced to compulsive overeating on a smaller scale. I am confident that full recovery is a possibility. But at the same time, I know I have a lot more work to do, learning to cope with my emotions and to love myself. I hope my story can be informative and comforting to people suffering from a similar problem, and in the future, be a story of the hope of true recovery.

APA Reference
Tracy, N. (2022, January 4). My Story Of BED, HealthyPlace. Retrieved on 2022, May 19 from https://www.healthyplace.com/eating-disorders/binge-eating-disorder/my-story-of-bed 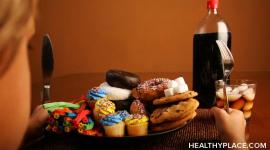 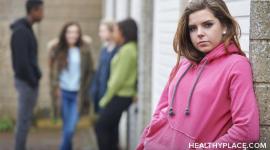 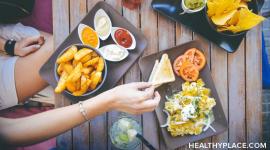 What is Body Image and How Do You Improve It?