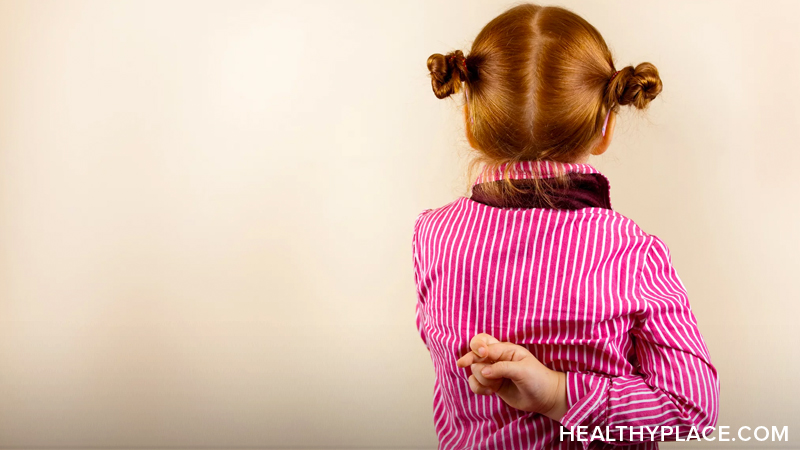 How to Discipline a Child Who Lies

Kids might lie out of fear of punishment, because they’re ashamed, they don’t want to disappoint you, or because they want to see if they can get away with it. Whatever the reason, kids need to learn that lying is unacceptable. Once you know how to discipline a child for lying, you’ll be able to help your child be more truthful.

Several approaches to handling kids when they lie help reduce, and eventually end, the dishonesty.

This can be easier said than done. When your child lies to you, it’s understandable that you feel angry, afraid of what it says about their character, disappointed, sad, and other negative emotions—usually a mix of many at once. Your emotions aren’t wrong, but putting them on hold will allow you to handle the situation in a productive way with a positive outcome.

To help you stay calm, keep in mind that you’re dealing with the lying behavior, not a child who is a liar. There’s a difference between your child and their behavior.

Accordingly, avoid name-calling and shaming. They make your kids feel worthless. Also, negative, emotion-based approaches can actually increase the lying. They can make kids withdraw and tell more lies to avoid their parents’ wrath. Shaming can make them believe they are, in fact, liars. Why bother telling the truth?

Listen fully and with acceptance

To help kids understand why their lie was wrong and how they can avoid lying in the future, it’s important to listen to and accept them completely. Acceptance here means that you’re accepting your child; you’re not accepting the lie.

When your child lies, hold them accountable

Listening and accepting keep the conversation positive. The fact remains, though, that your child lied. Holding them responsible is crucial. Explain that while you appreciate what they said, it doesn’t change the fact that they lied. Assign your consequence (a loss of privileges, perhaps) and emphasize that it’s for the lie.

Having clear rules and consequences already in place are important. Kids need to know what’s expected of them. It makes things easier for you, too, as you don’t have to think of consequences on the spot.

Important to do when your child lies: know when to back off

Keep the conversation short and simple. Do let your child talk, but avoid giving long rebuttals to what they said. Once you’ve given the consequence, end the conversation. Hug your child, and ask if they want to play a game (or similar). Let them go decompress in their room if they’d rather. Either way, don’t bring up the lie again.

Sometimes, you might want to revisit something your child said but wait until the next day when everyone’s emotions have settled down ("What Behavior Modification Techniques Might Help My Child?").

What to Do When Your Child Lies: Prevent It from Happening

When it comes to knowing how to discipline a child for lying, the key lies in stopping it before it starts. To prevent lying behavior issues from starting, build and nurture a strong parent-child relationship. Your relationship is the foundation for everything, including honesty. When your kids feel attached to you, they want to have a strong connection. When your relationship is based on positive communication and trust, kids are less likely to lie.

To foster an ongoing connection, spend time with your child. Giving them undivided attention every day and doing things with them is a powerful way to build trust and honesty.

One final thing you should do when your child lies: Ask them how they can regain your trust. Let them generate ideas and help the follow-through. Addressing lying behavior beyond consequences teaches them the value of honesty.

APA Reference
Peterson, T. (2019, July 23). What Should You Do When Your Child Lies?, HealthyPlace. Retrieved on 2023, February 7 from https://www.healthyplace.com/parenting/discipline/what-should-you-do-when-your-child-lies 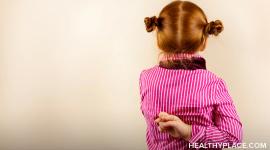 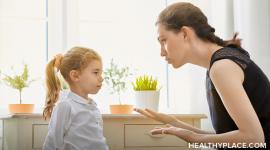 Do You Really Know How to Discipline Your Child? 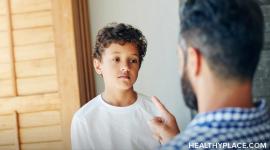 I Need to Know How to Discipline My Child with ADHD. Now. 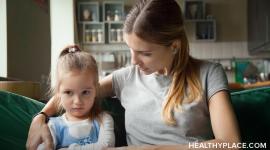 Discipline and Interventions for Child with DMDD

Is There a Perfect Parenting Guide?

The Impact of ADHD on Siblings