The Split Narcissist - Unstable and Unpredictable and Deadly

That the Narcissist possesses a prominent False Self as well as a suppressed and dilapidated True Self is common knowledge. Yet, how intertwined and inseparable are these two? Do they interact? How do they influence each other? And what behaviours can be attributed squarely to one or the other of these protagonists? Moreover, does the False Self assume traits and attributes of the True Self in order to deceive?

Two years ago, I suggested a methodological framework. I compared the Narcissist to a person suffering from the Dissociative Identity Disorder (DID) - formerly known as the "Multiple Personality Disorder" (MPD).

Here is what I wrote:

"A debate is starting to stir: is the False Self an alter? In other words: is the True Self of a narcissist the equivalent of a host personality in a DID (Dissociative Identity Disorder) - and the False Self one of the fragmented personalities, also known as 'alters'?"

"My personal opinion is that the False Self is a mental construct, not a self in the full sense. It is the locus of the fantasies of grandiosity, the feelings of entitlements, omnipotence, magical thinking, omniscience and magical immunity of the narcissist. It lacks so many elements that it can hardly be called a 'self'."

"Moreover, it has no 'cut-off' date. DID alters have a date of inception, being reactions to trauma or abuse. The False Self is a process, not an entity, it is a reactive pattern and a reactive formation. All taken into account, the choice of words was poor. The False Self is not a Self, nor is it False. It is very real, more real to the narcissist than his True Self. A better choice would have been 'abuse reactive self' or something like this."

"This is the core of my work. I say that narcissists have vanished and have been replaced by a False Self (bad term, but not my fault, write to Kernberg). There is NO True Self in there. It's gone. The Narcissist is a hall of mirrors - but the hall itself is an optical illusion created by the mirrors ... This is a little like the paintings of Escher."

"MPD (DID) is more common than believed. The emotions are the ones to get segregated. The notion of 'unique separate multiple whole personalities' is primitive and untrue. DID is a continuum. The inner language breaks down into a polyglottal chaos. Emotions cannot communicate with each other for fear of the pain (and its fatal results). So, they are kept apart by various mechanisms (a host or birth personality, a facilitator, a moderator and so on)."

"And here we come to the crux of the matter: All PDs - except NPD - suffer from a modicum of DID, or incorporate it. Only the narcissists don't. This is because the narcissistic solution is to emotionally disappear so thoroughly that not one personality/emotion is left. Hence, the tremendous, insatiable need of the narcissist for external approval. He exists ONLY as a reflection. Since he is forbidden from loving his true self - he chooses to have no self at all. It is not dissociation - it is a vanishing act."

"This is why I regard pathological narcissism as THE source of all PDs. The total, 'pure' solution is NPD: self extinguishing, self abolishing, totally fake. Then come variations on the self hate and perpetuated self abuse themes:
HPD (NPD with sex or the body as the source of narcissistic supply), BPD (emotional lability, movement between poles of life wish and death wish) and so on.
Why are narcissists not prone to suicide? Simple: they died a long time ago.
They are the true zombies of the world. Read vampire and zombie legends and you will see how narcissistic these creatures are."

Many researchers and scholars and therapists tried to grapple with the void at the core of the Narcissist. The common view is that the remnants of the True Self are so ossified, shredded, cowed into submission and repressed - that, for all practical purposes, they are functionless and useless. In treating the Narcissist, the therapist often tries to invent a healthy self, rather than build upon the distorted wreckage strewn across the Narcissist's psyche.

But what of the rare glimpses of True Self that the unfortunates who interact with Narcissists keep reporting?

If the pathological narcissistic element is but one of many other disorders - the True Self may well have survived. Gradations and shades of narcissism occupy the narcissistic spectrum. Narcissistic traits (overlay) are often co-diagnosed with other disorders (co-morbidity). Some people have a narcissistic personality - but NOT NPD! These distinctions are important.

A person may well appear to be a narcissist - but is not, in the strict, psychiatric, sense of the word.

In a full-fledged Narcissist, the False Self IMITATES the True Self.

To do so artfully, it deploys two mechanisms:

It causes the Narcissist to re-interpret certain emotions and reactions in a flattering, True Self-compatible, light. A Narcissist may, for instance, interpret FEAR - as compassion. If I hurt someone I fear (e.g., an authority figure) - I may feel bad afterwards and interpret my discomfort as EMPATHY and COMPASSION. To be afraid is humiliating - to be compassionate is commendable and earns me social acceptance and understanding.

The Narcissist is possessed of an uncanny ability to psychologically penetrate others. Often, this gift is abused and put at the service of the narcissist's control freakery and sadism. The Narcissist uses it liberally to annihilate the natural defences of his victims by faking unprecedented, almost inhuman, empathy.

This capacity is coupled with the Narcissist's ability to frighteningly imitate emotions and their attendant behaviours. The Narcissist possesses "resonance tables". He keeps records of every action and reaction, every utterance and consequence, every datum provided by others regarding their state of mind and emotional make-up. From these, he then constructs a set of formulas which often result in impeccably and eerily accurate renditions of emotional behaviour. This is enormously deceiving.

The Narcissist is our first encounter with carbon-based artificial intelligence. Many wish it were the last.

next: The Anxiety of Boredom - Most Worried When I Am Bored 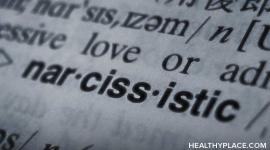 In Defense of Psychoanalysis - Introduction